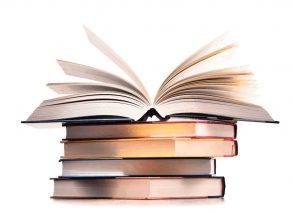 For some fiction and other books we like, go here)

Recent years have seen the publication of an increasing number of books having the effect of exploding long-held myths about such subjects as work, cooperation and competition, human nature, population, resources, and what a future socialist society might look like. Many of these books have been reviewed or otherwise written about in the Socialist Standard. Below is a list of some of those books with brief summaries of contents and links to reviews or articles in the Socialist Standard.

Beyond Money. A Post-Capitalist Strategy

. Anitra Nelson. Pluto Press, 2022.
Puts centre-stage ideas and discussions about how to dispense with capitalism and establish a new society based on collective production for direct use. Argues compellingly that the only way to achieve a post-capitalist future is to abolish money, or it is not post-capitalism at all.

Moneyless Society. The Next Economic Evolution

. Matthew Holten. Clearsight, 2022.
Arguments for a society without markets and money signposted in clearly labelled sections and expressed in down-to-earth eminently readable language.

Description of the World of Tomorrow. A World Without Money or Barter or Exchange: a Civilisation of Free Access. Jean-Francois Aupetitgendre and Marc Chinal. Editions Réfléchir n’a Jamais Tué Personne, 2021.
Explains why the current society, based on commerce, exchange, competition, hierarchy and production for profit (ie, capitalism), does not suit human beings and why it must urgently be superseded by a different kind of society one of ‘comfortable abundance’ based not on profit but on mutual cooperation, real democracy and production for need. (French language)

A World Without Money or Politicians

. Colin Walpole. 2017.
Argues for getting rid of a money economy and replacing politicians by direct democracy, since ‘money gets in the way of self-fulfilment’.

Beyond Money: Yenomon. Anitra Nelson. 2022. Video review.
7-minute film echoing the themes of ‘Beyond Money: a Post-Capitalist Strategy’ (see above), i.e. ‘a world without money, a world based on real values, social and ecological values, a world where we co-govern all together deciding what we do, make and get’.

Wageless Life. A Manifesto for a Future Beyond Capitalism

. Ian G.R. Shaw and Marv Waterstone. University of Minnesota Press, 2020.
Dramatic statement of the realities of advanced capitalism, described as ‘a war of profit against life on earth’, but does not go as far as advocating the money-free economy that would transform that.

Survival of the Friendliest: Understanding Our Origins and Rediscovering Our Common Humanity

. Brian Hare and Vanessa Woods. Oneworld, 2020.
Worthwhile account of human evolution, where co-operation and friendliness have played a crucial role in making modern-day humans such an intelligent and technologically-advanced species, with the potential to live in a world of equality where all needs are met.

Ultrasocial. The Evolution of Human Nature and the Quest for a Sustainable Future

. John Gowdy. Cambridge University Press, 2021.
Gives unqualified and authoritative support to the view that ‘human nature’ is not a fixed entity but eminently flexible and adaptable to circumstances and advocates starting down ‘a new evolutionary path compatible with basic human needs and our place in nature’.

. Rutger Bregman. Bloomsbury, 2020.
Rejects the notion of an innately self-serving, potentially evil human species, explaining behaviour, pro-social or anti-social, as the reaction of hugely adaptable and flexible beings to conditioning and circumstance. Argues that ‘human beings claim togetherness and interaction’ and ‘our spirits yearn for connection just as our bodies hunger for food’.
See the 2022 audio page for some resources on Bregman’s ideas, or jump straight to the talk here.

Team Human. Douglas Rushkoff. Norton, 2019.
Calls upon wide ranging research on human evolution, anthropology and psychology to argue that human beings are essentially social creatures and that we achieve our aspirations best when we work together, not as individuals. Talk based on this book.

Automation and the Future of Work

. Aaron Benanav. Verso, 2020.
Offers an original and thoroughgoing critique of the current social system and poses a radical solution to its never-ending problems: the abolition of the wages system and a ‘post-scarcity’ society of abundance.

. Aaron Bastani. Verso, 2019.
Argues that the development of the productive forces via technology makes a society of abundance for all a strong possibility.

A World Without Work. Technology, Automation and How We Should Respond

. Daniel Susskind. Allen Lane, 2020.
Compelling arguments that work (but not employment) is a basic human need, ‘a source of meaning, purpose and direction in life’, and that community recognition of that work rather than market wages fulfils the longing for personal fulfilment and social interaction.

Sitopia. How Food Can Save the World

. Carolyn Steel. Chatto & Windus, 2020.
A history of food, its consumption and its intersection with the concept of nature and work, showing humankind’s history as largely one of group cooperation and human beings as natural and inventive collaborators. Shows that enough food is already produced to feed everyone on the planet many times over but the system we live under prevents that from happening. Expresses a desire to see a world in which those resources are made available to all but sees that as needing a different social and political structure, described at one point as ‘common ownership’.

Build Bridges Not Walls. A Journey To A World Without Borders

A Radical History of the World

. Neil Faulkner. Pluto Press, 2018.
Shows profound knowledge and understanding of the nature of capitalism, slicing through complexity and challenging the idea that historical judgement has to be ‘neutral’, but seeing change in terms of Trotskyist-style leadership revolution rather than democratically established abolition of the wages system.

Socialism or Your Money Back

. Articles from the Socialist Standard 1904-2004.
70 articles providing a running commentary from a socialist perspective of the key events of the first 100 years of the Socialist Party.