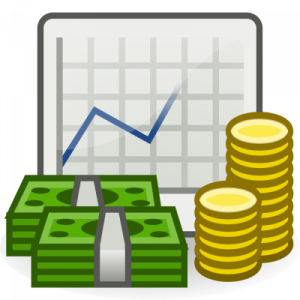 The word capitalism is now quite commonly used to describe the social system in which we now live. It is also often assumed that it has existed, if not forever, then for most of human history. In fact, capitalism is a relatively new social system.

[For a brief historical account of how capitalism came into existence a couple of hundred years ago, see Marx and Engels’ Communist Manifesto]

But what exactly does ‘capitalism’ mean? Capitalism is the social system which now exists in all countries of the world. Under this system, the means for producing and distributing goods (the land, factories, technology, transport system etc) are owned by a small minority of people. We refer to this group of people as the capitalist class. The majority of people must sell their ability to work in return for a wage or salary (who we refer to as the working class.)

This is what we mean when we say there are two classes in society. It is a claim based upon simple facts about the society we live in today. This class division is the essential feature of capitalism. It may be popular to talk (usually vaguely) about various other ‘classes’ existing such as the ‘middle class’, but it is the two classes defined here that are the key to understanding capitalism.

It may not be exactly clear which class some relatively wealthy people are in. But there is no ambiguity about the status of the vast majority of the world’s population. Members of the capitalist class certainly know who they are. And most members of the working class know that they need to work for a wage or salary in order to earn a living (or are dependent upon somebody who does, or depend on state benefits.)

In capitalism, the motive for producing goods and services is to sell them for a profit, not to satisfy people’s needs. The products of capitalist production have to find a buyer, of course, but this is only incidental to the main aim of making a profit, of ending up with more money than was originally invested. This is not a theory that we have thought up but a fact you can easily confirm for yourself by reading the financial press. Production is started not by what consumers are prepared to pay for to satisfy their needs but by what the capitalists calculate can be sold at a profit. Those goods may satisfy human needs but those needs will not be met if people do not have sufficient money.

The profit motive is not just the result of greed on behalf of individual capitalists. They do not have a choice about it. The need to make a profit is imposed on capitalists as a condition for not losing their investments and their position as capitalists. Competition with other capitalists forces them to reinvest as much of their profits as they can afford to keep their means and methods of production up to date.

As you will see, we hold that it is the class division and profit motive of capitalism that is at the root of most of the world’s problems today, from starvation to war, to alienation and crime. Every aspect of our lives is subordinated to the worst excesses of the drive to make profit. In capitalist society, our real needs will only ever come a poor second to the requirements of profit.

It is widely assumed that capitalism means a free market economy. But it is possible to have capitalism without a free market. The systems that existed in the U.S.S.R and exist in China and Cuba demonstrate this. These class-divided societies are widely called ‘socialist’. A cursory glance at what in fact existed there reveals that these countries were simply ‘state capitalist’. In supposedly ‘socialist’ Russia, for example, there still existed wage slavery, commodity production, buying, selling and exchange, with production only taking place when it was viable to do so. ‘Socialist’ Russia continued to trade according to the dictates of international capital and, like every other capitalist, state, was prepared to go to war to defend its economic interests. The role of the Soviet state became simply to act as the functionary of capital in the exploitation of wage labour, setting targets for production and largely controlling what could or could not be produced. We therefore feel justified in asserting that such countries had nothing to do with socialism as we define it. In fact, socialism as we define it could not exist in one country alone—like capitalism it must be a global system of society.

It is also possible (at least in theory) to have a free market economy that is not capitalist. Such a ‘market economy’ would involve farmers, artisans and shopkeepers each producing a particular product that they would exchange via the medium of money. There would be no profit-making and no class division—just independent producers exchanging goods for their mutual benefit. But it is doubtful whether such an economy has ever existed. The nearest that may have come to it would have been in some of the early colonial settlements in North America. Some Greens wish to see a return to this kind of economy. We do not think that it is a viable alternative for modern society. Such a system would almost inevitability lead to capital accumulation and profit making—the definitive features of capitalism.

[For more detailed accounts of what capitalism is, see Marx’s Wage Labour and Capital, Marx’s Value, Price and Profit, or Fredy Perlman’s The Reproduction of Daily Life.]

Next What is socialism?