A world without money

It’s encouraging that the free access moneyless system of society that’s fundamental to socialism has recently been the subject of several books from different parts of the world. The Socialist Standard has already reviewed Beyond Money. A Post-Capitalist Strategy by Anitra Nelson from Australia and Description of the World of Tomorrow. A World Without Money or Barter or Exchange: a Civilisation of Free Access by Jean-Francois Aupetitgendre and Marc Chinal from France. And now we have another new book on the subject, a sort of ‘blockbuster’ from the United States, Moneyless Society: the Next Economic Evolution by Matthew Holten. 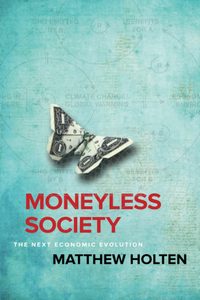 How we live and how we could live

The author has let it be known that he worked on this book for five years. So perhaps it’s not surprising that he succeeds in bringing together a detailed and well-researched set of arguments for getting rid of the inefficient life-destroying system we live under – capitalism – and replacing it with a new efficient life-affirming one based on cooperative production and distribution and free access to all goods and services. We would call this socialism (the author doesn’t, but never mind). His book moves from a thunderously powerful critique of the current world system to a well-explained and thoroughly credible scenario of a different kind of life for the earth’s population, one in which no one need fear poverty, want or futility. It dismantles the profit system and then moves to constructing in its place a compellingly believable world without markets, without buying and selling, without rich and poor in which all lead comfortable lives based on from each according to ability to each according to need. His arguments are a thoroughly convincing model of ‘How We Live and How We Could Live’, signposted in clearly labelled sections and expressed in down-to-earth eminently readable language.

The author divides his book into two broad parts: ‘The Problem’ and ‘The Solution’. In the first part he sketches a history of money across the various human societies in which it has been used right up to present-day capitalism. He then focuses on how the money and profit-driven nature of the capitalist system has created – and continues to create – a whole range of negative, and often unforeseen, consequences for the planet and its people. At a very basic level, he points to the ‘exploitative relationship between employers and employees’ and ‘the never-ending struggle that many of us endure daily to work, pay our bills, and survive’. That is, of course, he goes on, if we can find paid work at all, since many can’t, and, he continues, ‘according to the UN, 25,000 people die from hunger every day’ and ‘one out of every three people on the planet still lacks access to safe drinking water’. This ‘scarcity’, he concludes, is entirely artificial and due to the chaotic nature of capitalist production and distribution.

At the same time, he has much to say about what he calls ‘resource overshoot’, the way in which ‘capitalism exploits and destroys the Earth and everything that depends on it’ and how such ecological devastation, which includes deforestation, overfishing, and desertification, leads to phenomena such as ocean dead zones, bleaching of coral reefs, biodiversity loss, pollution, wildfires, droughts and climate change. He talks, with compelling rhetoric, of ‘the roar of anguish of burning forests, the animals who cannot flee infernos and flooding, sea creatures drowning in oceans of plastic and chemicals’. Even when capitalism seeks remedies, at best, he says, it ‘treats symptoms’ and even then ‘often exacerbates issues it may seek to address’. Above all, he sees it as militating against ‘two of human society’s core elements, cooperation and empathy’. This is a theme he will take up in more detail in the second part of this book where he lays out his plan for change to a society based not on money but on those ‘core elements’ and for how that society might be established and operate. 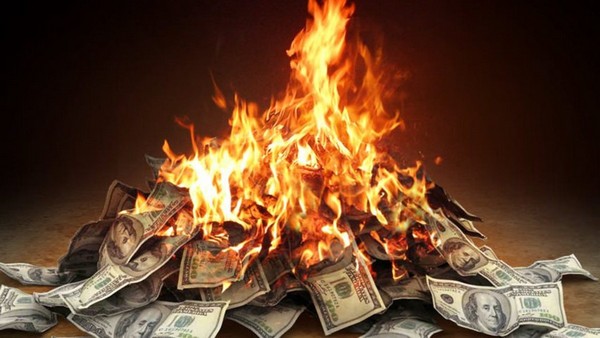 So the second part focuses on how a new moneyless society could be established and work and how many features of that society can already actually be seen existing in the world today – in spite of the constraints the current system imposes on their optimal use. He refers to these features as ‘future systems in action’, focusing in particular on the way capitalism’s advanced technology, which has built a world ‘ripe for the next phase of our socioeconomic evolution’, can be put to use. It can develop for example, he argues, a ‘super-grid’ (ie, ‘a large-scale electric grid… enabling the transfer of renewable generated electricity over long distances’), automatic manufacture and assembly of goods by 3D printing, and democratic organisation and decision-making by use of advanced, user-friendly data systems. He is insistent that ‘we already have the systems and technology to create real, lasting abundance and sustainability’ with resources capable of providing ‘all necessities and more for every living person on the planet’.

Witheringly critical in particular of the way in which capitalism plunders the environment in its search for profit, he sees a moneyless society as capable of establishing what he calls an ‘ecological balance’, building ‘a life-supporting ecology’, which would ensure ‘a world that respects the limits of nature, the interconnectedness of everything in our environment, and the dignity of all life’. He expresses conviction that ‘new and existing technologies, managed with care and with respect to maintaining balance in our environment, can provide all our necessities and more’ and also ‘create real, lasting abundance and sustainability’.

Objections and call to action

He goes on to discuss the ways in which he sees the transition to a moneyless society taking place and then poses and answers, in convincing fashion, some of the most common ‘objections’ (many of which socialists are used to hearing) to a free access society of voluntary cooperation without money and wages. These are objections such as ‘don’t we need money as a motivator?’, ‘aren’t human beings intrinsically lazy and selfish?’, ‘would there be enough to go round?’, ‘how could we operate an economic system without a pricing mechanism?’, etc. Finally, he issues a ‘Call to Action’ urging those who agree with the need for a moneyless society and see it as possible to share their views with others and ‘get this information into the world’, thereby helping to put into the mainstream an idea that may currently seem ‘extreme’ to many. He also encourages people to communicate, cooperate and associate themselves with other movements with similar ideas, listed in a ‘Resources’ appendix to the book. Here he includes some 50 organisations, including the World Socialist Movement, as well as, for example, his own ‘Moneyless Society’ group, the Auravana Project, the New Zealand Money Free Party and the Zeitgeist Movement.

Gradualism or the ballot box?

All this is immensely encouraging to organisations like the World Socialist Movement which have the same fundamental objective as the author. There is one area, however, in which the WSM would have to part company with Matthew Holten. That is in his view of how the objective can be achieved. The author of Moneyless Society sees that in terms of a gradual transition over several generations within the capitalist system. He anticipates a relatively long period of the ‘winding down of capitalism’ during which ‘the disparity between the least and most privileged will largely vanish’ but ‘people will still be paid to work’. He posits a model for this to happen incrementally, calling it ‘The Five Stages of Transition’, seeing it as a period during which support for a global moneyless society increases and plans for its operation are being laid out.

While socialists too would foresee plans for the operation of a socialist society being made within capitalism ahead of the establishment of socialism, we would not, for example, see this, as the author does, as being assisted by ‘world leaders’. Rather we would see ‘world leaders’ doing their best to head it off by offering all manner of reforms within capitalism to try to deflect and restrain the growing spread of socialist consciousness and the call for a new society. After all, the function of governments is to be the executive committee of the capitalist class, to manage capitalism as well as they can in the interests of those who own and control the means of production, not in the interests of society as whole. This can never be any different, but in the end they would have no choice but to succumb to the outcome of elections which saw candidates advocating a moneyless, wageless, leaderless society based on voluntary cooperation and free access to all goods and services gaining majority support and then taking control of society and putting into practice the democratic organisational forms which the majority has agreed.

It does not seem to have occurred to the author, highly commendable as his vision is, that a mass democratic movement using the ballot box to win the political control needed to coordinate the change effectively is the most likely and most practical way to achieve a moneyless, marketless society. This once the necessary spread of consciousness has been achieved and plans to democratically organise that society are in place. However, this divergence between the author’s view and that of socialists can perhaps best be seen not as a difference in overall vision but rather one of strategy. And in that sense what we have here is an important and highly refreshing book putting centre-stage ideas and discussions about how to dispense with capitalism and establish a new society based on a sustainable balance between cooperative production for use and ecological stewardship of the planet.