Material World – the pimps of war

For a capitalist, Winston Churchill’s saying ‘never let a good crisis go to waste’ has never been so apt as in the case of the Russia-Ukraine war. Businesses are making profits from the conflict in Ukraine from the increase demand for liquefied natural gas. Cheniere Energy, America’s largest LNG exporter, says about 70 percent of shipments from its facilities in Texas and Louisiana have gone to Europe, compared with roughly 30 percent last year.

As Europe attempted to reduce its reliance on Russian energy, the reduction in gas from Russia meant acquiring new suppliers. In stepped the United States but the price the Europeans have to pay is almost four times higher than the price for American customers.

Beatrice Mathieu, head of the economy department of the French magazine L’Express, explains:

‘Washington’s unwavering support for Ukraine makes the United States the big winner in the global stage without a single soldier needing to set foot onto Ukrainian soil,’ with undeniable geostrategic, economic, military and political gains, she said (bit.ly/3gWhLBT).

‘The desire to skim the cream through the mass sale of military equipment and LNG supplies: nothing personal, just business’ (bit.ly/3H5D1Qa).

Mere Moscow propaganda, one could easily suspect, if it was not for the fact that President Biden has also rebuked oil companies for ‘profiteering’ from Russia’s invasion of Ukraine:

‘It’s time for these companies to stop war profiteering… At a time of war, any company receiving historic windfall profits like this has a responsibility to act beyond the narrow self-interest of its executives and shareholders’ (on.ft.com/3H5DbqK). 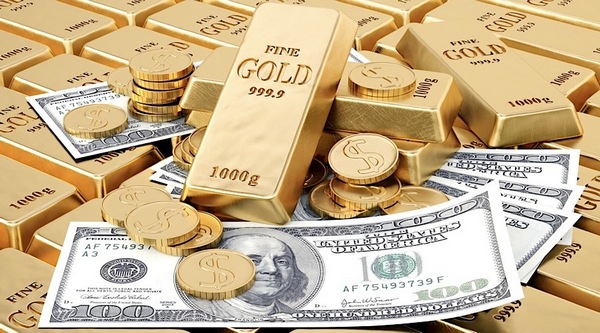 It’s all got too much for the EU. Germany’s economy minister has called on Washington to show more ‘solidarity’ and help reduce energy costs. French president Macron said high US gas prices were not ‘friendly’ and has talked of a ‘double standard’ being created by the ‘super-profits’ of energy producers (on.ft.com/3UuA8M3).

The war in Ukraine has reinforced America’s role as the arsenal of the world. American arms manufacturers and many other armament corporations expect a big-time bonanza by providing weaponry to countries eager to boost their defences against Russia. There is likely to be a rise in orders to replenish military stocks, from various European countries, in particular for rockets and artillery.

Germany, for example, has announced an extra €100bn to modernise its military capability. Finland, an aspiring new candidate member of NATO, decided to grant an additional €1.7bn to arms and other defence material purchases this year alone:

‘A very significant share of it will go to purchases from the US’ Governmental Counsellor Iikka Marttila from Finland’s Defence Ministry said (yhoo.it/3uigdoW).

American isolationists such as Marjorie Taylor Greene have claimed too much money is being spent on Ukraine: ‘Under Republicans, not another penny will go to Ukraine’ and ‘Our country comes first’. But that is just exactly it. War is proving very profitable for the USA and its business leaders know it.

Russia’s war on Ukraine, both of them major food exporters, the effect of less abundant harvests in Ukraine, and the financial complications imposed by sanctions upon Russia have resulted in American producers increasing their exports of maize to Europe.

This calls into question whether food price inflation can be attributed solely to a shortage. The world is experiencing a food price crisis rather than a food supply crisis. Huge multinational food corporations are reporting record profits (bit.ly/3H3taup).

War tends to establish hegemony rivalries among nations in a certain geographic area. Russia paints the US and EU as its main adversaries with Ukraine portrayed as a pawn in a proxy war. In response Russia, as an imperialist superpower, used its military might to impose its will upon Ukraine to defend its ‘privilege’ to dominate the region. Western interests proclaim their ‘right’ to expand their influence where they deem fit, bringing nation-states into conflict. And while politicians prattle on about the morality and ethics of a ‘just’ war, corporate investors view the cost and pain through the prism of profits and dividends.

Next article: How political power works: what we can learn from the fall of Truss ⮞