Have the Tories gone socialist?

Events and circumstances occur that undermine and trash the accepted narratives and certainties of capitalist society and highlight capitalism’s shortcomings in providing for human needs. After the collapse of the Soviet bloc economies at the end of the 1980s, it was the received wisdom that the free market with its competition between private businesses was the only viable way to run society; economies with substantial state intervention stifled private investment and in their wake brought economic stagnation and decline. This orthodoxy was accepted by all mainstream political parties until capitalism entered another of its periodic crises with the financial crash of 2008. Governments of all hues were then forced, against their political instincts, to intervene to bail out the banks. However, with the large government debts and budget deficits that were built up as a result, capitalism’s supporters were able to draw attention away from the real cause of the crisis, capitalism, and pinpoint the blame on the state sector, in particular the welfare state. 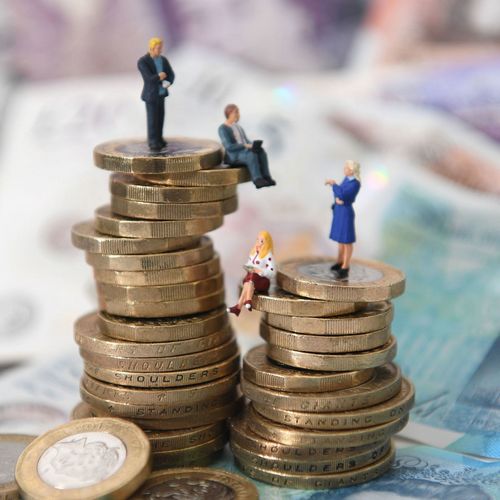 In the UK, David Cameron pursued this line of attack by accusing the previous Labour government of profligate spending, which left the state coffers empty, thus necessitating the build-up of government debt to combat the economic downturn. This narrative allowed Cameron to re-position the Tories as the responsible low-tax and small-state Party that helped him secure the election victories of 2010 and 2015.

In the 2019 General Election, Boris Johnson employed the same narrative to contrast his party with Jeremy Corbyn’s Labour Party which, it was alleged, would put the economy at risk with its spendthrift proposals. Along with his pledges to get Brexit done and ‘level up’ the country, he was able to coast to victory. However, almost as soon as he had his feet under the desk at Number 10 Downing Street, the coronavirus pandemic crisis came along and knocked his government sideways. The government was forced to take direct control of the economy by ordering the closure of retail and hospitality businesses during lockdowns, and had to fork out cash to subsidise them and pay 80 percent of the wages of their furloughed workers. Consequently, huge amounts of government debt were built up.

Having nearly maxed out the credit card, the government had little choice but to break an election pledge and raise taxes to fulfil another election promise to fix the social care system and also to help clear the backlog of NHS cases caused by the pandemic. Johnson chose to raise the National Insurance contributions for both employers and workers by 1.25 percent and taxation on dividends by the same percentage from April 2022. The government hopes to raise £36 billion over three years which will mainly be allocated to the NHS with some of the money going to social care. This raised howls of betrayal from the letter pages and columns of the Conservative press. The front page headline of the Daily Telegraph (8 September) screamed ‘Highest taxes since the War’. In a piece that appeared in the same newspaper the next day, the authors, Camilla Tominey and Tony Diver, apparently with a straight face wrote, ‘Yet the Conservatives’ newfound socialist drift threatens to pose even bigger problems for Sir Keir Starmer’.

Opponents of these measures from all political parties have pointed to the unfairness of the extra burden this extra levy would place on lower-paid workers. At first sight, we should be moved by this newfound concern shown by Tory politicians and media pundits for lower-paid workers, but unfortunately it does not seem to apply to all workers. Not to those who are about to have their Universal Credit benefits cut by £20 nor those who will be coming off furlough at the end of September and are facing unemployment. Labour’s compassionate stance overlooks the fact that the previous Labour government raised National Insurance to fund the NHS in 2002. It is not only for lower-paid workers that crocodile tears have been shed, but also for the low-wage young workers who have to pay for the older workers, who don’t pay National Insurance (aside from working pensioners who will be required to pay National Insurance from April 2023). Capitalism’s supporters never miss a trick, pitting younger workers against older ones.

The pandemic did not create the problems of health and social care, but exacerbated them and brought them into sharp relief. The government plans have been criticised for containing little in the way of reforming the NHS and the social care system. Some suggest that improvements could be made by adding private insurance into the system. This ignores the fact that private companies will only engage if they can squeeze as much profit as they can. All this chatter sidesteps the main problem in that social and health care currently takes place within a society where profit must take priority over human need. In other words, the capitalist state is limited in what finance it can provide without impinging on the profitability and competitiveness of the national state.

Raising taxes and government expenditure have nothing to do with socialism. These are tools employed by the capitalist state to manage the capitalist economy and as we have seen that the government cannot wield them as they please. Socialism is a society of common ownership where everyone has free access to the social product and there is no state, no wages system, and no money system.
OLIVER BOND