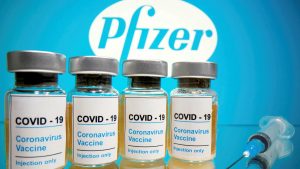 Things are continuing to move fast in Covid-world, as vaccines have started to be rolled out and new uncertainties have emerged about their probable efficacy. More information on the make-up of the various Phase 3 trials shows that, partly for ethical reasons, old and infirm sections of the population most at risk from Covid were least represented among the trial participants. Vaccines are designed to stimulate the immune system, which is much stronger in young people, so whether the vaccines will even work for older people is basically a guess. Moreover, as the British Medical Journal points out, the trials were not designed to test whether the vaccines could (a) prevent or mitigate serious illness or death, or (b) prevent onward transmission (bit.ly/3qSdIGV). Ignoring all this, governments are proceeding as if the vaccines are magic bullets.

This is not the fault of the research teams. If you want a vaccine fast, you’re going to have to accept some uncertainties. There just isn’t time to wait and see what the long-term pros and cons are. In some ways public ignorance might be bliss. If people believe the vaccines are proven as effective this will encourage uptake, without which no vaccination programme can work. Conversely, if workers dwell too heavily on the uncertainties involved, this could add force to the antivaxxer position and seriously undermine any global health strategy.

Early reports last month about a small number of rare allergic reactions were gleefully seized on by the media, for whom panicky headlines pay regardless of the down-stream consequences. But compared to libertarian ‘think-tanks’ and private bloggers with conspiracy axes to grind, the popular media are paragons of honesty and integrity. So much bogus information is flying about that it is nearly impossible for fact-checkers to combat it. There is a thing called Brandolini’s Law, which says that ‘the amount of energy needed to refute bullshit is an order of magnitude bigger than to produce it.’

The problem is not so much fake news, which is often reasonably easy to identify and debunk, as partial truths, which are much harder to disentangle and can look convincing even to a discerning eye. One of the problems with vaccine scepticism is that much of what the sceptics say about Big Pharma is correct.

For instance, it’s quite true that Big Pharma exists primarily to make profits and only secondarily to make drugs, so if more money can be made out of bad drugs than good ones, it will make bad ones. But how could bad drugs be profitable, you ask? They’re profitable if you own the intellectual rights to them and you have the power to market them, whereas good drugs won’t make you any money if you don’t own the rights. That’s why there’s so little research into new antibiotics, despite a global MRSA crisis, because most of the patents were taken out in the 1940s and have long since expired.

So normal working practice is to flood the market with a very large number (one clinical study suggested up to 92 percent) of only marginally effective or completely useless drugs — in the sense of delivering no extra benefit – in a bid to exploit intellectual property investments. As one pharmacoepidemiologist put it, ‘laws designed to encourage and protect meaningful innovation had been turned into a system that rewarded trivial pseudo-innovation even more profitably than important discoveries’ (bit.ly/38eQ5Qv). Next time someone tells you that capitalism encourages innovation and that socialism would simply stand still, tell them to go and look at Big Pharma.

Not only that, the profit motive also incites drug companies to try to drive down the time to market by repeatedly inducing regulators to shorten the period of regulatory approval, thus proportionately increasing health risks. How can they do this, you ask? Surely regulators are independent? No, they’re not. Drug companies have to pay governments for licences to operate, and for each approved drug. In practice this means that they can fund around half the cost of these regulatory bodies, such as the FDA in America and the MHRA in the UK. That gives them a lot of financial leverage in influencing decisions, or what’s known as ‘regulatory capture’ (bit.ly/37Yvuj3). A proposed solution is to remove industry funding in order to make regulators genuinely independent. But this would mean that drug companies wouldn’t have to pay anything towards the cost of regulating their own products. Most workers as well as politicians would regard this as absurd and illogical, not to say immoral. More to the point, as taxes derive ultimately from the capitalist class, it would mean that the non-pharma capitalists would be expected to subsidise the business costs of the pharma capitalists, a one-sided deal they could never be expected to consent to.

What is capitalism’s response to this no-win situation? It doesn’t have one. So, inevitably, regulators are in thrall to drug companies, who continually rewrite the rules and extort the market for profit through pointless sideways development, while many real global health concerns go unaddressed. Capitalism may have no solution, but what about going beyond capitalism? It should be obvious that if you take the profit motive out of this arrangement by making everything free, as only a post-capitalist common ownership society could do, these difficulties would evaporate, and the way cleared for real innovation, proper regulation, and decent, effective drugs.

Alright, but this is old news, so why now? Because the anti-pharma narrative is currently being blended into antivaxxer propaganda in doses of half-truth, half-placebo. If vaccine sceptics think that because Big Pharma is bent, we should avoid their drugs, they need to take a wider look. The food industry is easily as corrupt as Big Pharma. Does that mean we shouldn’t eat food? The oil and gas industry are dishonest propagandists (see October Pathfinders) and have propped up tyrannical regimes. Should we not heat our houses or turn on our lights? Think mobile phone industry, which caused the Congo civil war. Think Apple, where employees threw themselves off buildings in despair. Think clothing industry, and quasi-slave armies of women locked in collapsing fire-traps. Think plastics industry. Think any industry. Which of these should you boycott? Is the only answer to live naked in caves and eat grass?

The truth is, you can’t boycott the whole of capitalism when you’re still living in it, and you can’t change its market and money logic. The one thing you can do is abolish it, and thereby abolish the prostitution of the planet and the public good for the sake of private fortunes. It needn’t involve bullets, but it would still work like magic.