End of an Epoch? 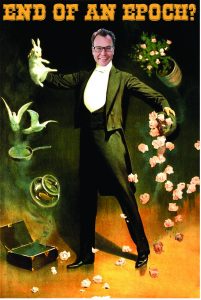 As the first wave of the Covid-19 crisis appears to be abating a little, some commentators have begun to speculate as to longer term consequences. That there will be marked social, economic and, therefore, political impacts is surely beyond doubt. But, how accurately can they be predicted?

One such commentator is Bruce Fenton, founder and Chief Investment Officer of Atlantic Financial. His monograph, ‘The End of an Epoch – A new beginning for capital markets in the twenty-first century’, published on 22 April, addresses sudden dramatic changes in human circumstance from the Palaeolithic to the present day and beyond, in 12 pages.

His opening sentence clearly sets out his contention: ‘We are at the end of an epoch.’ He goes on to state that those whose view is that with the end of Covid-19 things will return to ‘normal’ (his quotation marks) are greatly mistaken, ‘…where we are today will not be marked as…a recession, or even a depression, but as the end of an era.’

Fenton claims the old world has gone, that the change happened fast and is permanent. He expands on this notion by calling on recent historical examples. Every decade, he claims, is different, 1950s from the 60s, 70s distinct from the 90s. This is very neat history.

The problem is that history is not so conveniently apportioned. 1967 may have had a radically different appearance to 1957, but it was on-going changes through the 50s, development of rock and roll, for example, leading to Jimi Hendrix at Woodstock, that manifested in the 60s. 1960 had more features in common with 1959 then 1969.

There are indeed moments in history that can be identified as having a significant impact. The Black Death so devastated the population it effectively severed the peasant feudal ties to the land, transforming them into a rural proletariat.

However, this is a partial view at best, reflecting circumstances in England. The Black Death was equally devastating throughout Europe without having an effect to the same degree on social relations. It is possible that warreners, who arrived with the Normans to supply the new overlords with rabbit meat, were the origin of free labour as, being not tied to the land, they worked outside the feudal structure.

Fenton looks to the flu virus of 1918 as an illustration of how pandemic brings epoch change. ‘The Spanish Flu was immediately followed by WW1 and a world that would never be the same.’ Is this merely a proof-reading error or an illustration of an uncertain grasp of historical detail?

The report goes on in a similar broad-sweeping manner, covering human (pre-)history from 2.5 million years ago in a few paragraphs. Interesting from a Marxist point of view is that he touches briefly on how from the Palaeolithic to relatively recent times people organised themselves around family/clan structures. ‘For more than 99.9% of our history, humans functioned and operated in groups’.

As someone working in finance, Fenton gives an interesting account of present (American) government action. Covid-19 provoked a corporate bailout by government in excess of $6 trillion, about $18,000 per citizen. This equates to the government taking $18,000 from every citizen, giving $16,800 to the corporations and then returning $1,200 to the citizen. ‘This is a bad deal’ he says.

In a section entitled, ‘Bad Economics’, Fenton illustrates his own bad economics. Either that or he is literally a financial wizard. ‘One of the most beautiful things about economics (and something socialists don’t understand) is that both capital and value can be created from nothing’. Unfortunately for him, socialists do understand. The examples he goes on to give confuse value and price, as if they are one and the same. It seems Fenton does not appreciate Marx’s concept of socially necessary labour required to produce value in commodities.

While theoretically, price and value closely equate across all society and its production and exchange of commodities, this is not necessarily so regarding any specific commodity at any specific time. Fluctuations in supply and demand or other factors can mean a commodity can sell at a price above or below its value. If Fenton is banking (perhaps literally) on drawing white rabbits of value from the financial conjuror’s top hat, then he is a magician convinced by his own illusions. This is a problem for him as he states at the very top of his ‘Solutions’ the following, ‘Laissez-faire economics – good economic principles work and are needed now more than ever’. However, the solution he proposes is actually no solution at all – crisis over, it’s back to monetarism (Hayek gets a credit); capitalism that’s nasty, brutish and short-sighted, its vision transfixed by profit alone.

Fenton goes on, ‘We must avoid communism, socialism, corporatism and failed ideologies’. He gives no reasons why communism and socialism should be avoided, he must presume it is self-evident, referring to the models in popular consciousness. For communism we should read the soviet system and its variants. The difficulty here for Fenton is that communism is a system of common democratic ownership of the means of producing for need not profit, in a wageless society without states and/or national boundaries. That soviet ‘communism’ met none of those criteria means the state capitalism that was the reality offers no insight into communism, something as yet unrealised anywhere. Perhaps socialism was the path towards communism the soviet system was travelling? Except socialism is not some transitional phase, but a synonym for communism, so the same objection applies.

How, if the driving principle is to be laissez-faire, is corporatism to be avoided? Capitalism drives towards monopoly, which can only be ameliorated, this side of socialism/communism, through state intervention.

As for failed ideologies, how about beginning with the prevailing capitalist ideology of letting the market determine production. When SARS broke out in 2003, the market demand for a vaccine set pharmaceutical R&D into action. Progress was made, but that virus proved not so resilient, infection rapidly declined and with it the prospect of profits from a vaccine. Research promptly ceased. 17 years later and Covid-19, a coronavirus related to SARS, means starting to developing a vaccine once more. People are dying so the market is buoyant again.

In his conclusion Fenton says, ‘The old is gone and cannot be repaired, only rebuilt. The 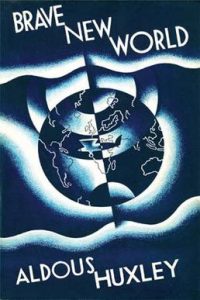 new world is a green field of opportunity. It is time to build something better than we ever had before’. He is absolutely correct. People can decide not to go backwards and take the uneasy easy option of settling for some version of what was.

The present pandemic and the likely prospect of others to come, the environmental threat of global warming, the increasingly crisis-ridden nature of capitalism that can only pursue profit regardless of human need requires the building of a new world. A socialist world (see above). Otherwise, it’s back to a new old and cross your fingers. Difficult if you’re sitting on your hands.