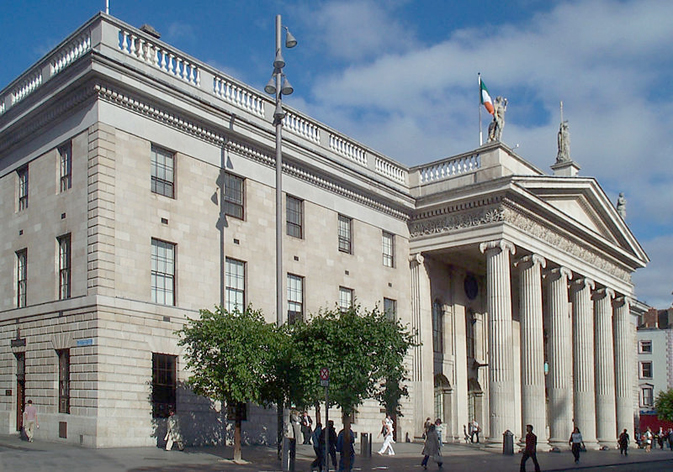 A grave armed revolt in Dublin against English rule is raging at the time of writing. It is a revolt doomed from the outset, both because of the futility of its narrow nationalist aims, and the utter hopelessness of such a revolt against the mighty organised force of the political State. It is, apart from the fact that Socialism alone is worth fighting for, yet another illustration (if such were needed) that the organised Socialist conquest of the political power of the State is the only way, and that mere mob violence plays into the hands of the oppressor and strengthens the gyves that fetter us. Such a revolt, however, is the natural result of centuries of alien oppression, which has forced the ideas of Irishmen into nationalist channels and blinded them to its futility. And it is at the same time a fitting commentary on the pervid declarations of the British champions of “honour” and “righteousness” that “they” are fighting, above all, for the “rights of small nationalities”. (Editorial, May 1916)

The capitalist class – national and international – being in possession of the wealth stolen from the workers, compete with each other for the control of the world’s markets. This capitalist class, split into warring factions, are continually embroiled in trouble over the disposal of the wealth on the markets, but they present a solid front to the workers whenever the latter get out of hand in the endeavour to better their conditions of life. We have just witnessed in Ireland an example, where, as a result of an incorrect conception of their position in society, thousands of working men and women flocked into the Sinn Fein movement, only to be butchered by their oppressors in control of the armed forces of the State.

It is true that the Irish workers have a fearful struggle to live, like the rest of their class the world over. But an anti-social movement like theirs, with “Ireland for Irishmen” for its slogan, was doomed to failure from the start. We, the working men and women who form the Socialist Party of Great Britain, sympathise with our fellow workers in Ireland in their struggle against the hideously squalid conditions that prevail among them, but must record our hostility to any movement that is not based upon the class struggle. (The Prize-Fighter’s Evidence, July 1916)

We have heard much in times past on the subject of German atrocities, but the revelations vouchsafed to us in connection with the Dublin revolution leaves the question, a very debatable one as to whether the ruling class here are any better than elsewhere. The shooting of Sheehy Skeffington and two other journalists affords an illustration of the point. The details are rather significant, particularly the second shooting of Skeffington, when it is borne in mind that the officer who gave the order is declared insane. The reports of the court-martial to be found in the columns of the “Daily Chronicle” for June 7th and 8th are highly interesting. (By the Way, July 1916)

The latest blunder of the Irish working class is in the support given to the Sinn Fein movement, which seeks to establish a republic, with the examples of France and the United States before them proving conclusively the futility of such an experiment to abate their ever-growing poverty. The form of government makes no difference to the workers. Government implies subjects and under the capitalist system of society the actual government machinery, Parliament, councils and judiciary, etc., are representative of the capitalist class – the necessary machinery for ruling a subject class composed of wage-slaves. (….)

It is a false notion of the Sinn Feiners and Nationalists that the Irish workers must struggle for national independence before they can tackle the problem of poverty. But the working class everywhere is under one capitalist government or another. To split territories, set up new governments, or to re-establish old ones will not help them nor even simplify the problem. Their only hope lies in the speedy establishment of Socialism. They must join hands with the workers of the world, and make common cause against the ruling class. They must make ready use of the last war – the war of the classes, in which classes will be abolished and a real equality established on the basis of “common ownership and democratic control of all the means of life.” (The Irish Question in History, August 1916. Full article here)

The difficulties already existing in Ireland, coupled with the feelings engendered by the ruthless use of the military both during and since the futile “rebellion” would seem to make the game [of imposing conscription on Ireland] scarcely worth the candle (…)

Not until the working class in Ireland clearly grip the essential fact that they are slaves to the master class no matter what nationality these latter may be; fully realise that such slavery is confined within no national boundary but is world wide; throw off the mental shackles of either “nationalism” or “religion,” and join hands with their fellow workers the world over to abolish capitalism –the cause of modern wars –not until then will they be free from oppression and tyranny and be able to enjoy the results of their efforts applied to Nature’s resources. (Conscription Continued, November 1916)