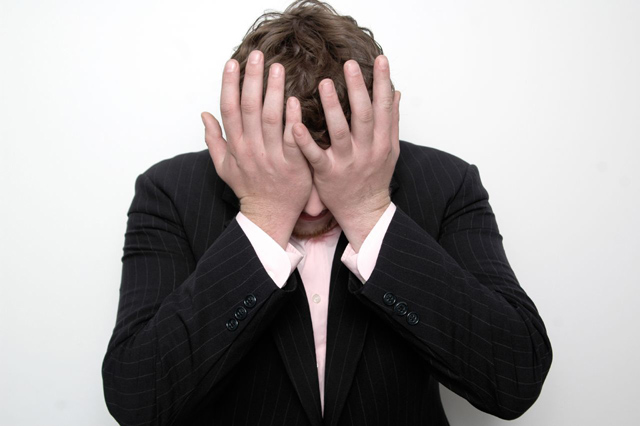 General practitioners are highly-qualified, do obviously important work and are paid well above the average wage. So you might expect them to be very contented and motivated workers, satisfied with their lot and well-respected by their patients and by society at large. But in fact GPs are leaving their posts in droves, taking early retirement or whatever. Medical students are increasingly unwilling to go into general practice, preferring specialisms of one kind or another, though some will end up as GPs anyway if they do not make the grade in a more specialised area. The number of unfilled GP posts has quadrupled in the last three years, and one doctor said he felt that ‘general practice is on the verge of being irreparably broken’ (BBC Online, 2 March).

The reason behind this situation is, in a word, stress. GPs work long hours, are subject to various pressures, and experience decreasing amounts of job satisfaction. A survey from 2013 found that around nine thousand GPs were expecting to quit the profession in the next five years: ‘A total of 86% of GPs reported considerable or high pressure from rising workload, 81% from paperwork and 78% from having too little time to do their job justice’ (gponline.com, 16 September 2013). Earlier this year, the British Medical Association published guidance aimed at ‘finding ways of freeing up GPs’ time for patient consultations by halting inappropriate, excessive and unresourced work’ (bma.org.uk, 14 January). Doctors in all jobs are subject to similar pressures, with relatively high rates of depression and anxiety.

In fact this is just part of the ever-mounting stress problems affecting health service workers, nurses as well as doctors. In London in 2014, almost 1500 nurses took time off because of stress, with an average of 38 days (Observer, 18 January), and perhaps as much as 30 percent of all NHS sick leave is caused by stress. Jobs are frozen or even cut, while an ageing population and poorer health in general in the recession mean an increase in patients, and all these lead to overwork by the staff who remain. In some disciplines, this may involve lengthy spells of solo working. One senior A&E nurse described the pressure placed on staff as worse than what she faced on the front line in the Iraq War. In September last year, a nurse in Walsall killed himself after months of working 14-hour days, six days a week.

The health industry is of course not the only one where workers experience high levels of stress, though the Health and Safety Executive (HSE) lists it as one of those with the highest prevalence (the others are given as education, social care, public administration and defence). The charity Mind reported in December that, more generally, 87 percent of emergency services staff and volunteers surveyed had experienced stress, low mood and poor mental health at some point in their work; but they are less likely than other workers to take time off for poor mental health. A report last year for the Prison Officers’ Association found, unsurprisingly, that many were subject to verbal and physical abuse from prisoners. But in addition, many felt impelled to go into work when unwell and were unable to ‘switch off’ outside work hours. Over a third had been diagnosed with a stress-related illness while working in the prison service. A similar report for the University and College Union found that 87 percent of respondents in further education felt their job was stressful, and 64 percent stated that their general level of stress was high or very high.

In 2013–14, there were 487,000 cases of work-related stress in Britain, resulting in over eleven million working days lost. To be more precise, these figures are for ‘work-related stress, depression or anxiety’, defined by the HSE as ‘a harmful reaction people have to undue pressures and demands placed on them at work’. Sometimes a distinction is drawn between pressure (when you feel you can cope with the demands placed on you) and stress (when you feel unable to do so). The HSE sees stress as a problem for employers as well as workers, since it can lead to increased absences and staff turnover, and to more mistakes by staff. So it gives out various kinds of advice, for instance that line managers (who may be stressed themselves) should be aware of issues of workload and harassment, handle sensitively people returning to work and generally provide appropriate support. Companies have a general duty of care to their workers, and under the Health and Safety at Work Act of 1974 employers have a duty to minimise the risk of stress-related illness or injury to employees, though of course that does not imply that such minimising will take place.

Inevitably the EU has set up a body to deal with these matters, the European Agency for Safety and Health at Work. This is currently running a campaign ‘Healthy Workplaces Manage Stress’, launched in April last year and due to culminate in a summit this November. It is intended to provide ‘the support, guidance and tools needed to effectively manage work-related stress and psychosocial risks’. Employers and workers need to work together to combat stress, supposedly, and the whole enterprise is based on the assumption that things will go well as long as reasonable people are well-informed and co-operate and show genuine concern. There is little or no awareness of the power that employers exercise and of the subordinate position of workers, not that we would expect it from such a body.

Someone suffering from stress, whether work-related or not, may have a range of psychological, emotional and behavioural signs, from lapses of memory and mood swings to insomnia and loss of libido. Behind all these symptoms and causes of stress, from overwork to depression, is the basic factor of people lacking control over their working lives. They have little or no choice in how many hours they work, how much they are expected to get through in their working time, what sort of breaks they can take, the kind of work they are required to do and so on. Changes to their schedule or reorganisation of workplace structures and how they relate to managers and colleagues are generally imposed on them with little or no consultation. All that is the consequence of being a wage worker under capitalism, of being employed by a system that is interested in profit and cost rather than the health and well-being of workers.