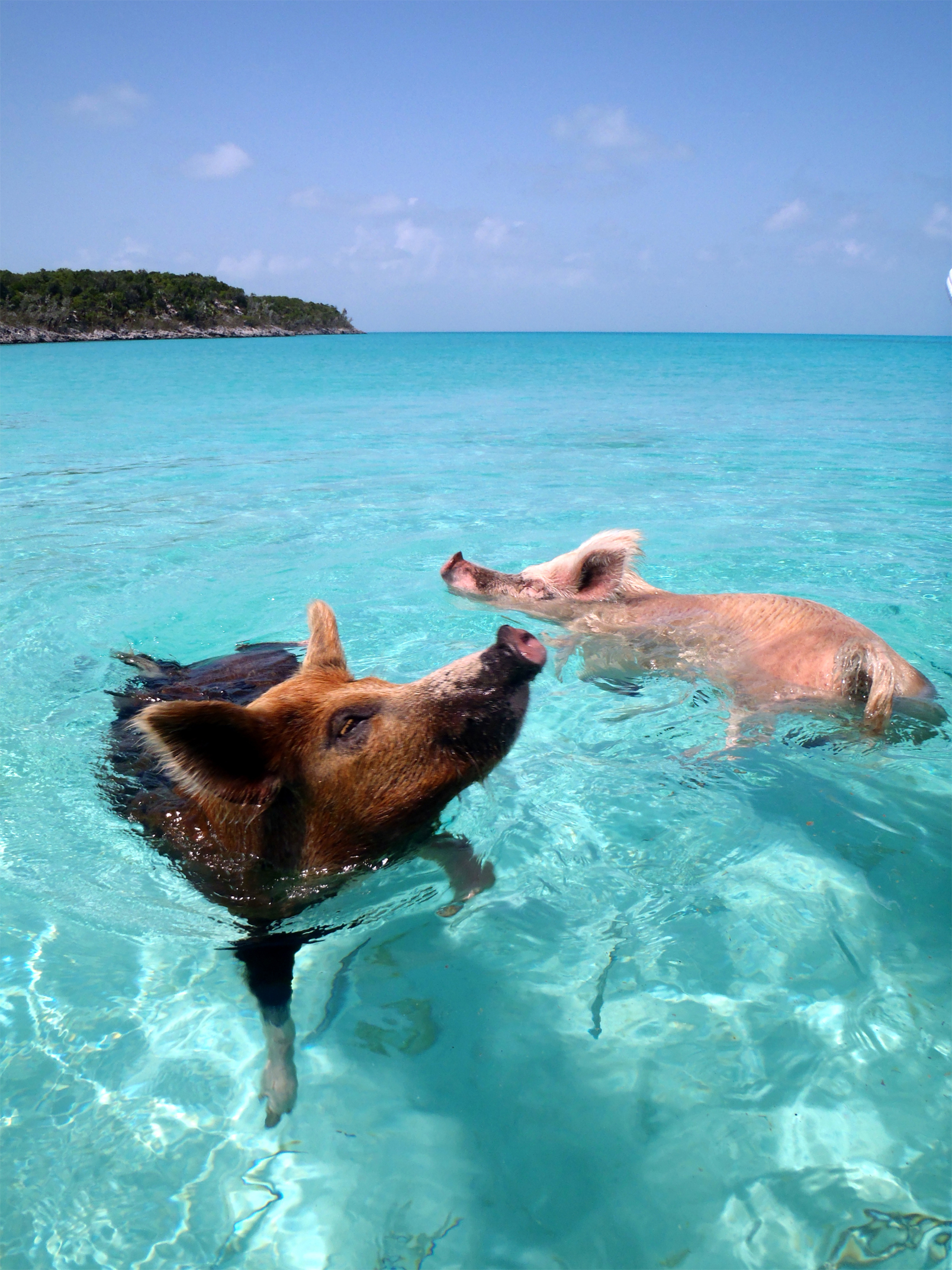 In common with all other EU states, European elections took place in Ireland last month. There were also elections to a reformed local government structure.  In spite of the interest which the mass media devoted to both these spectacles, it’s a close call to decide which poll epitomised most the lack of real and meaningful politics under capitalism.

Socialists make the claim that national parliaments are little more than talking-shops; full of theatrics, posturing and verbosity whose main output are inconsequential debates on the issues of the day. All the while, the fundamental business of capitalism goes inexorably on, irrespective of whatever pronouncements and edicts emanate from those self-important halls. This criticism is even truer of the European Parliament and local councils. For the former, the inability of the European capitalist class to agree on a trans-national system of governance for the Union has rendered the Parliament at Brussels more meaningless than its national counterparts. One obvious manifestation of this in Ireland, as with many other EU countries, is the apathy and consequent low voter turnout that the Euro-elections engender. It is only the second division of politicians who contest these elections; the jibe that it is usually those politicians whose national careers are behind them and who are in search of a comfortable retirement home still rings true.

Most voters, even those with a reasonable interest in political life, would be hard-pressed to name even a couple of their MEPs (apart from the few ‘colourful characters’ who inevitably are present) and know much less about any accomplishments of the members. Of course this can sometimes work to the politicians’ advantage; one Irish MEP in fact has had prolonged absence from the Parliament in Brussels/Strasbourg (due to illness) but given the extremely low profile attached to these positions, this has not been noticed by the electorate and so poses no electoral risk whatsoever in his bid for re-election. Nonetheless competition was quite fierce between the rival candidates. This was accentuated this time around because there were fewer seats available as a result of the need to accommodate enlargement of the organisation to Eastern Europe whilst not increasing inordinately the number of parliamentarians. There’s no doubt that the generous remuneration on offer and relatively light demands of the job are attractive to many career politicians.

What is the state of play between the rival political parties? The ruling coalition of Fine Gael and Labour stood on their record in government for the last three years. They came to power in the 2011 general election replacing the absolutely discredited, previous administration consisting of a Fianna Fail / Green Party coalition. Their main task in that time has been to implement the budget cuts demanded by the troika (EU Commission, ECB and IMF) who came to Ireland’s rescue after the financial crash of 2008. They now have a predicament because of Ireland’s recent exit from the bailout programme. Prior to that all cuts to social welfare, health, education etc could be blamed on the bungling of the previous government and the strict conditions attached to Ireland’s financial aid programme. Now it is more difficult to justify the continuing cuts and the extra taxes on home-owners and new charges on previously free commodities such as water.

That long-time ‘natural party of government’, Fianna Fail is hamstrung as it is still identified by its gross incompetence in the handling of the economy during the last doomed years of the Celtic Tiger and as they made the initial agreement to the stringent bail-out terms in 2010, they cannot logically oppose its consequences of austerity on the working class.

Sinn Fein was the major winner in terms of tapping into the public disenchantment with the establishment parties; in fact something similar to the ground being staked out by UKIP in Britain although Sinn Fein occupy a different position on the conventional political spectrum. It’s all part of their progress from solely being the political wing of and apologists for the IRA to being a ‘radical’, left-of-centre movement. However even that radicalism is now being dropped as too intimidating to the voting public on the basis that it could hinder the party’s electoral advance. Sinn Fein is now positioning itself as a much more ‘respectable’ party which inevitably means their erstwhile ‘socialistic’ policies are now being discarded and being replaced by a more mainstream platform although some leftist rhetoric is maintained for effect.

The impact on the election outcome of the recent arrest of Gerry Adams was difficult to gauge. On one level it cemented his appeal to hard-line republicans and the fact that he recently spent four days in a British police station being questioned about ‘republican activities’ during the ‘armed struggle’  did him no harm. As against that there is the crime he is associated with and its resonance with the wider public particularly down South. Jean McConville was a woman, a widow, a mother of ten children. Even in 1972, PIRA recognized the damage the claiming of her execution would do to their image and hence her fate of being secretly buried rather than the usual end of those the IRA termed ‘informers’; beaten, shot dead and their bodies dumped along the border. The fact that former close ‘comrades’ have implicated him directly in her murder made the Party nervous.

There was also a clutch of minor groups and independent candidates going forward. The minor groups tend to occupy the left end of the spectrum and broadly indulge in Euro-sceptic rhetoric and promoting ‘grassroots resistance’ while the independents can be impossible to meaningfully classify though are usually inchoate populists and as likely to be right wing as left wing.

Apart from media coverage, the other unmistakable manifestation of the on-going election campaign was the proliferation of posters on any available lampposts and poles. These were remarkable for their uniformity and bore the imprint of some prior consultation with an advertising agency. More than half of the poster space was taken up by a picture of the candidate, photo-shopped onto a bland background. A shirt and tie is the standard attire for the men, jewellery and make-up for the women. About a third of the poster had the candidate’s name in large letters with the word ‘Vote’ prominently displayed beside it. Interestingly the name of the party that the candidate is representing was quite small: with the demise of major ideological differences between the parties and the weakening of the party system, increasingly elections are morphing into straightforward personality contests.

Generally the posters for the mainstream politicians carried no slogan. Even when one was present it was only distinguished by its vacuous nature; ’Power to the People’, ‘Strengthening Your Community’, ‘Working For You’ etc. etc. As to Sinn Fein, twenty or more years ago their candidates’ pictures on their posters had the appearance of men still in or recently released from prison (which indeed quite a number were). Now they are more likely to be young, presentable and female designed to obscure any association with balaclavas, car-bombs and Armalites.

The impact of money on the election process was easy to discern from the appearance of the posters. Those of the independent candidates and fringe parties were smaller, more likely to be mono-chrome rather than glossy colour and much less ‘professional’ in appearance. One redeeming feature of them is that at least these posters had some quasi-political slogan on them indicating an attempt to promulgate a message rather than relying on personality. In fact the overall nature of the posters can be seen as a succinct metaphor for the state of politics now. Any real engagement by the electorate with the process is being diminished with time which means the parties themselves realise it is pointless devoting time and space to programmes or manifestos. Image and spin is much more important to success which entails the indiscriminate harvesting of votes and is unconcerned with any understanding or agreement with policies.

It’s a pity that the opportunity that elections present, in terms of a slightly higher interest by the general public in politics, is completely wasted. The fact that people don’t engage is probably because they realise, either consciously or subconsciously, that the result of these elections makes no difference to their lives. If you have a house and job, you’ll probably continue to have both after this election. If you’re unemployed, you may or may not have a better chance of picking up a job. If you’re a billionaire, you’ll almost certainly remain very wealthy whoever wins on election day. There is an unstated realism at play; at some level the electorate know full well the pointlessness of this charade in terms of real impact on their lives.

When we contest elections we don’t engage in this type of smooth and glib electioneering. We do not involve ourselves in the hiring of image consultants and spin-doctors, the cynical analysis of focus group responses to discern where lies the greatest electoral advantage or the cultivation of the media to project some image. We openly state that our aim is the replacement of the current basis of society (capitalism and production for profit by an alternative society (socialism and production to meet people’s needs) and we work towards this aim.