Voice from the Back 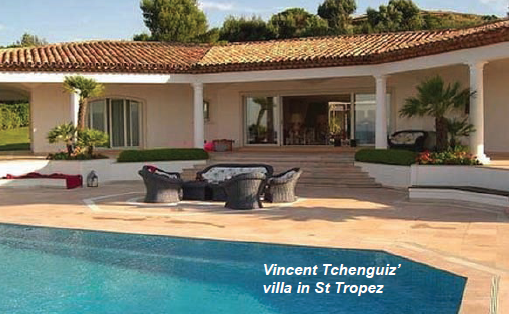 The Times publishes a science magazine called Eureka which featured a debate on the issue of “Does military funding compromise science?” Arguing the case for the affirmative was Harry Kroto, winner of the Nobel Prize for Chemistry, 1996, who revealed some devastating facts about the extent of the stockpiling of nuclear weapons. “In my Science and Society lectures, I implore future physicists not to make ‘better’ atomic bombs. There are already more than 20,000, enough to destroy the human race many times over. I implore future chemists not to make ‘better’ napalm, and show them the iconic image of the burning Vietnamese girl that shames chemistry. I implore future engineers not to make ‘better’ landmines, and show pictures of African children playing football on crutches because they have lost a leg in a blast” (Sunday Times, 19 April). Harry, we agree with you very much but, unfortunately it is not up to scientists, who are in present-day society sponsored by big business, to change the world; it is up to us the working class.

It was the sort of news item that would have appealed to “Disgusted, Tunbridge Wells” or some such Daily Mail reader. “Too fat, too drunk, or just too lazy to work – but not to claim benefit. More than 80,000 people are too fat or too dependent on alcohol or drugs to work, according to official figures released today. The first breakdown of medical assessment for more than two million people on long-term sickness benefit shows that 42,360 of claimants are alcoholics while more than 37,000 are drug abusers. A further 1,830 are too obese to hold down a job” (Times, 21 April). No mention is made of the rest of the 2 million that are on long-term sickness benefit, but even more strikingly no mention is made of the capitalist class. Here is a class that has never worked, has no intention of ever working – in some cases for several generations – and whose benefits are somewhat greater than the £94 a week doled out to the working class as sickness benefit. Some of them are depicted in the national press coming out of expensive night clubs stoned out of their minds, but this is reported as the high jinks of the playboys and playgirls. It is all good fun, but it is doubtful if £94 would buy a round of drinks for them and yet that is supposed to be sufficient to keep a chronically ill worker for a whole week.

Socialists often highlight the wastefulness of capitalist society. The waste of human lives with the premature deaths of millions of people from the lack of clean water. The waste of human usefulness, with millions forced into unemployment. The waste of the world’s natural resources in the mad scramble for profits. The plight of millions of homeless and the inadequately housed should be contrasted with this piece of wastefulness by a member of the useless capitalist class. The property dealer Vincent Tchenguiz has recently put his £25m villa in St. Tropez up for sale, and according to one friend , “Vincent bought the villa five years ago but he’s spent only one night there.” Really, one night? “Really, he always stays on his yacht.” So, why have a seven-bedroom pad with extensive staff quarters? “It’s for overflow guests. There’s not always enough room on the boat so they stay at the house.” Of course (Sunday Times, 8 May).

Politicians are wonderful at coining words at election times but a little less wonderful on delivering on electoral promises. Mr Cameron has promised us all a wonderful future in his ‘Big Society’, but we should be aware of the outcome of Mrs Thatcher’s promised ‘Property-owning democracy’. “The number of homes repossessed in Britain increased by 15 per cent in the first quarter of the year as unemployment and the cost of living continued to rise. The Council of Mortgage Lenders said that 9,000 homes were repossessed in the first three months of this year compared with 7,000 in the final quarter of last year” (Times, 13 May). Rising unemployment and homelessness – a strange sort of property-owning democracy.

One of the illusions much favoured by politicians is that inequalities are gradually disappearing thanks to their wonderful efforts, but the reality is somewhat different. “After a jarring leap upwards during the industrial collapse of the 1980s, the gap between rich and poor has, with brief interruptions, been trending higher. By the tail-end of Labour’s time in office, the Gini coefficient, a measure of inequality, was at its highest since comparable figures began in 1961… Britain still ranks just after the United States among the leading Western economies in terms of the gulf between rich and poor” (Times, 2 May).