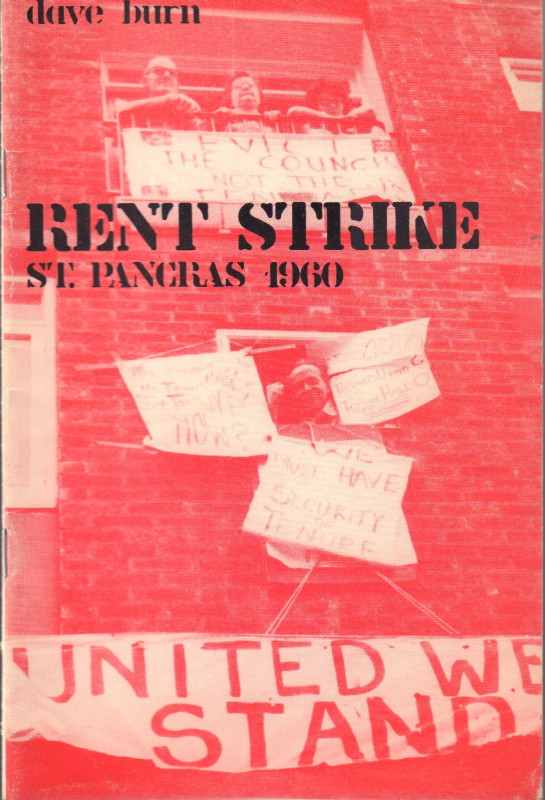 In 1959 the newly-elected Tory Council in St Pancras in central London – the voters had just kicked out the previous Labour one – introduced, in accordance with the 1957 Rent Act, a new rent scheme for council tenants which meant huge rent increases for most of them. The tenants organised to resist, calling first for a refusal to pay the increase and then, when the Council refused to negotiate, a complete rent boycott. Two of the tenants’ leaders were chosen to be test cases with the other tenants organising to try to prevent their eviction. They failed as a massive police presence enabled the bailiffs to enforce the law. The evictions were followed by what was described as the worst riot in Britain since the 1930s as hundreds of tenants protested outside the Town Hall but were beaten back by the police.

The Labour Party regained control of the council at the 1962 elections with a promise to reverse the Tory rent scheme. They found that this was legally impossible and that if they had tried they would have been personally ‘surcharged’ for the loss of revenue; all they could, and did, do was to rehouse the two evicted tenants’ leaders.

This pamphlet, originally published in 1972 and now for some reason republished, admits that the tenants’ campaign was a failure but attributes this to relying on electoral action, implying that had they resorted to ‘direct action’ they could have won. This is open to serious doubt as the tenants were up against not only the law but the force of the state machine. The sad fact is that all they could have hoped for was some modification of the scheme to remove the worst anomalies.

‘Direct action’ – reformism by blows – is not able to be any more effective than reformism by voting for a reform-promising political party. It can’t make the state go away.