Zambia: Corruption and the Origin of a Local Private Capitalist Class 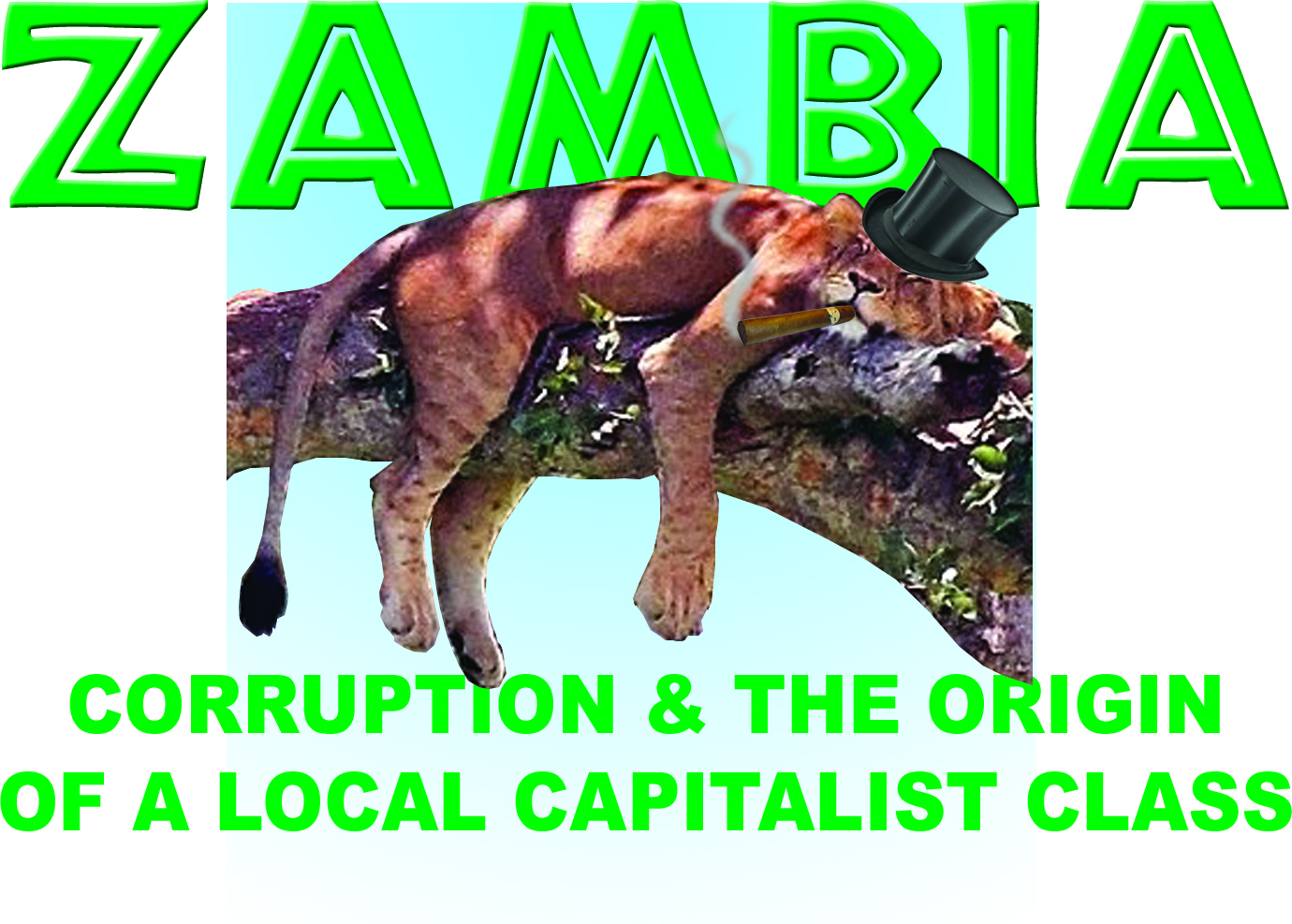 Corruption defined as the pilfering and shameful mismanagement of state resources first appeared to rear its ugly head after the Movement for Multi-Party Democracy (MMD) came to power in Zambia in 1991. During the authoritarian one-party state under Kenneth Kaunda members of the United National Independence Party central committee had been forbidden from amassing private wealth of any kind.

When the MMD came to power under President Chiluba it pursued a rigorous policy of economic liberalisation defined as privatisation. State-owned companies were auctioned off at prices below their book value. Corruption as a political vice first came to public attention when the third republican president Levy Mwanawasa made corruption allegations against former MMD president Fredrick Chiluba in 2002. It was alleged that Chiluba had swindled the government of millions of dollars through Access Financed Services and the Zamtrop state security account operated in the UK. The MMD government under Dr. Chiluba was afterwards blamed for having instituted a culture of graft and impunity that stalled Zambian economic development.

The main task the MMD government set itself when it came to power was the social and economic empowerment of indigenous Zambians. The MMD went on to create what was a private-sector capitalist class dominated by economically empowered Zambian entrepreneurs. To quote from the late Dr Chiluba’s speech when defining the new capitalist society:

‘Ours is a capitalist society. It is therefore inevitable that in part and I repeat in part we must address the goal of privatisation within the context of the people’s relations characteristic of a capitalist economy. As part of the realisation of our aim to eradicate poverty in our country we must strive to create and strengthen a Zambian capitalist class – the new culture. Because we come from the disadvantagedmany of us feel embarrassed to state their goal as nakedly as we should. All this frightens and embarrasses all of us who are Zambians and might be part of the rich. Accordingly we walk as far and faster as we come from the nation, that the struggle against poverty in our country must include the objective of creating a new Zambian bourgeois. As part of our continuing straggle to wipe out this legacy of poverty we must work to ensure that there emerges a Zambian bourgeoisie whose presence within our economy and society will be part of the process of privatisation of the economy and society.’

The task of privatising sections of the economy proved to be a nefarious and blatantly corrupt affair which had a triple effect upon the poor and marginalised working class. Unemployment trebled due to the abrupt liquidation of state-owned companies and the once economically vibrant copper-belt mining towns of Kitwe, Chingola, Mufulira, Ndola and Chililabonbwe became ghost towns. In most cases workers made redundant from parastatal companies have until today not received their redundancy packages. President Chiluba went on to surrender council houses to sitting tenants in a move designed to socially empower the Zambian citizens, a move that had dire social economic consequences upon local authorities. Privatisation dubbed ‘economic empowerment’ helped give rise to social squalor and urban poverty of a severe kind.

The idea that public property belongs to no one in particular is an entrenched feeling among ordinary Zambians, especially those who work in the civil service. It makes them solicit money from people seeking to obtain things like a visa, a passport or a driving licence. The police appear to be the most corrupt civil servants in the sense that they set free criminals upon receiving money. It is very rare for a magistrate to convict a rich person in Zambia today. The vice of corruption has spread into the Ministry of Education where examination leaks appear to be the order of the day. Under the new private enterprise culture ‘social and economic empowerment’ is a political slogan that legalised street vending, prostitution and crime. The privatisation of the ZCCM led to the emergence of self-styled copper dealers called ‘jerabos’ who steal copper cathodes and concentrates from the private owned copper mines where security became lax after the dissolution of ZCCM mine police unit.

Thus corruption in Zambia has been a matter of accumulating wealth and social status as most of the Zambian capitalist class derived its wealth through outright corruption.

When Levy Mwanawasa passed away in 2008 he was succeeded by his Vice-President, Rupiah Banda, as acting President. In 2010 Banda had to quash the pending corruption allegations against Chiluba because he was cognisant of the fact that corruption was a means to economic empowerment under the MMD government. Corruption was at its highest peak during the time Banda was head of state. It was President Banda, acting with his son Andrew, who was alleged to have milked millions of dollars from the Zambian government under a dubious contract to purchase oil from Nigeria in 2009. The taskforce created by President Mwanawasa proved toothless when it came to arresting and convicting politicians alleged to be corrupt.

‘Anti-corruption’ is used as a weapon of political victimisation against political opponents and as such is not transparent. In his inaugural address when he was sworn in as president of Zambia in 2016 President Lungu promised the people of Zambia that he was going to continue the legacy of the late President Sata through creating more jobs and fighting corruption. President Lungu is not a domineering and abrasive leader when compared to the late Michael Sata – without rigidity or defined ideological convictions. Ascending to the leadership of the Patriotic Front (PF) without a flamboyant political background Lungu has come to rely on the political goodwill of the masses and his closest stooges.

After the initial political blizzard of 2014 the PF government under Lungu has presided over the recovery of the Zambian economy. Favourable copper prices from demand in South East Asia (mostly China and Malaysia) boosted investor confidence in the mining sector. The release of the United Party for National Development (UNPD) leader Hicilema helped to cast a positive image of political tolerance and the rule of law. In Africa and overseas Lungu seems to have won a lot of political and economic accolades. The European Bank, World Bank and Amnesty International have expressed satisfaction with his style of leadership.

But from within the apparently stable political and economic outlook looms the ugly revelations day in and day out of corruption taking place in the high echelons of the PF government, fuelled by allegations from former Minister Chishimba Kambwili who was himself dismissed for corruption. The report of the Auditor-General on the estimates of capital expenditure reveal gross irregularities in the procurement and implementation of government programmes. Yet the erring ministries or public officers are not prosecuted.

Policing corruption, as with the recent forced resignation of President Zuma in South Africa, will not resolve the dilemma of social poverty and corruption. Corruption is just another face of capitalist society that is endemic to the system. It is just another problem that cannot be resolved unless money, government and leaders are dispensed with.

A one-party state is a feature of state corruption in which a handful of individuals exploit the majority of workers. Parliamentary democracy on the other hand is made up of wealthy and ambitious politicians trying to reform capitalism. They hoodwink the working class into voting for them by promising them a heaven on Earth. But once the politicians win elections and become leaders the workers remain mere spectators of any political and economic changes taking place in society.

Socialist ideas need a revolutionary class behind them to become practical. The problems facing capitalism require conscious political action by socialists and the democratic capture of political power. Everything else is reformism and leads to total disappointment.