Book Reviews: ‘A Farewell to Ice’, ‘The End of Protest’, & ‘Negroland’

‘A Farewell to Ice: A Report from the Arctic’. By Peter Wadhams. Penguin Books, 2016. 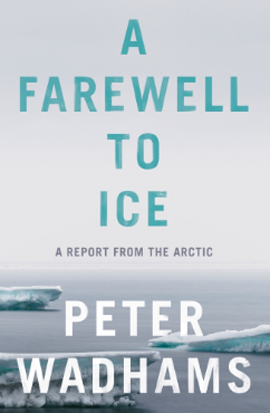 Peter Wadhams is a professor of ocean physics at the University of Cambridge and former director of its Scott Polar Research Institute. Over 47 years as a polar researcher he has been on many expeditions to the Arctic and Antarctic.

His book straddles three literary genres. Part of it is a scientific exposition of the properties and structure of ice and how it forms under various conditions (quite differently in the Antarctic from in the Arctic, for instance). Other passages are a prose poem on the beauty of icy landscapes that only a few hundred people have ever seen. Above all, it is a warning of the gathering speed and momentum of climate change, culminating in a ‘call to arms.’

The author explains all the positive feedbacks that are accelerating global heating. The most alarming new development, he argues, is the release of methane – a very powerful greenhouse gas – from shallow Arctic seas whose warming is starting to melt long-frozen seabed sediments. In his opinion, the seriousness of the situation is understated not only by those who deny the reality of human-made climate change but also by many of his fellow specialists in the field, such as climate modellers who stubbornly stick to the predictions generated by their models even when the latter conflict with recent field observations.

Although most of the book focuses on the Arctic, there is a very valuable chapter on the Antarctic. The Antarctic is rather isolated from the rest of the planet in geographical and meteorological terms, although if global heating continues it will eventually suffer the same fate as the Arctic.

Professor Wadhams takes the view that it is now too late to avert disaster without resort to geoengineering – that is, ‘engineering’ the earth in ways that will reduce incoming solar radiation, increase the albedo (reflectivity) of the Earth’s surface or remove greenhouse gases from the air. (For more on geoengineering, see Pathfinders in the September 2010 and January 2011 issues of theSocialist Standard.)

The author’s clear scientific explanations contrast with rather muddled treatment of economic and political matters. But credit where credit is due: there is one paragraph in Chapter 13 where he does penetrate to the core of the problem facing our species:

‘The world’s rickety financial structure still requires perpetual growth in order to retain stability… Within the present capitalist system, as practiced by everyone including China, there is no way that a sustainable equilibrium society can be tolerated. Everyone knows that exponential growth … cannot continue and will lead only to disaster, yet every finance minister seeks to encourage economic growth…’

Unfortunately, this is a flash in the pan. Wadhams does not develop this insight or explore its implications. Instead he reverts to blaming the situation on superficial factors like the greed that makes people buy SUVs and the fact that most political leaders have no scientific training (a noted exception being Margaret Thatcher, with whom Wadhams was in direct contact).

It is all very well to call for ‘colossal programs on an international scale’ – but there is no real world community to consider and undertake such programs. Who can imagine the rival capitalist powers pooling their efforts to bring back the Arctic ice? The same powers that right now are ‘scrambling for the Arctic’ – salivating over the profit-making opportunities opened up by the retreat of the ice and manoeuvring to control the region’s newly accessible resources (see ‘Scramble for the Arctic,’ Material World, September 2007)?

The crucial problem is not how to devise programmes to save our planet but how to create the world community.

‘The End of Protest. A New Playbook for Revolution’. By Micah White. Alfred A Knopf. Canada. 2016.

Micah White says he was one of those who thought up the idea of occupying Wall Street in September 2011. His proposed aim for this was to demand that Big Money be taken out of American politics, but the Occupiers’ demands soon went beyond this. According to him, he and others really believed that the occupation could topple Wall Street in the same way that demonstrations and occupations earlier in the year had toppled dictatorships in Tunisia and Egypt. This book is his explanation of why this didn’t happen, why it was never likely to, and why capitalism is not going to be overthrown in this way. Hence ‘the end of protest’, or at least of this kind of protest with this aim.

We could have told him that minority direct action of this sort is not the way to overthrow capitalism – as he himself points out, the state has the power and the majority-backed (even if manipulated) legitimacy to deal with such protests – but it is good to see someone who once believed this to be the way come to realise that it isn’t.

So what is he now advocating? On the surface, something surprisingly similar to how we have envisaged revolution. He calls for a ‘leaderless world revolution’ in which, among other things, a ‘World Party’ will win political power in one country ‘sparking an electoral insurrection in one place after another’, meaning ‘the electoral social movement would hop around the world from victory to victory’. The people, he says, ‘must capture legislative and executive control constitutionally and legitimately’ because this will assure mainstream support for the revolution. He compares his change of mind to Engels changing his about barricades and also advocating elections in place of an out-dated tactic.

That’s as far as it goes as White envisages that the ‘electoral social movement’ should start by aiming to win control of ‘sparsely populated towns and cities’, declaring them liberated and running them without leaders. He himself is practising what he preaches, standing for mayor of Nehalem (population 291) in this month’s US elections (we can report next month how he fared). He does not say on what platform he thinks elections should be contested. Since he still believes that a conscious minority can express ‘the people’s will’ independently of what a majority of people at one time might think or want, it could well be something other than a full revolutionary programme, just democratic reforms.

He has also gone mystical. At college he provocatively formed an atheist society but he now looks to divine or supernatural intervention to play a part in the revolution. This could lead to his other views not being taken seriously.

In our review of Micah White’s book The End of Protest: A New Playbook for Revolution we said we would say how he did in his bid to become mayor of Nehalem in rural Oregon in the election there in November. He got 36 votes (20%). The election was won by his Republican Party rival with 138 votes) 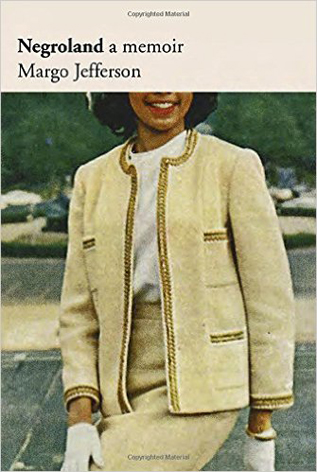 Jefferson was born in Chicago in 1947, and her father was a doctor. Negroland is her term for ‘a small region of Negro America where residents were sheltered by a certain amount of privilege and plenty’. The name includes ‘Negro’ because of this word’s historical importance (in posters relating to runaway slaves, for instance), though she usually refers to herself as black, with ‘African American’ being for official contexts only. This volume is not exactly an autobiography but a series of anecdotes and reflections on life as a (relatively well-off) black woman in the US; Jefferson herself became a writer and journalist.

There is some brief history, such as on black slave-owners, and the segregation of the US Army in the Second World War. There are examples of discrimination from the 1950s, affecting even the inhabitants of ‘Negroland’: Jefferson’s family were given inferior rooms in a hotel, and in their fairly select Chicago neighbourhood her father was stopped by police who asked if he had drugs in his bag (it contained medical equipment).

One point which emerges more than once is the extent to which ‘race’ is in the eye of the beholder. The author describes herself as being of African, Irish, English and Indian (Native American) descent. Her own skin is ‘cream-brown’, and a shop worker with black-brown skin asks her what her ethnic ancestry is. Many of her relatives could pass as white, and she refers to an uncle who worked as a travelling salesman and then ‘stopped being white’ when he retired.

In the US the fight for ‘black rights’ was dominated by men, and that for ‘women’s rights’ by white women. She quotes one black feminist who argued that black women had spent years copying bad ideas from white women but then decided they wanted nothing to do with the one good idea of feminism. Jefferson will not say which of race, gender and class matters more, since all are ‘basic elements of one’s living’. Note, though, that this is not the Socialist analysis of class but one which sees the inhabitants of ‘Negroland’ as middle or even upper class.