The Condition of the Working Class in Zimbabwe 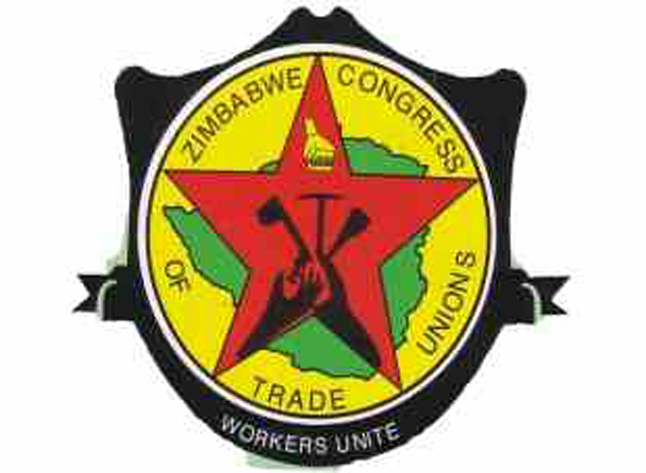 Extracts from two communications we have received from workers there.

Workers of Zimbabwe are sheep without a shepherd as the Zimbabwe Congress of Trade Unions (ZCTU) has been hijacked by politicians. The majority of workers have no meaningful salaries but the ZCTU is paralysed. Most employers including the Chinese continue unleashing unfair labour practices but the ZCTU is taking no action in bringing this unfairness to an end. In 2013, the government announced that it was not going to offer its workers any salary increment due to an allegedly unsustainable wage bill and the ZCTU never even raised a finger. It is alleged that diamond companies were not remitting part of their proceeds to the Treasury as required by the law of the land and the ZCTU is derisive yet workers who are hard-hit by the imposed sanctions expect better leadership. Sadly most workers earn meagre salaries below the Poverty Datum Line (PDL). In a nutshell, it is clear that these trade unions are simply defensive organizations of the working class with the limited role of protecting wages and working conditions and it is by the ZCTU’s empty actions that its effectiveness ought to be judged.

Despite the fact most parastatals used to contribute 40 percent to the local GDP, they now have turned into loss-making entities. For this reason, the cabinet some time ago moved to impose a limit to salaries for chief executive officers and top managers of parastatals, public enterprises and local authorities at an interim maximum total pay package of about US$6000 per month. This move has also raised the issue of the need for a comprehensive framework to govern the remuneration of public office bearers and managers of state owned enterprises as done in other countries. The gluttonous act by top bosses of raking in huge salaries at a time when public entities are operating in serious debt resulting in their failure to pay workers and meet their service delivery mandates is socially and economically indefensible.

However, after a number of months and in vain, cabinet has not implemented the move to trim excessive salaries earned by chief executive officers (CEOs) of state owned enterprises. A bruising bout appears to be in the offing with some local authorities having already indicated that they would ignore the government’s directive saying the order was against the country’s labour laws. They insist they won’t agree with cabinet’s move to cap salaries as they stand guided by the country’s constitution and labour laws.

Concurrently, there is dilapidated service delivery in most urban and rural authorities for the bulk of the revenue being collected from residents is being exhausted on salaries. These fat cat salaries have raised eye brows and have created a deepened divide between rich and poor. Although government has endeavoured to put in place a corporate governance and remuneration policy framework to give guidelines on how parastatals and local authorities should remunerate their executives it is a vain attempt as the top bosses are still raking fat salaries into their coffers. That proposed framework would give birth to a body that would democratically and transparently provide independent assessment and recommendations on the remunerations and conditions of service for public office bearers including top managers of state enterprises.

Up to now, cabinet has gone quiet on implementing this issue of making sure that salaries for top bosses of state run parastatals and local authorities should not exceed US$6000 per month. As capitalism is on the side of the minority top bosses, government will simply find the easy way out by shelving the issue. This is because the fat cats concerned, who are not even providing meaningful services to the public or economic benefits to the country, are aware that once this remuneration policy is put in place, their chance to sit back and milk public enterprises through mismanagement and corruption will be over. Despite President Mugabe’s recent reiteration on the stance on corruption and hefty salaries it has become an uphill task for the government to effect the proposed salary framework which would see about US$2 million being saved annually if implemented. Despite all these efforts, workers still remain in the cold.

In fact, capitalism cannot be moulded to operate in the interests of the working class as is very evident by the events in Zimbabwe.

The first lot of venturers to the continent were Christian missionaries, empire and wealth hunters.  The current equally selfish ruling elite will as usual blame the plight of the Yirira on the ‘negligent racist colonial regime’, as if they (current leadership) did not adopt the same cruel, selfish and self-glory-seeking mentality, exaggerating their role in the struggle to overthrow the exploitative colonial system. As if they did not instead adopt it and indeed worsened it; much worse than the colonial leaders: the colonialists had to prove to have some substantial wealth acquired before getting into the legislature; our self-proclaiming ‘messiahs’ from colonial exploiters are exploiting the followers much worse. They use just political clout/rhetoric (hollow promises) then abuse donor and public funds to enrich only the ruling elite and their relatives, loot and share spoils with (former) colonial exploiters like the Sam Levis, Bill Irvines, Thomas Meikles, Rautenbachs etc, even allocating them diamond fields, platinum fields, gold fields etc.

The best that people such as the Yirira can benefit (if minerals are found around their home) is the ‘generosity’ of leadership to relocate them, as if the leadership ‘moulded’ the relocation site. All in all what it now proves is that our leaders were only bitter because the colonialists denied them from participating in the splendour (looting from the public and donor coffers, abuse of power) overall, in religion – politics – general system (socio-economic). What has changed is the complexion of leaders, the imperial system is further entrenched and the so-called opposition groups are for the same selfish imperial system socio-economic (just different sides of the same – worthless – Zimbabwe banknotes), vying to abuse the powers that the current crop are abusing. For instance, did we not have thousands of homeless people in Zim while our president and recent prime minister built/refurbished extra palaces/castles in Borrowdale, Highlands, Pleasure Mountains (Mount Pleasant) apart from already existing plush residencies? And that in 2008 many of us had our funds frozen by RBZ decree, courtesy of Governor Gono, and endorsed by central government (during the period of limited withdrawals the elite were allowed to withdraw as much as they wanted), but with no redress to the non-elite.

You will find that given the Zim population and the Zim bounty of nature, our poverty is not a result of scarcity of basic necessities. It is the direct result of downright selfishness: please note: despite claims by African leaders and claiming to be revolutionaries, they have all been won back by imperialism.