Material World – A pox on capitalism 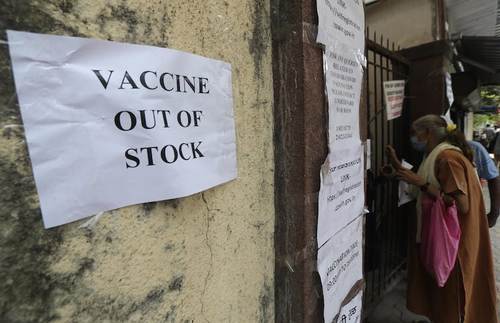 Vaccine shortages in poorer countries have revealed the callous nature of the capitalist profit system and its inability to protect the lives of vulnerable people and avert unnecessary preventable deaths and suffering from health inequality. Shortages of vaccines are endemic to capitalism. One would have thought the mistakes made during the Covid-19 pandemic would have improved the distribution of vital medicines. Apparently not when it comes to the recent spread of the monkeypox virus.

According to Christian Happi, director of the African Center of Excellence for Genomics of Infectious Diseases, ‘Our lives are not the same; their lives are worth more than ours…’ Happi continued, ‘Any outbreak anywhere should concern the whole world, which is not how they are dealing with it now’ (bit.ly/3QhwNOy).

‘In the Covid-19 pandemic, world leaders have allowed pharmaceutical companies to place extraordinary profits ahead of saving lives,’ said the People’s Vaccine Alliance’s Mohga Kamal-Yanni. ‘And we have seen the huge impact on life and livelihoods in lower-income countries that is far more than in rich countries. Unless we change course, the world’s response to a crisis like monkeypox will be just as brutally unequal’ (bit.ly/3A0fvAr).

Prof Chris Beyrer of Johns Hopkins University and a member of the medical journal Lancet’s commission on health and human rights, pointed out that ‘It turns out that monkeypox emerged out of its central African endemic zone into west Africa in 2017, five years ago, and that outbreak has been ongoing for five years with no urgency, no response, no WHO engagement around vaccines in those countries. Now that it has gone from six endemic countries to 76, and is the new emerging global health threat in the wealthy world, we have this sense of urgency’ (bit.ly/3BGyIs3).

Meg Doherty, WHO’s director of Global HIV, Hepatitis and Sexually Transmitted Infections Programmes, said, ‘We can’t have a monkeypox response that’s only responding to the UK, Canada, the United States. We need a response that also addresses what’s happening in the DRC right now; in Nigeria where cases are going up.’

Are the limited supplies of vaccines being rushed to Africa?

Unlike when COVID first spread, vaccines for monkeypox already exist. A new vaccine called Jynneos is available, plus millions of doses of ACAM2000, an older smallpox vaccine that also works against monkeypox. Of the 16.4m doses of Jynneos that existed in July, low-income countries are already losing the race to buy sufficient doses.

The American government has the world’s largest stockpile of monkeypox vaccine, which includes stored vaccine bulk that could be converted to more than 10 million doses. In addition, the US holds nearly 80 percent of the Jynneos vaccine used to fight monkeypox, despite having only 36 percent of the global monkeypox cases, even as many countries go without access to any doses. The US has 22 times more doses than the EU and the UK. For every monkeypox case reported in the US, sixty-six doses are available. No countries in Africa have any doses (bit.ly/3pXOI1E).

Naïké Ledan, associate director of international policy and advocacy at HealthGAP protested at the 24th International AIDS Conference in Montreal, ‘We’re demanding immediate equitable global sharing of supplies of testing, treatments, and vaccines. We’re demanding rejection of any and all intellectual property, because it’s a global crisis, not an opportunity to make money again’ (bit.ly/3QhxuYa).

While rich countries have ordered millions of vaccines to stop monkeypox within their borders, none have announced plans to share doses with Africa.

‘The mistakes we saw during the Covid-19 pandemic are already being repeated,’ said Dr. Boghuma Kabisen Titanji, an assistant professor of medicine at Emory University (bit.ly/3P23nmo).

If only the problem was just monkeypox.

Politicians and pharmaceutical CEOs boasted of the speed at which the Covid-19 vaccine was developed, put into production and distributed. Much less has been said on their tardy roll-out of a new malaria vaccine.

A new vaccine R21 could eradicate malaria. And has already shown to be 77 percent effective after the initial doses and maintains its high efficacy after a single booster jab. It could help to reduce deaths from the disease by 70 percent by 2030 and eradicate it by 2040. Good news. The bad news is, delivering it to millions of African children who most need it is presently without sufficient funding.

And, of course, deaths from HIV/AIDS still persist. In Africa 460,000 people died from HIV-related causes in 2020. A new long-acting drug called Cabotegravir works by blocking the HIV genome, which means that the virus is prevented from integrating itself into human DNA and that stops it from replicating. So, it can’t spread and take hold in the body. Yet, WHO notes it is too expensive for poorer nations to afford.

‘While many in the global north are getting access to long-acting HIV prevention tools and medicines, Africans are overwhelmingly denied the opportunity… As long as the price is unaffordably high for our governments and for funders to purchase, we will continue to be locked out from being able to access them. They are vital to preventing new HIV infections and they could become transformational in treatment. Our message is simple: all of our lives matter,’ said Lilian Mworeko, regional coordinator of the International Community of Women Living with HIV Eastern Africa (bit.ly/3d8X96Z).

Socialists say it is possible for the world to cooperate and collaborate for the common good. The basic networks such as the WHO already exist. Once socialism is established, it and similar agencies can re-focus and re-prioritise to serve communities and not corporations.

Next article: According to Need ⮞