Pathfinders – Tales from the Crypto 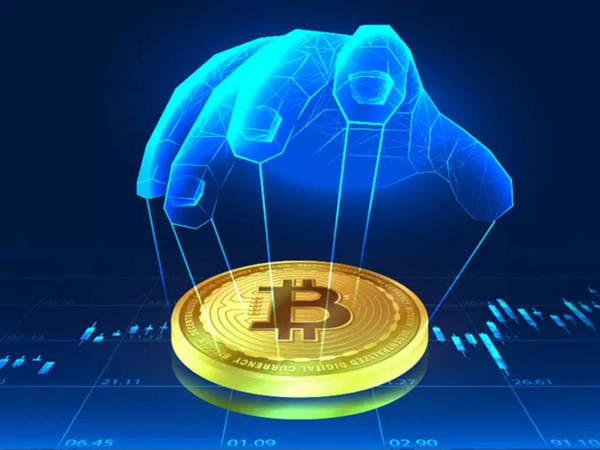 One of the less apparent effects of the ongoing Ukraine situation has been a rejuvenated interest by western governments in regulating cryptocurrencies, into which Russian oligarchs, among others, have invested billions. The problem with crypto, from the capitalist state’s point of view, is that it is a decentralised, peer-to-peer money system over which the state has no control. Naturally the state will point out that crypto is a gift to organised crime because transactions are not trackable through any central bank system, but they will also pedal hard on the urgent necessity of regulating the market for the sake of protecting you, dear consumer.

The real motivation is that state power over your money means great power over you. For instance, in response to a recent truck driver protest disrupting Ottawa’s main road network, the supposedly liberal and progressive Canadian government used emergency powers to freeze protesters’ personal and business bank accounts (bit.ly/3CWJFV3). Obviously, if you have all your money in crypto, the state can’t grab you by the proverbial short and curlies.

Small wonder then that China has banned crypto entirely. In somewhat less draconian style, the US Justice Department has set up a National Cryptocurrency Enforcement Team with the FBI providing backup services in ‘blockchain analysis and virtual asset seizure’. UK regulators are also calling for tighter controls, again flying the consumer protection flag, with the Treasury and Bank of England in urgent consultation on the matter (bit.ly/3CYkAc2). Conversely, after having first banned it last September, Ukraine has just performed a volte-face and legalised Bitcoin, as crypto donations to its war chest have surged north of $100m (bit.ly/3uhBG0C).

One reason why states haven’t cracked down harder and faster may be cultural inertia due to perceived notions of value, as people struggle to come to terms with the idea of currencies that are simply conjured into being, and virtual commodities like non-fungible tokens (NFTs) that have no physical or independent existence. How can you buy a thing that isn’t there using money that’s been made up?

For socialists though, all commodities are essentially imaginary, in the sense that their ‘value’ is a socially agreed perception and not an intrinsic physical property of the object. In socialism, where everything is free, things will be valued only in terms of their usefulness, not in terms of what they’re ‘worth’ in a non-existent market transaction. And currencies – at least government-issued fiat currencies – are all made up anyway. These days, as currency is no longer convertible on demand into gold, that piece of paper in your pocket may say £10 on it, but it’s only worth £10 because governments say it is and because we accept it is. Otherwise it’s just a firelighter. It’s the same with NFTs, which can be thought of as virtual limited shares. You can sell a share in anything, a meme, a song, a photo, if someone is willing to buy it, no matter how ‘worthless’ it might seem to anyone else. It might sound bonkers but that’s capitalist logic for you.

One vital consideration in all this is that it must not be possible, under any circumstances, to sell the same thing twice over, or the whole system is instantly discredited. Until recently, all money was managed through the central state banking apparatus, making double accounting impossible. Now blockchain technology prevents double accounting without central state involvement. Another essential requirement is ensuring that the supply of this virtual currency doesn’t increase exponentially, causing runaway inflation. The genius – if that’s really the word – of Bitcoin and other cryptos is to make the process of issuing or ‘mining’ new currency so extravagantly difficult through artificial problem-solving processes that they require enormous and ever-increasing amounts of computer number crunching. The solution of both these requirements has allowed crypto and NFTs to break free and take on a life of their own.

None of this is without cost however. Currently Bitcoin mining uses more electricity than 185 countries and 7 times Google’s global consumption (bit.ly/34XFWtC), with a growing carbon footprint that’s surpassing that of New Zealand (bit.ly/3tsNRbQ).

Now chip manufacturers are producing custom ‘blockchain accelerator’ chips especially for crypto-mining, which demonstrates, if you hadn’t already realised it, that what capitalists want and what governments want isn’t always the same thing (bit.ly/3L104dF). And crypto has largely contributed to the well-known chip famine of the past couple of years. These days, it’s chips with everything as the world surges ahead with 5G and the Internet of Things, VR, augmented reality, smart cities, lights-out factories, drone swarms, robotics, 3D printing, AI, electric vehicles, self-drive tractors, you name it. The problem is, the manufacturers of all these gadgets generally don’t make the microchips in-house, as the R&D and the ‘fabs’ are too expensive. Instead they outsource the work, mostly to one key place in the world, Taiwan, which has a GDP of around $670bn, close to that of Saudi Arabia, and a per capita workforce productivity 6 times higher than China’s.

Taipei is home to the Taiwan Semiconductor Manufacturing Co (TSMC), the world’s largest and most sophisticated semiconductor ‘foundry’. In 2020 TSMC accounted for 54 percent of global semiconductor revenues, and is a supplier to Apple, Qualcomm and Nvidia. No other foundry comes anywhere close, not even Samsung in South Korea or GlobalFoundries in the US, and China is not even in the picture.

Which, incidentally, adds a David and Goliath element to the tense situation between China and Taiwan over questions of political ‘sovereignty’ and strategic questions of control over the South China Sea.

So, while Ukraine spends its crypto windfall on guns before butter, China is currently keeping its cards close to its chest over the Ukraine question, and watching Nato very closely to see how muscular its response to Russia is. Today Ukraine, tomorrow Taiwan, is the big question exercising the geo-strategic wargamers. Just when you think capitalism can’t make things any worse, it displays its true inventive genius.