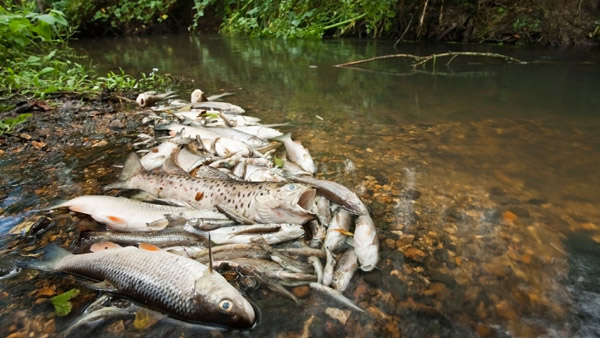 Hot on the heels of all the bullshit and false promises of the world’s leaders at COP26 last month, comes an indicting report from UK based campaign group Surfers Against Sewage (SAS).

No sooner had the dust settled in Glasgow, than SAS published their 2021 Water Quality Report, which reveals shocking evidence of the sewage pollution crisis plaguing the UK’s seas and rivers, with their findings categorically showing that water companies are increasing the discharge of harmful amounts of sewage into the environment. Raw sewage spillages into coastal swimming waters have increased by more than 87 percent in the past 12 months, with devastating consequences to the health of people and ecosystems.

They stated: ‘Water companies treat us like Shit. Discharging sewage into coastal waters. Raking in billions in profit’, adding, somewhat optimistically, that ‘But their days of pay-outs at the expense of people and planet are soon to be over’ (bit.ly/3oGnHjj).

It emerged that water companies spilled raw sewage from storm overflows into coastal bathing waters used by holidaymakers and families no fewer than 5,517 times in the last year. They were polluting beaches that were supposed to be the cleanest and safest in England and Wales, and used frequently by children, surfers and swimmers.

We are in the midst of a new wave of sewage pollution, the report showed: ‘There are thousands of sewage discharges polluting rivers and coastlines, all of which could impact the overall health of aquatic ecosystems.’ Hugo Tagholm, the chief executive of Surfers Against Sewage, said: ‘The findings of our report are shocking and outrageous, but they are by no means unexpected. Time and time again, governments have claimed concern over the pollution of rivers and seas, but have so far failed to take concrete action to change the status quo. Loopholes in laws and systematically defunded regulators have left water companies to run amok.’

Dr Christian Dunn, senior lecturer in natural sciences at Bangor University, said: ‘Untreated sewage can be a death potion to our rivers and waterways. It is a cocktail of harmful viruses, bacteria and chemicals. Some of these can directly harm aquatic life and others lead to devastating disruptions in the oxygen levels of the water – risking entire ecosystems… rivers are essential for the health of entire landscapes, our wildlife depends on them, and there’s no surer way to destroy a river than flooding it with sewage.’

A spokesperson for Water UK, an industry body, said the companies recognised the urgent need for action to protect and enhance the UK’s rivers and seas. ‘We know our performance has to improve and we are driving a step change in investment spending’. Blah, blah, blah, he continued. Of course, by investment we all know that translates to finding the cheapest way to generate maximum profits, rather than the safest way to protect the environment and all of its inhabitants.