Frequently described in the press and TV media as a ‘self-made billionaire’, Richard Branson is anything but self-made. While he may not have inherited his fortune like some of the other super-rich parasites of the capitalist class, it is nonetheless a complete fallacy that he somehow made all of his money through only his individual hard work and efforts. The reality is that Branson and so many of his ilk would not be anything like as wealthy as they are, were it not for the sweat and brains of those workers he has employed and exploited, and who in reality produced the surplus value and profit he has enjoyed in order to make him one of the world’s richest people.

So just how did he manage to become so wealthy? Richard Branson is the founder of the Virgin Group, one of the world’s most recognisable brands, with business interests in everything from travel to telecommunications, health to banking, and music to leisure, and perhaps best known for having started Virgin Records as a mail-order record retailer in 1970. After the first Virgin artist, Mike Oldfield, released Tubular Bells, Virgin Records also went on to sign other household names such as the Sex Pistols and The Rolling Stones. 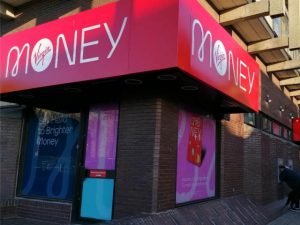 Nowadays there are more than 40 Virgin companies worldwide in over 35 countries, with a workforce of over 60,000 – so much for being a self-made billionaire. The Virgin Group is made up of Virgin Group Holdings Limited (VGHL) and its subsidiaries, with Branson (BVI) as the sole shareholder.

Call us cynical, but it’s a fair stretch of the imagination to suggest that old Goldilocks amassed his fortune through some sort of magical Midas touch – as is often implied by his arse-licking admirers. Instead, he is just like capitalists the world over, who have to employ the knowledge, skills and physical labour of you and every other member of the working class in order to produce and create their wealth for them. A point not lost on Branson who was quoted as saying: ‘Your employees are your company’s real competitive advantage. They’re the ones making the magic happen – so long as their needs are being met’.

More’s the pity then, that they’re also the first to be dropped when your needs for more and more profit are not being met. Remember these headlines when he furloughed his staff at government expense? ‘FLOG YOUR PRIVATE ISLAND AND PAY YOUR STAFF: Richard Branson among billionaire business owners and shareholders facing furious demand to open their OWN wallets to help staff survive as the coronavirus epidemic batters the economy’ (bit.ly/3GIPPsx).

Now far be it from us to single out cuddly Richie Rich for special criticism of the capitalist class and the system they thrive on. Just before the ghost of Christmas past becomes a distant memory, who could fail to be incensed by the actions of another big-time capitalist by the name of Vishal Garg, CEO of US online mortgage company Better.com. Just weeks before his staff were preparing for a much-needed festive break from the pressures of meeting profit targets dictated to them by Garg, 900 of them were asked to attend a hastily arranged Zoom meeting. Many of them were under the impression that they were about to receive news of this year’s Christmas bonus pay-out. Instead they were told by Garg that ‘If you’re on this call you’re part of the unlucky group being laid off,’ and ‘Last time I did [this] I cried’. Then just for good measure and to add insult to injury, he went on to blame them for their poor productivity, claiming that ‘staff efficiency and performance’ lay behind the mass-firing of 15 percent of Better.com’s workforce. It seems however the one thing he forgot to mention was the $750m cash infusion Better.com received from Softbank, a Japanese firm and key investor. Which no doubt will have demanded a reduction in the company’s wage bill in order to maximise their profits.

Using online technology to make the house-buying process ‘faster and more efficient’, Garg also announced earlier this year that he planned to float the company on the stock market. A deal which estimated the value of the business – which Mr Garg founded in 2015 – at between $6.9 and $7.7 billion. Soon after the mass firing hit the news, Fortune magazine revealed that Mr Garg was also the author of a previously written anonymous blog post in which he accused sacked staff at his firm of ‘stealing’ from their colleagues and customers by being unproductive and only working two hours a day, while claiming for eight or more. A classic tactic used by his type to divide and conquer the workforce. Garg’s management style has been criticised before, after an email he sent to staff was obtained by Forbes last year. In the email, Garg wrote: ‘You are TOO DAMN SLOW. You are a bunch of DUMB DOLPHINS… SO STOP IT. STOP IT. STOP IT RIGHT NOW. YOU ARE EMBARRASSING ME’.

Meanwhile former employee, Christian Chapman, described his experience of receiving the news of his lay-off via Zoom in a BBC News interview as ‘excruciatingly painful’ (bbc.in/3pQpceq).

None of this will come as any great surprise to regular readers of this journal. Most will recognise the cold-hearted reality of life under capitalism and the misery that it all too often causes. For the average person, the best we can do in order to survive, is the selling of our acquired skills in return for a wage in the ever-competitive world of jobs and employment. Very occasionally, if market conditions happen to favour workers, then there’s a chance of wages being driven up, as has recently been the case due to the shortage of HGV drivers in the UK. Noticeably pretending to be in favour of a high-wage economy recently, it wasn’t long before buffoon Boris Johnson showed his true blue colours, making a quick U-turn in immigration policy in order to offset the sudden need to increase wages in that particular sector of industry, by opening the UK borders to experienced HGV workers in an effort to help stabilise the wage bill of companies unable to fill vacancies in the UK. That’s the basic capitalist law of supply and demand, which applies not just to goods but also to human labour. If there is an over-supply of something, its price goes down, if a shortage, the price goes up.

Is there a solution?

Indeed there is. Here in the UK and all other advanced countries of the world, there already exits ample technology, raw materials and skilled labour for us to create a more sustainable and productive society for the benefit of all life on earth. All that is needed is the widespread knowledge, understanding and will to make it happen. Workers of the world don’t need to depend on Richard Bransons or Vishal Gargs to create the conditions for a meaningful and satisfying quality of life. If we do, we’ll have a very long wait. What we need to do is come together to share our skills and knowledge cooperatively for the good of all and without the unnecessary burden and barriers created by money and markets. A truly civilised society would bring an end to the current climate of fear and insecurity caused by hiring and firing, an endemic feature of capitalism.

It’s all well and good thinking, theorising, discussing and debating the rights and wrongs of the system. However what is needed more than anything right now is engagement with our fellow workers, to spell out at every opportunity, be it online, in person, on the street, in the pub, at our places of work and leisure, the brutal reality and lack of opportunity and fulfilment that exists with life under capitalism. We need to explain and present a positive case for socialism, to work towards a better future for all human and other animal life on earth, while at the same time protecting the environment. Let’s stop procrastinating. Let’s do it now!