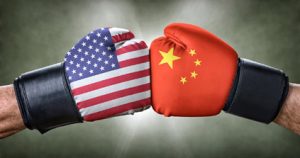 Caitlin Johnstone in an article titled ‘Nobody Who Says “You Can Criticize Washington AND Beijing” Actually Does’ on her eponymously named blog writes (19 November):

‘The US and its tight network of allies are indisputably far, far more worthy of criticism than the government of China. But in the western world this reality is not reflected in the criticisms that are voiced; in fact it’s as ass backwards as you could possibly get it. China is criticized far more, and US imperialism is criticized far less.’

She is wrong. Here are two examples of China AND USA being criticised:

‘The United States accused China of intimidating its South East Asian neighbours. The United States declare that freedom of maritime navigation is an issue of ‘national interest’ and for another country to challenge America is to effectively declare war upon the United States, which is exactly what China appears to be doing in the South China Sea, a resource-rich and highly contested waterway’ (War Drums in the China Sea, Socialist Standard, August 2020).

And from one section of the Trotskyist left:

‘In terms of wealth rather than income, the wealthiest 1 percent of individuals owned nearly 31 percent of China’s wealth in 2020, up from around 21 percent in 2000. In the US for instance, the share of wealth of the top 1 percent reached 35 percent in 2020. According to the Hurun Global Rich list, the number of dollar billionaires in China hit 1,058 last year, as compared to 696 in the US’ (Behind Chinese President Xi’s populism, mounting social inequality, wsws, 22 November).

Socialists see no reason to have a debate about which nations belong in the ‘imperialist” premier league as we workers have no country. We do not defend China’s annexation of Tibet or their involvment in the killing fields of Cambodia, Korea and Vietnam. Modifying an old leftist slogan, we say: Neither Washington nor Beijing! No war but the class war!

Nothing to kill or die for

‘As the Chinese very well know, Yemen is rich not only in the so far unexplored oil and gas reserves, but also in gold, silver, zinc, copper and nickel. Beijing also knows all there is to know about the ultra-strategic Bab al Mandab between Yemen’s southwestern coast and the Horn of Africa. Moreover, Yemen boasts a series of strategically located Indian Ocean ports and Red Sea ports on the way to the Mediterranean, such as Hodeidah’ (String of pearls: Yemen could be the Arab hub of the Maritime Silk Road, thecradle.co, 19 November).

Capitalist conflicts between states and within states can result from competition over markets (eg, ‘in one of the world’s worse conflict zones, namely Yemen, the air attacks are mostly by Saudi Arabia and the United Arab Emirates, equipped with arms primarily from the US and UK…’ and ‘since 2011, China has emerged as one of the largest arms suppliers to Ethiopia’ – ipsnews.net, 25 November). Conflict can also stem from competition over sources of raw materials, energy supplies, trade routes, exploitable populations and areas of strategic importance.

All over the world there are conflicts of interest between states which lead to war when other means fail. The vast majority of wars since the end of WW2 in 1945 have been wars within states (‘civil’ wars), in which the victims are overwhelmingly civilians or non-combatants. One such example, Ethiopia, lies across the narrow Red Sea, another resource-rich and highly contested waterway, from Yemen. 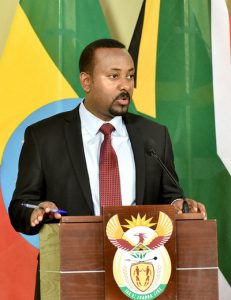 ‘Ethiopia’s Nobel Peace Prize-winning Prime Minister Abiy Ahmed has said he will lead his country’s army “from the battlefront” starting on Tuesday, a dramatic new step as the year-long conflict moves closer to the capital, Addis Ababa. Tens of thousands of people are estimated to have been killed and hundreds of thousands pushed into famine conditions since November last year when the prime minister ordered a military offensive against the Tigray People’s Liberation Front (TPLF), which dominated the central government for decades before Abiy took office in 2018’ (aljazeera.com, 23 November).

And the world will be as one

‘The outgoing head of the UK Border Force has triggered a political row by describing ‘bloody borders’ as ‘just such a pain in the bloody arse’… Mr Lincoln, who left his position last month as part of a shake-up by Home Secretary Priti Patel, ended his speech by quoting lines from rock star Shane MacGowan, of The Pogues, saying: ‘People are talking about immigration, emigration and the rest of the bloody thing. It’s all bloody crap’’ (dailymail.co.uk, 14 November). 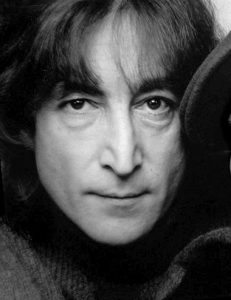 Another singer/songwriter, John Lennon, put it more eloquently in Imagine. And the Wobblie Syd Kingsford writing a year before the start of the war to end all wars stated: ‘Not content with robbing my class of the major portion of its product, the robber class has the colossal impudence to demand that the sons of the robbed workers shall don a uniform, shoulder a rifle, and be prepared to defend the possessions of the robbers… What does it matter to me if the robbers sometimes fall out and quarrel over the division of the spoil wrung from the workers? The point is that I am robbed with impartiality by the capitalist class, no matter what country I am in, or what nation I happen to belong to. To me, no country is so superior to another that I want to get shot in its defence. I prefer to work for the time when national barriers will be thrown down, and the workers united for the purpose of evading a system of society which causes war’ (New Zealand Evening Post, 8 July, 1913).