Tarred with the same brush

In an essay titled ‘Karl Marx was a racist misogynist – do not discuss’ we are told: ‘When it comes to neo-Marxist inspired cancel culture, rationality and reason fly out of the window to be replaced by politically correct ideology and cant… This latest campaign to rid the British Library of what is condemned as structural racism and white supremacism is part of a larger strategy associated with the death of George Floyd… ‘ (conservativewoman.co.uk, 26 November). Socialists are always keen to debate – anything, anytime, anyplace, anywhere could be our motto! – but those identified as ‘neo-Marxists’ and, it has to be said, Conservatives less so. Marx opposed racism and always insisted that ‘the emancipation of the productive class is that of all human beings without distinction of sex and race’ (1880 Preamble drafted by Marx to the Programme of the Parti Ouvrier). There is no doubt that black and ethnic minority workers overall have it tougher when it comes to police brutality and lack of opportunities in employment, education and housing. However, it does not follow from this that racism should be treated as an issue that is separate from capitalism and its class divisions. All racists and some feminists divide workers from each other. Along with reformists, they delay the day when, in the words of Oscar Wilde, one of the famous writers castigated for having links to slavery, ‘Socialism, Communism, or whatever, one chooses to call it, by converting private property into public wealth, and substituting co-operation for competition, will restore society to its proper condition of a thoroughly healthy organism, and ensure the material well-being of each member of the community’ (The Soul of Man under Socialism, 1891). 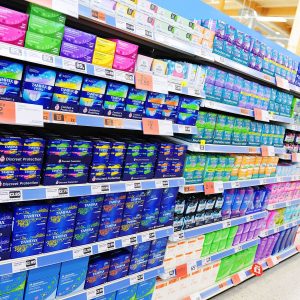 ‘Scotland becomes the first country in the world to pass landmark legislation offering free period products to anyone who needs them’ (dailymail.co.uk, 24 November). This is undoubtedly a positive step, particularly for members of our class experiencing period poverty, yet Scotland is just one of 195 countries in the world and the pace of reform is very slow and uncertain. We are informed that ‘ …70% of women in India… say their family cannot afford to buy sanitary pads. In fact… only 2 to 3 percent of women in rural India are estimated to use sanitary napkins as per 2016 data. This results in women resorting to unhygienic practices during their menstrual cycle, such as filling up old socks with sand and tying them around waists to absorb menstrual blood, or taking up old pieces of cloth and using them to absorb blood. Such methods increase chances of infection and hinder the day-to-day task of a woman on her period’ (countercurrents.org 28 October). Affordability, culture, distribution, and paucity of clean water all complicate matters as does the safe, environmentally friendly disposal of used pads. The author fails to address the obvious alternative of medically approved methods of menstrual suppression, where the need for pads, etc., is reduced or eliminated. Such alternatives are not free and do not register on the reformist radar.

Marx wrote, in a letter to Ludwig Kugelmann, dated 12 December 1868: ‘Everyone who knows anything of history also knows that great social revolutions are impossible without the feminine ferment. Social progress may be measured precisely by the social position of the fair sex (plain ones included)’.

‘Covid has resulted in a 20 percent increase in domestic violence and surprisingly misogyny is not a hate crime’ (thenorthernecho, co.uk, 24 November).

‘There were 1,575 individual women and girls who had an attendance where FGM was identified in the period between July 2020 and September 2020’ (digital.nhs.uk, 26 November).

‘One in five men in the UK don’t believe that gender inequality is still a reality in society today… ‘ (independent.co.uk, 10 November). 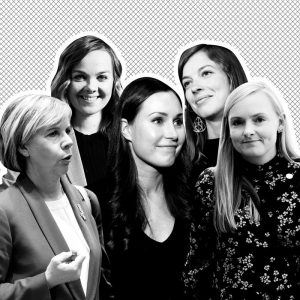 ‘A year will soon have passed since Finland’s new coalition government headed by five women started work. It has dealt efficiently with the coronavirus pandemic, while drafting an ambitious Equality Programme – a programme that states, among other things, that everyone has the right to determine their own gender identity’ (bbc.com, 25 November). This is a reminder that women are just as capable of running society as men. Yet under capitalism, women have developed their potential for being every bit as destructive as men; they have become active participants in military carnage, fervent spouters of fake news and ‘alternative facts’ or superstitious nonsense and avid proponents of reactionary politics. In other words, the female of this species is becoming as brutalised as the male. Socialists know, however, without the support of a majority of women the establishment of a post-capitalist society is impossible. All wage slaves are members of the same class regardless of colour, gender and sexuality. We are a global class with identical class interests in all the 195 countries in the world. Marx’s son-in-law, Paul Lafargue, born in Cuba to French and Creole parents, provides this quotation: ‘The modern means of production can no longer be controlled except by society, and for that control to be established, they must first become social property; then only will they cease to engender social inequalities, to give wealth to the parasites and inflict miseries on the wage-working producers… ‘ (Social and Philosophical Studies, 1906).

One Reply to “Rear View”