The recent pandemic highlighted the shortages of vital medical supplies even though the need had been anticipated. Under capitalist logic, spare hospital bed capacity and stockpiles of personal protection held in storage for medical staff represent wasted resources and, rather than addressing the deficiencies in healthcare, investment in military equipment to prepare for future wars are considered money better spent.

Max Mutschler from the Bonn International Center for Conversion, a peace institute, explained, ‘Military expenditure is based on worst-case scenarios.’ He explained that the threat of military conflict always remains present in the background: ‘With regard to the tension between the US and China, we do not know if there will be an armed conflict or not. So the militaries in both countries are preparing for this eventuality, and they’re very good when it comes to lobbying for more funds’.

According to the SIPRI report, in 2019 the USA was responsible for 38 percent of global military expenditure, totalling $732 billion. The increase over its 2018 budget alone amounted to the equivalent of Germany’s total expenditure in 2019. China ranked second place after the US when it comes to military spending. Its budget contributed 14 percent of global military expenditure in 2019 and rose by more than 5 percent to $261 billion. China’s military budget has jumped by 85 percent since 2010.

The COVID-19 pandemic has exposed what the priorities are under capitalism. Keeping citizens safe ought to be the greatest responsibility of any society. Since 2003, the world witnessed the SARS, H1N1, MERS, Ebola and Zika virus outbreaks. States, in other words, had ample warning time to prepare for the possibility of a pandemic. But governments’ priority was to spend on armaments rather than readying for a potential pandemic disaster. 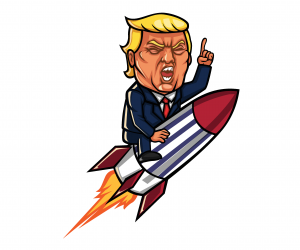 ‘Every gun that is made, every warship launched, every rocket fired signifies, in the final sense, a theft from those who hunger and are not fed, those who are cold and are not clothed. This world in arms is not spending money alone. It is spending the sweat of its laborers, the genius of its scientists, the hopes of its children’.

Nation-states have failed to recognise the biggest threats to our safety: pandemics, climate change and environmental destruction, and prefer to safeguard global trade routes and sources of raw material for capitalist industry.

A new report by the National Priorities Project (NPP) at the Institute for Policy Studies, examined the connections between the climate emergency and the US military.

The report, entitled ‘No Warming, No War: How Militarism Fuels the Climate Crisis—and Vice Versa’, says that the ongoing coronavirus pandemic ‘has utterly changed life as we know it’ and warns against working toward a return to an old normal which was ‘defined by unfettered capitalism that thrives on the devastation of our planet, the devaluation of human life, and the use of military force to perpetuate both.’

The report also takes aim at the military contractors such as Lockheed Martin, Boeing, General Dynamics, Raytheon, and Northrop Grumman that reap massive profits from the devastation of war.

‘On a local and global scale, humanity and community have been co-opted by profit and violence. This ‘normal’ has now brought us to the brink of an existential crisis as climate change continues nearly unabated,’ co-authors Lorah Steichen and Lindsay Koshgarian write in the foreword. ‘In the face of both COVID-19 and the climate crisis, we urgently need to shift from a culture of war to a culture of care’.

Half of all international wars since 1973 have been linked to fossil fuel resources, particularly in the oil-rich Middle East. According to NPP:

‘The US military spends an estimated $81 billion a year to protect the world’s oil supplies—even before accounting for the Iraq war.’

It is ‘among the biggest polluters’ on the planet, producing about 59 million metric tons of greenhouse gas emissions per year, more than countries such as Sweden, Denmark, and Portugal, according to the Costs of War Project at Brown University’s Watson Institute for International and Public Affairs. A B-52 consumes as much fuel in an hour as the average car driver uses in 7 years.

The interests of working people are best promoted by a society based on common ownership of the world’s resources, with no national barriers. Then, global production system can be geared not to the interest of profit, but to serving human needs. Rational economic decision-making can replace the present chaotic market. Coordination and planning will aim to benefit the people. The main task of socialist society will be to satisfy people’s needs. That is the goal to socialists strive for.