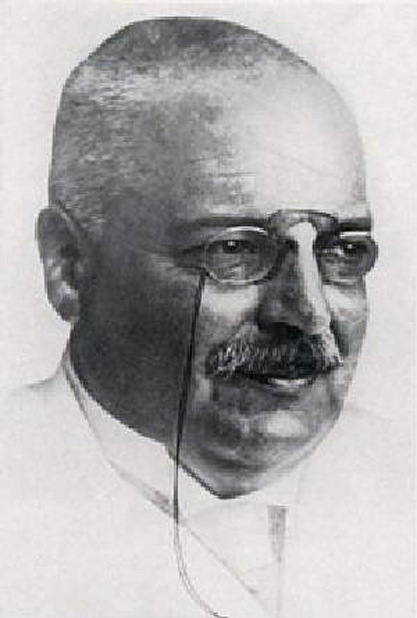 The occasion of the first discernible symptom was treated as a joke. Around the table in the coffee bar on a Saturday morning Ben suddenly lunged across to grab his brother’s croissant and sat there eating it. But he was not smiling. And neither was his brother or his wife Deb. And it was the same on another coffee morning when Ben suddenly arranged two unnecessary seats at the table, telling the others that these were for his father and his eldest sister – who had been dead for some years.

But as the disease took its remorseless grip on him it became less and less appropriate to be amused by those symptoms. There was the morning when Deb still had enough confidence in him to agree for him to go to the shops in the parade around the corner from the maisonette where they lived but this was changed when he lost his way along the half mile or so of the pavement – and did not bring back any shopping. Then there was the sudden need to lock away all food and drink in a high cupboard after Deb came upon him in the kitchen making himself a morning coffee from a basic ingredient of washing up liquid. And when he suffered such confusion over doors – which one led where and why – that he mistook their front door for the entrance to their toilet and urinated on their balcony in view of the other residents.

Ben’s reaction to this situation was mainly a primitive fear for himself, which caused him to be guarded – defensively abusive – to others who put him under pressure to behave in a more conventional fashion. There were times when he refused to go to bed at night or to get up in the morning, to get dressed or to eat his food. And if anyone – particularly Deb – put any pressure on him to change he reacted with sulks, rages, threats. There were times – in a shop, a café, a car – when the situation became so badly out of control that she was starkly up against the memory of a friend whose husband also suffered from the same disease which changed his behaviour from a gentle, deeply caring partner and father to their two daughters into a man whose response to the presence of his wife was to be physically violent towards her. She tried Respite Care – short periods in a nursing home to provide his family with some relief – but his conduct was such that it became necessary for him to stay in a home permanently. Where he fumed and glared and swore until pneumonia took him into impotence and then the relief from death. This had to be an immediate prospect for Ben when his periods of Respite Care led to a succession of amnesia and seriously disabling accidents. It did not take long for him also to be placed permanently in a home – selected by Deb after prolonged, achingly guilty assessments of the locality  – where they kept him as free from serious accidents as they could until he also faded away, in the  local hospital, from what was officially recorded as another case of pneumonia. In fact he had suffered for some ten years from the developing grip of Alzheimer’s Disease.

The disease is named after Alois Alzheimer, the German neurologist and psychiatrist who perceived the particular pathological condition of dementia which carries his name. Medical science was always his obsession and in the late 19th century he took up a residential placement at the Hospital for Mentally Ill and Epileptics in Frankfurt, where his pioneering work was deservedly regarded as Free From Restraint. (He was, incidentally, a cigar smoking obsessive and was inclined to leave his stubs on the bench where he had demonstrated his work to his students – who thought none the less of him for it).  Alzheimer was especially involved – obsessed would not be too strong a term – with a 51 year-old woman who suffered from behavioural problems with a deepening memory loss developing into severe dementia. When she died in 1906 Alzheimer examined not only the records of her illness but also her brain. The conditions he found there were distinctive enough to justify a diagnosis of senile dementia which became known as Alzheimer’s Disease. He died, aged 51, in 1915 from cardiac failure.

Ben was at first reluctant to take advice about his developing strange behaviour but Deb insisted. The early diagnosis was that he had a reading problem and, although he could read all the newspapers and some hefty tomes of history, he was referred to a Therapeutic Reading Group in the hospital. It was through Deb’s insistence that he was eventually seen by a consultant, who placed him as an Alzheimer sufferer and began visiting him at home for £150 a prescription.  The cruel reality is that with passing time Alzheimer’s and its dementia become more prevalent and insistent. The most recent figures show some 850,000 cases in the UK, expected to rise above one million over the next ten years. It is the third most common cause of death in UK women. Typical symptoms, matching up with Ben’s experience, are memory loss, slower thought processes, mental agility and judgement – the dreaded lack of emotional control and what it means in terms of potential violence towards those close to the patient. There is no cure.

As Ben’s condition worsened, as his responses to Deb – one of that gallant band of 700,000 known as ‘informal carers’ – became more chaotic and threatening, she became more desperate, struggling against the impending conclusion that the disease would in the end defeat her best efforts so that for both of them to survive she would have to surrender his care to some kind of residential institution, with all that meant in terms of paying for him to be there.

She found such a home, she worked out that all things considered she could just about afford a place there for Ben but when he was accepted his condition worsened until he could not walk, or even stand, or even sit upright. His speech became agonisingly slow and he was obsessed by his desire to be taken back to their home. In his brain there was chaos where before there had been order and forethought. One morning in his room a nurse was unable to find a pulse. The ambulance rushed him to hospital where in a few hours his wish to die was allowed to take effect. And who had to pay for all of this, and how? A succession of social workers – bright, sensitive, desperate to humanise Deb’s agony amid her loss (but with the job of controlling the cost – during the past year the average price of a place in a care home has risen to over £30,000) called to assess her situation. In some cases a local authority could put some cash in but only after an assessment had established a need and the fact that there was no other source. Any savings and property (they called it ‘capital’) above £23,250 would have to be taken into account. Or there were charities which might be able to help. Deb did not find it agreeable to submit to these interrogations while trying to control her exhaustion and grief.

But if you asked her, and her children, what they thought of this method of organising human lives, of managing and surviving, she would readily respond that it was the best available to us.  She could not – did not want to – look beyond a system in which money is a vital conduit along which all human activities including health, sickness, death, are directed. Ben suffered this as well and his death should have taught something to all those who knew him.