Pathfinders: The Mismanagement of Measuring 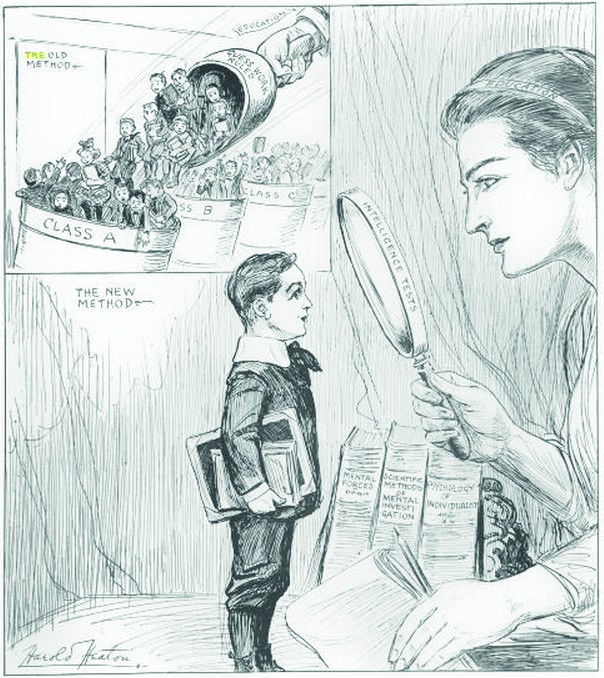 SEE WHAT you think of this recent statement by a genetics researcher, commenting on the long-running political war over IQ testing: “The left-wing view is that everyone’s born the same and you can make everyone achieve the same way. From genetics research, we’ve shown that’s not true” (http://qz.com/740569/t/429017).

Chances are you’ll first bridle at the phrase ‘the left-wing view’, this being the sort of careless and sweeping precursor to some equally careless right-wing prejudice. Then you’ll try to recall if you’ve ever heard anyone, regardless of political orientation, come up with the fundamentalist view that ‘everyone’s born the same’. You’ll probably decide that you haven’t, because in your experience nobody really buys this ‘blank slate’ argument. Your conclusion? That the above statement is a pretty vacuous straw man argument which reflects badly on its owner and indeed invites some suspicion over the ‘genetics research’ being thus promoted.

Research into human intelligence, what it is and how to measure it has made great strides since the days of the craniologists and their tape measures, but the debate is as plagued now as it was then by political bias, and by the tendency of both sides to dig trenches and fire heavy caricatures at each other. The ‘left’ trench had a big hitter in the form of palaeontologist Stephen Jay Gould, who launched a flamethrower with his 1981 book The Mismeasure of Man, which set out to savage the ‘genetic determinists’ and their class-based obsession with rankings, reification and hierarchies. But opponents responded angrily that Gould had missed the point by attacking largely out-of-date research and methodologies and ignoring new research, and that ultimately his argument assumed what he set out to prove. Richard Dawkins, with whom Gould had a famous spat over the question of ‘adaptations’ in evolutionary theory, would likely agree that Gould was not above caricaturising the views of his opponents for the sake of a good polemic. But Gould was also the subject of savage caricature, notably by the philosopher of science Daniel Dennett, known by certain wags as Dawkins’ bulldog.

Complex and heated as the arguments are, the basics of the IQ question are simple enough. Modern computing power combined with big data and meta-analyses (discipline-wide reviews of all relevant studies), together with a torrent of new knowledge from MRI scans of the working brain, present a forceful case that genetics has a clear role in human intelligence, almost regardless of how you care to define that word. To put it bluntly, everyone can’t be Einstein, even given all the opportunities in the world.

On the other side of the scale sits the ponderous and imponderable combined weight of social, environmental and other factors. Nobody argues that these don’t exist, but nobody knows how to control for these factors in testing, so no scientific test can realistically be pronounced conclusive or even fair. To be sure, studies of twins, raised separately yet exhibiting identical IQ scores, mannerisms or other habits, are powerful genetic evidence that lead some researchers to claim that the genetic component of intelligence is anything up to 70 percent. But while these twin studies seem to remove much of the common environmental background noise, nobody can say what other factors might have been introduced instead. You can’t control for coincidence. If you meet and talk to 10 random people at a bus stop, the chances are you’ll share certain behavioural, emotional or intellectual tics with at least some of them. Thus the interpretations based on twin studies may look strong without necessarily being so.

The well-known Flynn Effect, named for the observation that IQ scores have increased on average by three points per decade for a century, also throws a hefty spanner in the genetic works. If IQ really is genetic, how can it keep getting better at a rate far in excess of the glacial pace of natural evolution? James Flynn himself thinks he has the answer, in short that people are drawn to environments that suit their genes, thus creating intellectual feedback loops that amplify their genetic differences (New Scientist 30 July) This is similar to Dawkins’ idea of the extended phenotype, which sees not just your physical body as a uniquely identifiable genome, but extends the idea to include your house, shoes and career choices too.

What do socialists say? Obviously, that we don’t know any better than scientists, and await their further research with interest. We are committed to the view that humans should be able to live in an equitable world in which they can give to the community what they are able and willing to give, whatever the practical limitations on that may be, while at the same time being entitled to receive whatever it is that they need, with similar provisos, and crucially, without the one in any sense entailing the other.

But we might also say that capitalist society is a terrible test bed on which to study intelligence or any other human quality because being in no sense a ‘fair’ system it can therefore in no sense deliver a fair test. Riddled with bias and rigged by the rich, it can never be the definitive authority on who we are as humans or what we’re really capable of.

The real ‘mismeasure of man’ that blights the human condition is not some reductionist mission to isolate, count, measure and label every atom of what it means to be a sentient human. It is the fact that all this science is done in the interest of the plundering of our bodies and minds and abilities by the rich elite. The ugliness behind the façade isn’t the feuding partisanship of the technical arguments, it’s the fact that the rich elite who ultimately bankroll the debate don’t look upon us, the vast majority of humanity, as people or even as workers, they look on us as a natural resource, a money-generating human ‘ore’ with the magical ability to mine itself and refine itself and then grade and polish and put itself to use for life until it wears out and discards itself, but not before helpfully providing its own replacement. The IQ debate isn’t really about science, it’s about quality control on the capitalist production line, and that’s why socialists should refuse to get drawn into it, either on the nature or the nurture side.

In socialism, in most normal circumstances where risk to others is low or zero, the real arbiter of a person’s ability should, like that person’s needs and that person’s interests, be that same person and nobody else. Whether objective estimations of IQ continue to be seen as valid or relevant may be a moot point. After all, it was people with such objective expertise who told Einstein he would never amount to anything.