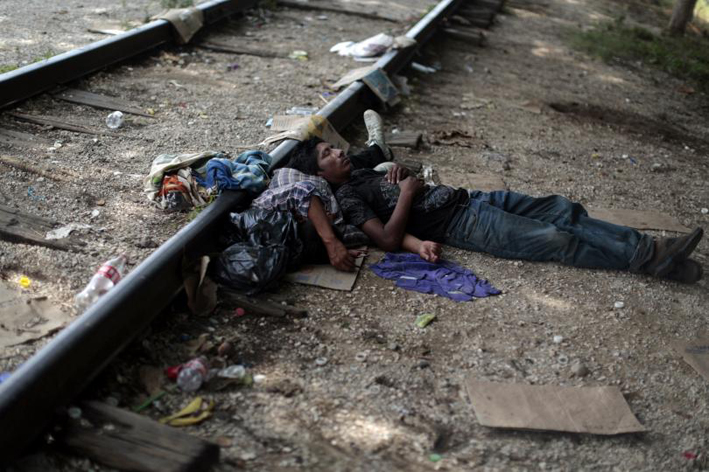 Billionaire presidential hopeful, Donald Trump, has pledged that, if he becomes President of the United States, he will build a 3,145 kilometres-long wall or fence between the US and Mexico, to keep out all Mexicans and other Latin-Americans.

Between 1965 and 2015 more than 16 million Mexicans migrated, legally or illegally, to the US. Between 2009 and 2014 870,000 came, according to the Pew Research Center. About 5.7 million are currently living in the country illegally, but they do not come, or attempt to come, just from Mexico. They are from Guatemala, Honduras and El Salvador. They attempt to reach America via Mexico. ‘It is like a fever. People are desperate,’ says one Honduran by telephone to the Toronto Star (30 January).

From 1 October, 2014 to 30 September, 2015 134,000 central Americans, many of them unaccompanied children, fled north, only to be arrested by the American authorities. Many of them don’t get that far. They are apprehended, or even killed before they reach the United States border, either by the police or by narco-gangs. Approximately 153,000 Guatemalans, Hondurans and Salvadorans were deported back south in 2015 alone. A few attempt to return north again almost immediately despite the risks.

As in Europe and the Middle East, there are always smuggler gangs offering up to three attempts to get would-be migrants into the US. The costs range from between $5,000 and $10,000. More and more of the migrants, even they succeed in getting into the United States, are being caught and deported.

Why do they try? Why are they so desperate?

Most are peasants, owning little or no land or propertyless workers, often unemployed and desperately poor. Then there is the gang, drug-related violence. San Pedro Sula in Honduras is said to be the world’s second-most violent, non-warzone city, followed by San Salvador. Many murders are gang-related; few are prosecuted. Parents are afraid to let their children play in the streets. And in the US?

Migration to America, however, is not all one way. Between 2009 and 2014 more Mexicans left the US than migrated into the country – probably up to one million. The grass in America, it would seem, was no greener than it was south of the border. Capitalism is everywhere.