Pathfinders: After the Sugar Rush 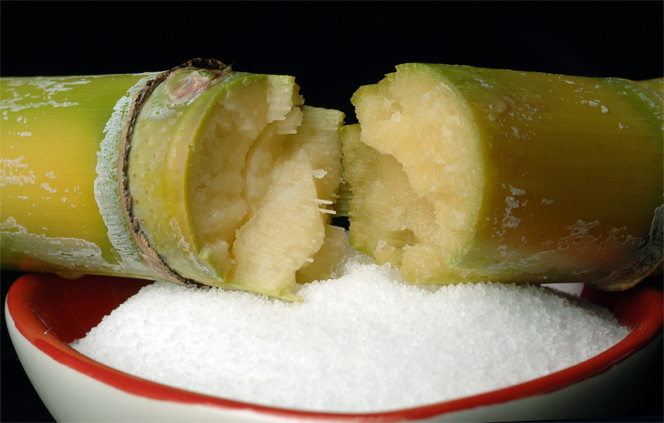 Why, when the news has recently been dominated by foreign wars, refugees, China’s revolting charm offensive in the UK and the popular new sport Kick-a-Corbyn, has sugar been making the headlines? Well, the immediate cause is that Public Health England produced a long-anticipated report saying that the public is eating too much sugar and that this is leading to obesity and health and dental problems.

Er, this is not exactly news, is it? We’ve been hearing this for years. The Food and Agricultural Organisation estimated back in 2009 that by 2015 each person in the world would consume 55 lbs of sugar per year, though this looks decidedly spartan next to the US, where per capita consumption stands at 150 lbs. That’s about the weight of a moped or a small horse. The problem is that people don’t even realise, because the near-ubiquity of the stuff in food products and soft drinks means it’s nearly impossible to avoid. You wouldn’t eat five straight teaspoons of sugar in a row, but nobody thinks twice about a low-fat yoghurt.

There isn’t much doubt in anyone’s mind – anyone outside the food industry, that is – that this has got to be a bad thing. But unlike smoking, where the link to cancer and heart disease were firmly established for a long period, sugar studies have been complicated by a lot of variables. For a start, the three different sugars come from different sources and are metabolised by the body in different ways, leading to different problems. Secondly, large-scale health studies were inconclusive because of the difficulty of finding non-sugar-consuming populations to use as control groups. Meanwhile some studies did the unexpected and went against conventional wisdom, for example debunking the popular belief that sugar leads to hyperactivity in children. But in general the links between sugar, obesity, heart disease and diabetes are now beyond contention, and sugar is fast overtaking fat as the main dietary concern among health professionals.

By 2050, 60 percent of men, 50 percent of women and 25 percent of children in the UK are expected to be obese. Epidemiologist Professor Simon Capewell was surely not overstating the case said last year when he said: ‘Sugar is the new tobacco. Everywhere, sugary drinks and junk foods are now pressed on unsuspecting parents and children by a cynical industry focussed on profit not health’ (Telegraph, 9 January 2014).

So what has the ‘cynical’ food industry been doing about it? Wriggling and writhing like the nest of snakes they are, and finding ways to disguise the sugar content of foods by listing it under different headings. A report by the Union of Concerned Scientists in June last year stated that ‘sugar interests use every tool at their disposal to obstruct science-based policy on added sugar’. These tools, they say, include intimidating study authors, threatening to suspend funds, using front organisations for the purposes of deception, spreading misinformation, ‘blinding with science’ in product promotion, concealing industry links, hijacking science communication and blogs, bribing academics, lobbying state policy bodies and funding pro-food industry  politicians (ucsusa.org – http://tinyurl.com/pktpcec).

So, nothing unusual there, and you can probably find some or all of the same tactics at work in many other spheres of capitalist industry. But the spectacular success of smoking bans across the world  – against many expectations – has given a fillip to campaigners seeking to ban, tax, restrict or demonise other guilty pleasures, and nobody was surprised when sugar campaigners were next to go on the warpath.

But with a politician’s forensic x-ray vision for what’s hot in the public sympathies and what’s not, the pro-fracking, pro-millionaire David Cameron has so far been resolutely against the idea of a sugar tax, notwithstanding the much-publicised campaigning of our favourite TV chef Jamie Oliver. The reasons for his opposition seem to be a) that Tories don’t like nanny-statism and don’t wish to interfere in people’s personal choices and b) that Denmark and Finland have both tried and abandoned a sugar tax, as everybody drove across to Sweden and bought their naughty treats there by the truckload.

The Tories couldn’t care less about ‘nanny-statism’ versus free choice (they’re happy to be super-nannies when it comes to drug prohibition laws), they’re just spineless in the face of the food industry’s money and political clout. And they’re not really afraid that the tax won’t work, they’re afraid it will.

What gets overlooked because most commentators are self-appointed campaigners drawn from the chattering classes is that, as with tobacco, junk food, meat, recycling, Fair Trade, regional accent, clothes made in Pakistan, Lottery funding and many social ‘isms’ there is a seedy class aspect to all this. Sweet is cheap and wholesome costs wholly too much. The wealthier educated and professional income groups have the money to avoid unhealthy diets, which is why excessive sugar consumption and hence sugar-related diseases have become a badge of the lower orders within the cultural strata of the working class.

So the war on sugar ends up as a condescending war on the poor who don’t have the resources to treat their children to ballet classes or holidays to Thailand but who do have votes, and who – astounding but true fact – very often use those votes to vote Tory.

Even so, the government are likely to be backed into a corner over this issue, particularly as campaigners are pointing to the estimated £4bn annual cost of obesity to the NHS. Socialists don’t take a position on questions like whether or not to impose a sugar tax, because they’re internal to the workings of capitalism and don’t have a direct bearing on the case for revolution. But we certainly do have an opinion on whether it’s right for an industry which exists to feed us instead to be deliberately adulterating food and slowly poisoning us in order to give their profits a quick sugar rush. Whether sugar ends up being taxed or not, or other measures brought in to restrict those notorious buy-one-get-one-free deals, the lesson is as plain as the icing on the cake. Capitalism is not interested in your health, only in accumulating wealth at your expense.