The Ayn Lady written and performed by Emma Kilbey, with Lennard Sillevis was produced at the Oval House theatre in Kennington, South London last year. Kilbey and Sillevis play three roles each: as Barker and Larkin, ‘objectivist’ management consultants attempting to crack through the Russian-doll layers of Ayn Rand, also as Ayn Rand and her husband Frank O’Connor and also as Rand apostles Nathaniel and Barbara Branden. Kilbey is mesmerizing in all three roles. 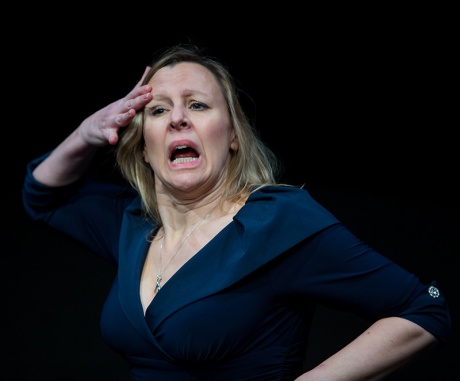 Rand is notorious as the author of Atlas Shrugged which promoted her ‘objectivist’ philosophy which boils down to: individuals need to pursue their own self-interest and their own happiness, that is their moral duty. She was anti-altruism, anti-self sacrifice, anti-welfare, big on laissez-faire capitalism, deregulation of the markets, and zero empathy. She wrote that the individual should ‘exist for his own sake, neither sacrificing himself to others nor sacrificing others to himself’ and extolled egoism as ‘the virtue of selfishness.’ The play shows how personal relationships suffer in the absence of empathy when Rand and Nathaniel Branden begin an open affair with the reluctant permission of their spouses. Kilbey also includes statements from Tory politicians such as Boris Johnson and former prime minister Margaret Thatcher which resonate with Ayn Rand’s philosophy.

One of Rand’s apostles was Alan Greenspan who would later become Chairman of the US Federal Reserve 1987 to 2006. In the 1980s Rand became the Reagan administration’s ‘novelist laureate’, and her ideas influence today’s economic world stage. The Tea Party in the USA was described by Ben McGrath in The New Yorker as a collection of ‘Atlas Shruggers’, and in fact according to an American survey, Atlas Shrugged was ranked second only to the Bible as a book that had most influenced their lives. 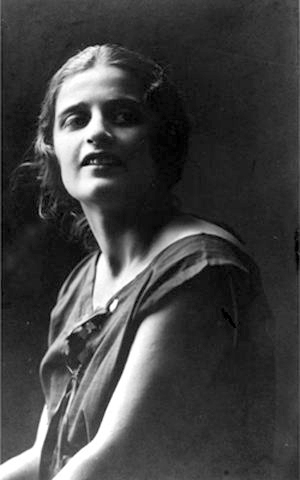 Gore Vidal in his review of Rand’s book New Intellectual in Esquire in July 1961 had warned that ‘the muddy depths are being stirred by new monsters and witches from the deep. Trolls walk the American night. Caesars are stirring in the Forum. There are storm warnings ahead.’ Vidal dissected Rand’s rancid philosophy as ‘attempting to give a moral sanction to greed and self-interest, and to pull it off she must at times indulge in purest Orwellian newspeak of the ‘freedom is slavery’ sort. She has a great attraction for simple people who object to paying taxes, who dislike the ‘welfare’ state, who feel guilt at the thought of the suffering of others but who would like to harden their hearts. For them, she has an enticing prescription: altruism is the root of all evil, self-interest is the only good, and if you’re dumb or incompetent that’s your lookout.’ Vidal concludes that Rand ‘has declared war not only on Marx but on Christ’ and he believes ‘altruism is necessary to survival.’

Anarchist Communist Peter Kropotkin in his work Mutual Aid: A Factor in Evolution concluded that cooperation and mutual aid are the most important factors in the evolution of the species and the ability to survive. Kropotkin wrote ‘the mutual-aid tendency in man has so remote an origin, and is so deeply interwoven with all the past evolution of the human race, that is has been maintained by mankind up to the present time, notwithstanding all vicissitudes of history.’ He also writes that in The Descent of Man Darwin ‘pointed out how, in numberless animal societies, the struggle between separate individuals for the means of existence disappears, how struggle is replaced by co-operation, and how that substitution results in the development of intellectual and moral faculties which secure to the species the best conditions for survival.’

For Rand the best social and economic system for realising human potential is capitalism. But as the Socialist Standard pointed out in December 2010, it is a ‘not really-existing capitalism, more a utopian vision of what a free market, laissez faire future might be like if only people acted rationally and according to their own interest, and the state got off people’s backs. Marx’s Capital shows that capitalism, even when it is operating perfectly well, without corruption or unnecessary state interference, must necessarily produce misery and exploitation; and that the state, far from standing in the way of free markets, was an absolutely essential tool for creating and maintaining them.’