Pathfinders: Polio – Back From the Brink 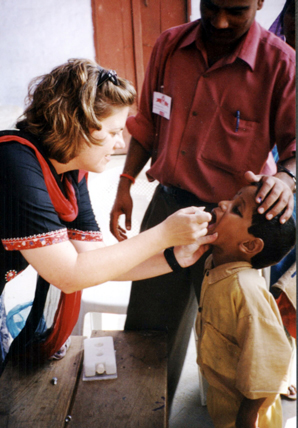 A fact about infectious diseases which deserves to be better known is that the closer you come to eradicating them, the more potentially dangerous they become. A case in point is polio, which the world came to within an ace of wiping out only to see it resurge to the point where last month the World Health Organisation declared a public health emergency (New Scientist, 10 May). The approach of spring rains in the northern hemisphere prompted the WHO to call for immediate vaccination drives after outbreaks in Syria, where such programmes have been interrupted by war and poor sanitation conditions in rebel-held areas, but also in Cameroon and Pakistan, where Muslim imams have notoriously claimed that vaccination was a western plot to sterilise their children. Vaccination is also strongly opposed in Nigeria by the guerrilla group Boko Haram, whose other recent contributions to civilisation have included abducting 200 schoolgirls to sell as sex-slaves and blowing up a hospital. Boko Haram (No to Western Education) is by the way a fine example of militant ignorance gone mad and a sobering reminder to socialists that if liberal capitalism were ever to collapse as some on the left delight in prophesying, there are groups out there who would love nothing better than to push the world back into the Stone Age.

The 1952 polio epidemic was the worst outbreak in US history, with 58,000 cases. In 2013 there were just 417 cases worldwide. This year so far there have been 68 confirmed cases. This may not sound like a lot, and it isn’t, so one might wonder why the WHO is ringing alarm bells so quickly. It’s because vaccination programmes don’t aim to vaccinate everyone, owing to the practical difficulties and expense, they generally aim for ‘herd immunity’. If a sufficient percentage of individuals are vaccinated in a group, those at risk of infection do not come into contact with each other and the virus is blocked by natural buffers. But if the percentage drops below the threshold level herd immunity breaks down, at which point an epidemic becomes sustainable. Consider this on a global scale, with modern air transport, and you begin to see why the WHO is worried. Syria, Cameroon and Pakistan are all known to be exporting the disease.

One doctor working in Dier ez-Zor, the province of Syriawhich first saw the outbreak, was quoted in December as saying “This is a disease. This is not politics” (npr.org/health, 2 December 2013). If only that were true. There would not have been an outbreak in the first place had it not been for the political situation. But diseases can be instruments of war as well as symptoms. In May 2010 this column discussed the eradication of smallpox, one of the towering achievements of modern science. Yet stockpiles of the virus continue to be held at the Center for Disease Control in Atlanta, USA and at the State Research Centre for Virology and Biotechnology in Koltsovo, Russia. Why? As Gareth Williams, professor of medicine at Bristol University, points out, these stockpiles have not been instrumental in any significant research into virology which might justify their continued existence. Meanwhile, because no virus exists in the wild there is effectively zero immunity among populations, and only derisory stocks of vaccine available in the case of accidental or deliberate release. The consequences would be truly biblical, which is why Professor Williams insists the stockpiles should be destroyed immediately (New Scientist, 17 May). Politically speaking, though, the stockpiles can be seen as an Ace of Spades in a pack of potential war cards, which may be why the WHO has been unable to enforce destruction despite five previous attempts, and why the US and Russia both oppose destruction.

The verdict is partially in concerning the sinking of the Korean ferry Sewol in April with the confirmed loss of 276 people – mostly high school students – and 23 still unaccounted for (BBC News Online, 16 May). It is still not clear why the ferry made a sudden sharp turn off the coast of Jindo island, but the cause of the resulting list and eventual capsize has become clear – it was overloaded and top-heavy. The ferry owners had redesigned the upper decks to create additional passenger space, and it had passed a Korean safety inspection only under the proviso that it would need to carry more ballast and cut down its cargo capacity in order to offset this extra weight. It seems that the owners chose to ignore this proviso and that the ferry was routinely overloaded despite a warning by an off-duty captain that this was making the ferry unstable. The cargo allowance was set at 987 tonnes while ballast load was set at 1,568 tonnes. When the ship sank it was carrying 3,608 tonnes of cargo, three and a half times the permitted amount, with ballast of just 580 tonnes, around a third of the requirement. Since ballast is held at the bottom of the hull while cargo and passengers are both above the water-line, it’s clear that the ferry was not only overloaded but top-heavy. The sudden turn, for whatever reason, resulted in a Mary Rose-type disaster. Very likely, vehicles and cargo broke their ties and slid across the decks, tipping the listing ship completely over.

All the media fuss, the Prime Minister’s resignation and the President’s apology, has been to do with how the disaster was handled, including the captain’s supposedly bad advice to stay put and not risk the water until rescue boats were on hand, and the slowness of the recovery of bodies, even though one diver died in the treacherous conditions. Socialists won’t be astonished that the surviving crew were the first to get the blame for the disaster itself, although one crewmember died trying to save passengers. This is the usual scenario, with corporate bosses and shareholders doing everything they can to distance themselves from blame. Ultimately you don’t need to be a socialist to see what was going on here – profits from carriage, shortcuts on safety, and blame the workers when the enterprise keels over and sinks like a stone.