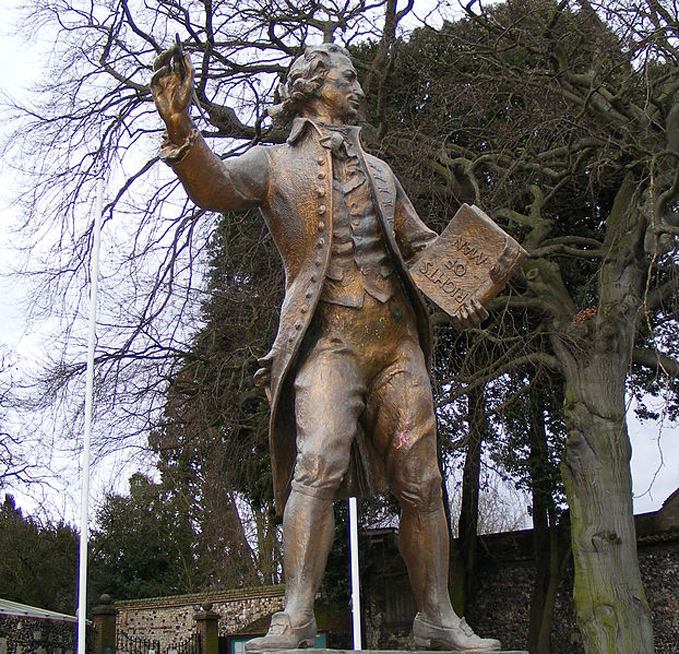 Tom Paine is still invoked today from Obama to some in the Occupy Movement.

In his inauguration speech in 2009, President Obama quoted from Paine’s patriotic rallying call The  Crisis, and during his election campaign he quoted from Paine’s Common Sense which advocated American independence. In 2012, Obama presented Bob Dylan with the Presidential Medal of Freedom. In 1963 Dylan received the Tom Paine Award for his work in the Civil Rights movement. Later, Dylan wrote As I Went Out One Morning referencing Paine. Paine proposed the abolition of slavery in his African Slavery in America, authored the proposal’s preamble for the Pennsylvania Assembly which abolished slavery in 1780 and later supported the Haitian Black Jacobins.

Paine’s book Rights of Man laid the foundations for bourgeois liberalism: freedom of property, commercial enterprise (a kindred spirit was Adam Smith), limited government, reduced taxation, advancement based on merit, productivity and industriousness. The bourgeoisie were a revolutionary class; the severed heads of Charles I and Louis XVI are testament.  Paine attacked the “chivalric nonsense” of monarchy and aristocracy for: its privilege and hierarchy, based on heredity; its corrupt government; taxation; wars; and its stifling of economic innovation.

EP Thompson called Rights of Man “the foundation text of the English Working Class movement” although it was in Agrarian Justice that Paine pushed bourgeois radicalism to its limits. He believed that poverty was caused by ‘bad’ government, and proposed welfare provision to be paid for by progressive taxation on landed property.  He also believed that the dismantling of the war machine would bring savings which could go to the “hordes of miserable poor” and thereby reduce taxation on the bourgeois class. Paine did see that the accumulation of property in the hands of a few would cause poverty, but he was a bourgeois liberal and believed: “That property will ever be unequal is certain”.

Marx saw the “rights of men to property” espoused by Paine and adopted in the USA as “not based on the union of man with man but on the separation of man from man”, and that the Rights of Man did not go beyond egoistic man: “it is not man who appears as a species-being; on the contrary, species-life, society, appears as a framework extraneous to the individual”.

Today, Paine’s bourgeois liberalism would be offended by the existence of monarchy, and the aristocracy still in government. The Prime Minister is related to the Queen and is a descendent of William IV, and the Chancellor of the Exchequer is an ‘Anglo-Irish Ascendancy’ aristocrat.