Brexit and Democracy: The Value of Your Vote

Thoughts on Democracy and Brexit

From the Chartists, through the Suffragettes, there has been an ongoing struggle for democracy. The suffrage, the vote, has been a focus of that struggle, the measure of just how democratic society has become. The ballot box is the echo chamber for the voice of the people. Except, it isn’t.

Should I choose not to cast my vote I am upbraided for betraying those who fought for, perhaps even died for, universal suffrage by not recognising its value. However, the contrary is the case. 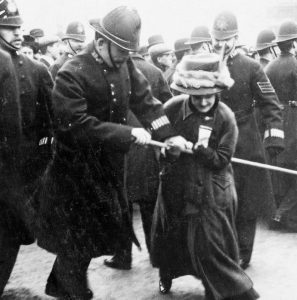 I value my vote so highly I will not simply fritter it away. It is not to be given to anyone or any party or cause who do not deserve it. It is all too easy to claim to grudgingly favour the best of a bad lot from a misplaced sense of duty. In the end a valuable asset is all too easily squandered.

So it was for the 2016 EU referendum. Plebiscites have, at best, a poor history. They are the favoured means by which despots seek a thin veneer of popular support for their tyranny. The fundamental weakness is the attempt to present a binary solution to complex issues. And, more often than not, there is insufficient or no factual data whereby a rational decision can be made.

So it was in 2016. Both Brexiteers and Remainers made assertions and shouted loudly, but detail was in very short supply. As economists frequently demonstrate, predicting the economic future is beyond our ken.

In capitalist terms, it is quite possible that the UK may well suffer short term difficulties if ‘we’ ‘crash out’ of the EU, but then go on to prosper, until the next inevitable recession that is. Staying in might well be an economically safer bet in the short term, but if Germany’s manufacturing industry continues to decline it could drag the rest of the EU with it. Both sides might as well slaughter a chicken, metaphorically of course, and examine the entrails.

Therefore, not voting in the referendum was the most rational position to take: hold on to the vote, value it, and don’t give it away to the mountebanks on both sides. Approximately 27 percent of the electorate did precisely that, they didn’t vote. However, that vote uncast, my vote, still counts.

This means that while the outcome has subsequently been presented in binary form, the result was actually a three-way split. In rounded figures: 37 percent voted to leave, 34 percent voted to remain and nearly 29 percent abstained. What is often presented by Brexiteers as an overwhelming vote in their favour, is in fact a minority position, with 63 percent not voting for it.

Governments often gain office on the votes of a minority of the electorate. But at least individual constituencies are represented by individuals from various parties. The party accruing the largest minority of votes aren’t then awarded all the seats in the Commons. And that government can, of course, be subsequently voted out. There isn’t the assertion that ‘the people have spoken’ and so there’ll be no need for future general elections.

Staying in or leaving the EU will ultimately solve none of the problems fundamental to capitalism. Trade wars and actual wars will continue to rage around the world, economic crises will periodically haunt us all, the environment will be further degraded in the ceaseless quest for profit. It must be that way whatever the EU or any other trading arrangements decide. ‘Leave’ or ‘Remain’ – either way capitalism remains intact and dominant.

The solution is achievable through democracy, the vast majority of people consciously choosing socialism. That will involve casting votes, making them even more valuable. But in themselves they will not be enough. True democracy demands a greater commitment than simply turning up at the polling station occasionally.

Voting in a majority of socialist MPs will not lead to socialism unless they are the expression of the majority working actively to bring socialism about throughout society, and around the world. The ballot box is an indicator, not the solution. Democracy has become a passive process playing upon false hopes, alienation and, unfortunately, prejudice. It has become an instrument to divide the working class against itself. Brexit being a clear example of this.

The referendum implies that singular issues can be isolated. However, all that actually happens is the political focus becomes so narrow and myopic that people fail to see what really needs to be confronted, to be dealt with in their own collective best interest.

Whether or not Brexit happens and how, climate change, war, low pay and insecure employment, recessions, poor housing and homelessness, desperate refugees, and so on and so on, will all continue as features of capitalism. Not because capitalists are heartless, they may or may not be, but because capitalism exists for one purpose only, capital accumulation – the pursuit of profit.

In or out of the EU, this will remain the case. It’s not a matter of leaving or staying, but transcending the EU and all capitalist economic and political arrangements by the mass conscious choice of democratically establishing socialism. The true proof of democracy is the vast majority actively deciding on and pursuing a better way of living.

So we say it is worth holding on to your vote, don’t squander it on short term solutions that actually solve nothing. It will prove to be far more valuable when used not as a palliative, but a democratic cure of society’s present ills.