Reflections on the Tolpuddle Festival

The festival, deep in the Dorset countryside, was held this year on the weekend of 20/21 July to remember the six farm labourers who in 1834 were convicted of swearing a secret oath as members of the Friendly Society of Agricultural Labourers (engaging in trade union activity), and sentenced to seven years penal transportation to Australia . We were represented at the event by our South West Regional Branch and whilst, unfortunately, our numbers were small we managed to make a fair impression at this well-attended event. However, examining most of the stalls on display made one realise that in general the task of our movement is a difficult one as the theme of reformism still dominated.

The Tolpuddle Festival has a trade union background so it is not surprising that most of the stalls are related to various campaigns and it is not unique compared to other similar events in that its basic message is reforming capitalism rather than replacing it. However, for those who have been involved in putting forward the case for socialism over a long period it is disappointing to see the same slogans and demands that we have been witnessing for so many years.

The stall opposite ours was the so-called Socialist Party, formally known as the Militant Tendency and now Socialist Party of England and Wales (SPEW). It was quite remarkable to gaze over at the amount of reforms they were advocating. Their various posters read; Tories Out – Fight the Cuts – Save the NHS. Alongside this they were attempting to get people to sign a petition calling for an early general election. This they obviously saw as a way of defeating the evil Boris Johnson. Whether or not their dreams of a humiliating defeat for Johnson and a glorious victory for Corbyn’s Labour Party would be the result of such an election is open to doubt, to say the least.

One of the participants at the SPEW stall had a UNITE trade union t-shirt pleading with Honda to remain in the UK. In addition to all of this they were selling or giving out Trump Out badges. How people displaying Trump Out badges in this part of the world is going to remove the President of the United States from office is rather beyond our comprehension. However, we could suggest many other candidates from various parts of the world for similar treatment, perhaps Putin or how about Bolsonaro the current President of Brazil who is overseeing the destruction of the Amazon where in the past year an area the size of 500,000 football fields have been destroyed, nearly half a billion trees have been torn down and entire indigenous communities are threatened with eviction from their lands?

The point, of course, is that the removal of individual leaders from office is not going to change the direction that world capitalism is leading us in. The only logical way to remove leaders is to stop following them. As a Trotskyist party SPEW believes that if they can con people into supporting such reforms they will become willing workers for their state capitalism revolution. Thankfully this strategy has failed to work so far and is unlikely to be successful now or in the future.

SPEW were not, by any means, the only reformist tendency on display. Jeremy Corbyn T-shirts were available, supporters of the Palestine cause had posters and shirts with the message Stop Arming Israel. But why, people might ask, stop at Israel? What about the bombing and other military action being inflicted on the populations of, for example, Yemen and Syria and of course you could name so many other areas of the world where a call could be made to impose a ban on the sales of military equipment. However well-meaning, the problem cannot be dealt with in such a piecemeal way. The only way to do away with the war-torn world that capitalism has created is to do away with its cause which is the system itself.

You could almost feel sympathy for Corbyn with the weight of expectation the Left in this country have been placing on him. To criticise the belief that a Corbyn Labour government, if elected, can really create a society which is ‘for the many, not the few’ is almost to commit heresy. There were some who visited our stall who posed questions on why we stood a candidate against Corbyn, or why we would not be urging people to vote Labour at the next election. The answer, in short, was that we are socialists and Corbyn and the Labour Party are not, as whoever their leader is their intention is to administer capitalism. A brief examination of political history, not just in this country, but around the world shows the reality that running a society based on minority ownership of the means of living alongside production for profit for the purpose of capital accumulation is at complete odds with the concept of a society ‘for the many not the few’. The latter can only be achieved by creating a majority world-wide movement whose sole purpose is to abolish capitalism as a world-wide system and establish a society which can operate for all its members in harmony with the planet we inhabit.

Of course it is very tempting to engage in reformist activity in the belief that solving particular problems is far easier than removing the system itself. However, just a glance at your TV screen during one of the many commercial breaks highlights the sheer volume of problems we would need to solve to create a world fit to live in. In most cases these issues are highlighted by various charities and involve damage inflicted on people, animals and the planet. But charities or attempts at reform have failed to make a dent. Today there are more charities in existence than ever before but the problems they aim to cure persist. The time has come, in reality it came some time ago, when we need to concentrate attention on the cause of the problems we face. Hopefully future years at events similar to the Tolpuddle Festival will begin to show signs that a large minority, at least, are coming round to a rejection of the reformist road and turning to a more radical perspective. 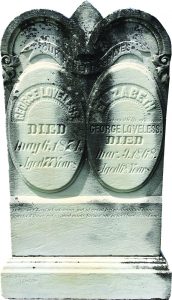