Prosecuting Capitalism: The Case For and Against

We look at some arguments that might be presented in defence of capitalism and provide answers to them.

* Capitalism has had an overwhelmingly positive influence on the world. Three hundred years ago, before the development of capitalism, most people lived lives of unremitting toil, in near-destitution. They suffered poor health and had far shorter lifespans than today. They enjoyed none of the conveniences of modern times, hardly travelled to other places and had little by way of entertainment or relaxation. Capitalism is not perfect, but it has undoubtedly transformed people’s lives massively for the better.

– There is no denying capitalism’s impact on people and the world we inhabit, but this needs to be put into context. The development of capitalism involved wars and genocide, as colonialism led to the conquest of most of the world and rival states fought each other. Slavery and the slave trade caused untold misery and were an integral part of the rise of capitalism. There has been huge environmental damage, and the conditions of famine and starvation that affect hundreds of millions now are human-made, not natural. Even in developed countries, there is widespread poverty, as shown by the increase in food banks. Moreover, pre-capitalist societies were by no means as dreadful as claimed, with hunter-gatherer economies having been described as ‘the original affluent society’, since they could satisfy their material wants through a few hours’ labour each day.

* Capitalism emphasises personal responsibility and ensures that rewards depend on a person’s own contributions. Lazy people who take no responsibility for their actions and lifestyle do not deserve to do well.

– Capitalism absolutely does not mean that people are rewarded on the basis of their own efforts. For one thing, capitalism stops many from working, as they cannot be employed in such a way as to create profits for an employer. For another, plenty of people work hard throughout their lives and end up with next to nothing. Lastly, those who really benefit, in terms of both wealth and power, do not do so on the basis of their own work but by exploiting others. Nobody becomes a billionaire by working ten thousand times harder than the average worker.

* Capitalism offers equality of opportunity. Everyone has the same chance to make a success of their life. It is not a rigid society ruled by an aristocratic elite that nobody else can join.

– There is simply no equality of opportunity under capitalism. Some people inherit fortunes and benefit from expensive educations, while others are born in poverty and suffer from their youngest days from ill health and dreadful living conditions, and racism and sexism also prevent many from realising their potential. A very few people start out poor and become extremely rich, but that does not alter the fact that capitalism is in no way a ‘level playing field’, and that it necessarily involves massive inequalities of outcome.

* All attempts to replace capitalism with an alternative have ended in disaster. Look at Russia after 1917 and China after 1949: vicious dictatorships with reigns of terror that led to millions of deaths.

– Despite the rhetoric surrounding them, these were not in fact alternatives to capitalism at all. In Russia and China, far more people were forced to become wage workers, and the system of commodities, where goods and services are produced for sale, was greatly expanded. The state-owned the main means of production (land, factories, offices, etc) and the minority who controlled the state effectively became the capitalist class. This was a system of state capitalism, which differed in some ways from private capitalism, but still retained the main features of all varieties of capitalism.

* Some impractical dreamers do talk about a world without capitalism and the wages system, where there would supposedly be free access to what has been produced. But this would never function in the way envisaged, as most people would simply not perform any work and would just leave that to a few keen types while doing nothing themselves.

– Even under capitalism, there are many many examples of people doing voluntary work, from charities and sports clubs to lifeboats and mountain rescue. They perform this work because they know it is useful and for the companionship it offers. Moreover, it has been shown that volunteering is good for volunteers, in terms of their health and their social contacts. In a society without wages and employment, steps would be taken to make work as enjoyable and rewarding as possible, including shorter working hours.

* In any case, there is simply no prospect of a system like that ever coming into existence. While they grumble and want small changes here and there, the vast majority of people are – quite rightly – content with capitalism and do not wish to see it replaced.

– But ideas do change over time. No one believes any longer in the divine right of kings; nobody in a developed capitalist country nowadays would argue that women should not have the vote; cremation was once looked on as completely unacceptable; ideas relating to gay and lesbian relationships have changed enormously over the last half-century or so; racist views, while still influential, are far less prevalent than they were a couple of generations ago; religion no longer plays the central role in almost everyone’s life that it once did; awareness of environmental issues has increased enormously in recent years. Ideas and opinions do alter, if not always as quickly as some of us would like. Currently, most people are indeed content with capitalism, but people’s ideas are not set in stone, and the examples above and the shift away from allegiance to traditional parties show that they can certainly change. 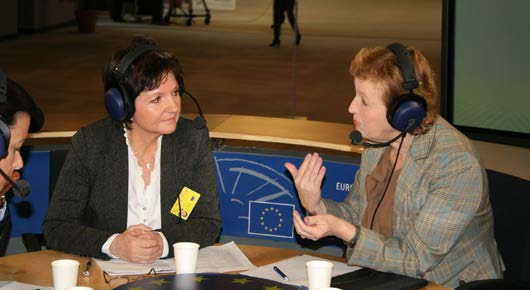