Marx (Groucho, that is) said: ‘Politics is the art of looking for trouble, finding it everywhere, diagnosing it incorrectly and applying the wrong remedies.’ The same applies to reformism.

1997: UK had the highest rate of child poverty in the industrialised world

1999: Blair: ‘Our historic aim will be for ours to be the first generation to end child poverty forever, and it will take a generation. It is a twenty-year mission, but I believe it can be done.’

This ‘problem’ existed long before the CPAG and many other charities came into being and will persist for another 50+ years if we continue to address symptoms rather than the underlying disease. Oscar Wilde expressed this well: ‘their remedies do not cure the disease: they merely prolong it. Indeed, their remedies are part of the disease. They try to solve the problem of poverty, for instance, by keeping the poor alive; or, in the case of a very advanced school, by amusing the poor. But this is not a solution: it is an aggravation of the difficulty. The proper aim is to try and reconstruct society on such a basis that poverty will be impossible’ (The Soul of Man under Socialism, 1891). The same Daily Mirror article informs us: ‘The Child Poverty Action Group warned the Tories’ cruel benefit freeze will plunge another 100,000 children into poverty by 2023-24.’ Elsewhere (independent.co.uk, 15 March) we are reminded that parallels with 19th century poverty are not unwarranted. ‘Britain’s poverty crisis has seen children arrive at school with holes in their shoes and worn-out trousers, while some as young as 11 feel they have to work to provide food for their family, headteachers have warned. School leaders are providing clothes, food and sanitary products to disadvantaged pupils.’ 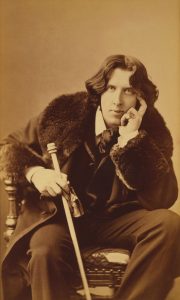 Prescriptions and pronouncements from politicians should be treated with the contempt they deserve. ‘Work and Pensions Secretary Amber Rudd admitted the figures were “disappointing”. She told MPs: “I have acknowledged that today’s statistics are disappointing and I am highlighting that there is more to be done, both in terms of other services around benefits and in terms of my engagement with the Chancellor.” She added “no one in government wants to see poverty rise” and “we all came into politics to help people plot a path to a better life”‘ (mirror.co.uk, 28 March). Rudd and the other Mendacious Parasites do not serve us. Indeed, their disdain is often obvious. ‘A group of homeless people were kicked out of public tunnels next to the Houses of Parliament. One man claimed he was told by a police officer that an MP had complained about their presence. Two of the men who had been sleeping in the tunnels to keep warm told the Independent that Metropolitan Police officers ejecting them had cited section four of the Vagrancy Act 1824 – the 19th-century law which criminalises rough sleeping and begging. One man said a police officer had also mentioned clearing the tunnels, which connect Westminster Tube station to an entrance to parliament, “so the MPs can get to work”’ (independent.co.uk, 26 March).

Reformists and MPs, however well intentioned, serve the status quo here in the UK as do their counterparts worldwide. Too many poor? Let us have fairer wages. Only two minutes to midnight? Let the great leaders sign treaties. Are we drowning in plastic? Let us ban drinking straws. No more reformist rhetoric! Reforms can secure social stability: when the rule of capital appears to be under threat the ruling class is ‘only too glad to buy a prolonged armistice at the price of ever-repeated concessions to the working people’ (Engels). Capitalism is a worldwide system of war and want. After hundreds of years of reformism, both the problems of war and poverty, which most people consider to be rather important, are still major problems and are nowhere near solution. Those prescribing continuing medication when radical surgery is needed tell us that it is utopian to seek change which is not slow and gradual. We reply that we are in a hurry; we are not content with the way in which capitalism has been reformed and there are no reforms which could be offered that will distract us from the clear road ahead; we have a world to win and those who will not join us stand in our way.