The banning of books by governments is a form of censorship which took place in the Roman Empire and continues to this day. ‘No book, it seems, is too substantive or too insignificant to be banned in Kuwait. Recent targets of the government’s literary censors include an encyclopedia with a picture of Michelangelo’s David and a Disney version of The Little Mermaid.  David had no fig leaf, and the mermaid, alas, wore half a bikini. ‘There are no hijab-wearing mermaids’ said Shamayel al-Sharikh, a Kuwaiti women’s activist. ‘The powers that be thought her dress was promiscuous. It’s humiliating.’ … Responding to the demands of a growing conservative bloc in Parliament, the government is increasingly banning books. In August, the government acknowledged that it had banned 4,390 books since 2014, hundreds of them this year, including many works of literature that had once been considered untouchable, setting off street demonstrations and online protests’ (nytimes.com, 1 October).

No to no platform

Socialists, by contrast, oppose any form of censorship. We have always been prepared to give opponents of socialism a chance to express their views from our platform. This is because we are convinced that our views are right and that this will emerge from full and free debate — and if we are wrong we want to know, so that we can stop wasting our time. Censorship, whether through the legalised violence of the state or that of self-appointed political and/or religious guardians is anti-socialist and anti-working class and must be exposed whenever it rears its ugly head. No view (not even religion) should be exempt from being criticised. The main case against censorship is that it considers that people are too ignorant to decide for themselves and so must be protected from hearing certain views. All censors, actual or would-be, consider themselves a cut above the rest. They are not corrupted by reading De Sade’s The 120 Days of Sodom but their servants would be. They are not affected by reading anti-Christian or anti-Muslim writings – Rushdie’s The Satanic Verses is viewed in this way by many faithful – but their followers would be. They are not affected by rants of the Left or Right but other, less enlightened people would be.

The Marquis de Sade died over 200 years ago in an insane asylum, yet much of what he had to say remains relevant today. He championed democracy, was opposed to every form of punishment (‘it is far simpler to hang men than to find out why we condemn them’), saw the class-divided nature of society and sided with ‘those who can only get a living by their labour and sweat.’ Indeed, Geoffrey Gorer in The Revolutionary Ideas of the Marquis De Sade (1964) points out that Sade stood in opposition to 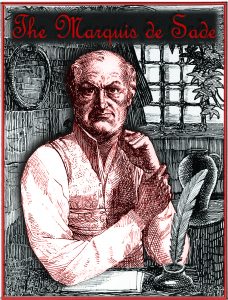 contemporary philosophers for both his ‘complete and continual denial of the right to property,’ and for viewing the struggle in late 18th century French society as being not between ‘the Crown, the bourgeoisie, the aristocracy or the clergy, or sectional interests of any of these against one another’, but rather all of these ‘more or less united against the proletariat.’ Gorer thus argued, ‘he can with some justice be called the first reasoned socialist.’

The Ayatollah Khomeini called in 1989 upon all good Muslims to kill Salman Rushdie for writing The Satanic Verses, a novel with a dream sequence in which the prophet Mohammed indulges in a few last temptations of his own. This fatwa resulted in numerous killings, attempted killings, bombings and book burnings. The Communist Manifesto was banned by Tsarist Russia and Nazi Germany. Along with volumes of Capital, copies were burnt openly in Berlin on 10 May 1933 by students from the Wilhelm Humboldt University, all of them members of right-wing student organisations,  and watched by some 70,000 people. Ironically, it was Marx’s friend, the poet Heinrich Heine, who wrote some one hundred and ten years earlier ‘where they have burned books, they will end in burning human beings’ (Almasor: A Tragedy, 1823, as translated in True Religion, 2003, by Graham Ward). By contrast, ‘…communists disdain to conceal their views and aims. They openly declare that their ends can be attained only by the forcible overthrow of all existing social conditions. Let the ruling classes tremble at a Communistic revolution. The proletarians have nothing to lose but their chains. They have a world to win. WORKING MEN OF ALL COUNTRIES, UNITE!’ (The Communist Manifesto, Marx & Engels, 1848).