Material World – US Capitalism: Born on the Fourth of July 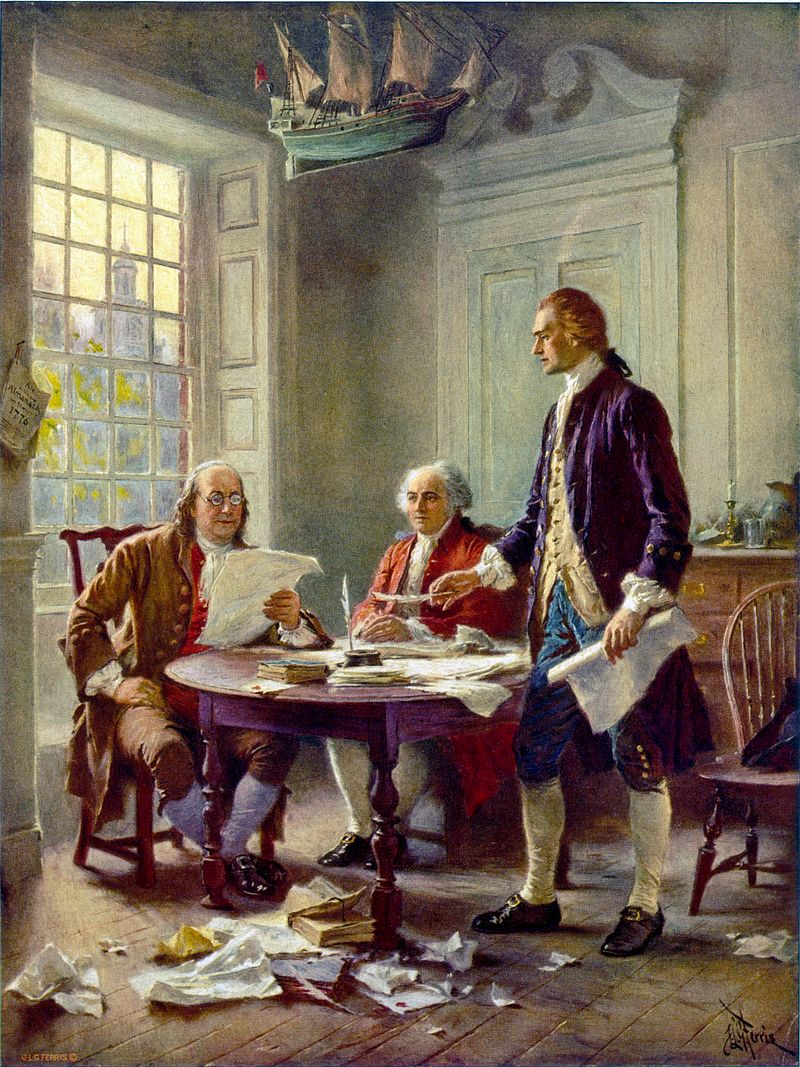 Marxists see history is a series of disguised class struggles. Evidence of this is can be found in the story of America’s independence where its landed elite saw in the new government and constitution a protection against democracy and a means of safeguarding their privilege despite pretensions of being ‘enlightened’ by sweeping aside the king and his aristocrats.

The American colonists fought to separate from Britain yet the War of Independence was not merely about ‘home rule’ but also about who should rule at home. The new republic was never designed to be anything other than an oligarchic state which we see today. The War of Independence did not establish a truly democratic government, nor significantly change the structure of American society. It reinforced class division.

Alexander Hamilton, presently subject to a hit musical, at the Constitutional Convention said:

‘All communities divide themselves into the few and the many. The first are the rich and well born, the other the mass of the people. … The people are turbulent and changing; they seldom judge or determine right. Give therefore to the first class a distinct, permanent share in the government.’

The War of Independence may have advocated the abstract principles that ‘all men are created equal’ and that power is derived from ‘the will of the people’ but the definition of ‘the people’ excluded women, non-landowners, and slaves. The signatories of the Declaration of Independence were the land and property owners intent on building a system of government based on the division of power that would guard against what they saw as the excesses of democracy – ‘mobocracy’. The colonial ‘country gentlemen’ were afraid that, as they were not themselves in the majority, the less well-off would vote to take away their property and arrangements.

Having two different houses of Congress, a Senate and a House of Representatives, places an obvious obstacle in the way of simple majority rule. There are 435 Representatives and 100 Senators. 51 Senators can block the majority rule. Moreover, Senators are elected for six years while Representatives are elected for two. The electoral college to elect the president operates intentionally in opposition to majority rule in this same way. In a system of electing the President by mere simple majority, a candidate or party could win by appealing to 51 percent of the voters. The electoral college, however, serves as a partial safeguard against those who might be able to find and win over a majority. The national popular vote is not the basis for electing a President, it is delegates elected locally (Clinton received almost 3 million votes more than Trump yet he won by achieving 306 delegates out of the 538 available in the electoral college that chooses the President.)

Those so-called American supporters of ‘liberty’ did not abolish slavery and continued to permit slavery to flourish. At the time of America’s founding, a full 20 percent of the US population was enslaved. By 1776, the number of slaves in the colonies had reached 500,000. Slavery in 18th century America was not confined to the South and could be found in each of the 13 colonies, and was especially numerous in New Jersey and in New York’s Hudson River Valley. The slave-owning class from the South insisted as a condition of their participation in the Union that their interests be protected in the very fabric of the Constitution itself.

Consequently, the slaveholders would control the presidency of the new republic for 41 of its first 50 years, and 18 of 31 Supreme Court justices would be slaveholders. Slaves gained their freedom by entering the British army. This was especially true in Georgia, where over 10,000 slaves flocked to freedom behind British lines, one of the largest mass escapes in the history of American slavery. Eventually, more than 65,000 from across the South joined them. Wherever the British marched, slaves followed. Non-slave states now stood obligated to defend slave states against slave rebellion.

Nevertheless, there was also the revolutionary side of the American War of Independence as in all class struggles. There were a number of radicals seeking what the now household names of ‘revolutionary’ leaders feared and who are now relegated to footnotes in scholarly textbooks. Soon after the War of Independence there grew among the common people the feeling that the revolution against the British had been fought for nothing and there were popular uprisings such as Shays’ Rebellion (1787), put down by a mercenary army paid for by the well-to-do who feared a threat to their property rights, and the Whisky Rebellion (1791) was similarly suppressed by the wealthy.