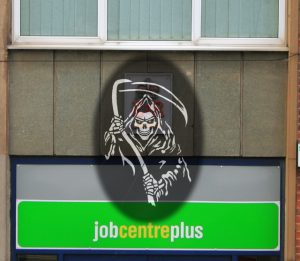 Life expectancy is usually calculated from birth, the average number of years a new-born baby can expect to live if the mortality rates pertaining at the time of their birth apply throughout their life. After decades of progress, there has been a turnaround.

Looking ahead, one million earlier deaths are now projected to happen across the UK in the next 40 years by 2058.  To calculate the figure of a million lives lost you have to subtract all the future deaths now predicted in the 2017 report, which was based on data from 2016, from those projected two years ago, based on a 2014 projection. By 2041, women will live to 86.2 years and men 83.4 years, projections by the Office for National Statistics showed. In both cases, that’s almost a whole year less than had been projected just two years earlier.

The projection of these extra deaths by 2058 is not due to the fact that there will simply be more people living in the UK in the future. The ONS projects less inward migration, nor will the extra early deaths be due to more expected births: the ONS projects lower birth rates. The extra million early deaths are simply the result of mortality rates either having risen or stalled in recent years. The UK’s lowly position compared to other European nations means that the stalling in life expectancy improvements has nothing to do with a limit being reached. As yet, nowhere has reached a limit, and many countries are now far ahead of the UK. There is no biological reason why life expectancy should be so low in the UK.

The usual culprits to an earlier death, obesity, alcohol, and smoking can largely be ruled out as contributory factors, according to Danny Dorling, professor of human geography at the University of Oxford.  Rates of smoking and drinking alcohol have fallen in recent years so that cannot be blamed. Between 2009 and 2017 there has been no serious influenza outbreak. Whatever has happened it is not a sudden deterioration in the healthy behaviour of people in the UK.

Experts are pointing to austerity cuts to welfare services. In November 2017, an article in the British Medical Journal Open found that severe public spending cuts in the UK were associated with 120,000 deaths between 2010 and 2017. Last summer, Michael Marmot’s Institute of Health Equity was linking health services cuts to the rise in dementia deaths and the faltering national life expectancy. Marmot said it was ‘entirely possible’ austerity was affecting how long people live.

For capitalism, there is often a silver lining in bad news. During recent years, the issue of raising the retirement age as far as 70 gained ground as people were living longer than they once did but with the average age of death now levelling off at 79 for men and 83 for women, actuaries say it will bring a welcome respite for businesses. An updated financial assessment to reflect the diminishing life prospects of retired UK employees would cut the aggregate liabilities of FTSE 350 companies by about £10bn.

TUC general secretary Frances O’Grady has highlighted that ‘In large parts of the country, the state pension age will be higher than healthy life expectancy.’

A radical change in society is needed if we really want people to live long and prosper.