The Roma – Someone to Kick 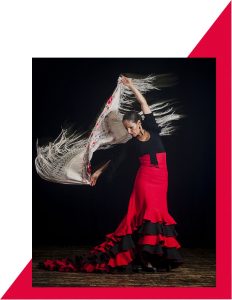 Not that long ago, before the arrival of asylum seekers and refugees seeking safety and sanctuary, the target of the populist media and opportunist politicians was the Roma who were fleeing discrimination and persecution in their home countries. To the frustration of many, the Roma were EU citizens and therefore were entitled to go where they pleased within the EU. They were, also to the annoyance of many, largely non-Muslim, being mostly Christian and little threat to European ‘culture’. So for the purposes of vilification the Roma were instead stereotyped as anti-social criminals. And just to make sure, in many places local anti-begging ordinances were passed to turn many of the Roma into law-breakers. Campaigns were initiated by central government and city authorities to evict and remove the Roma from the streets. They were even deported by some countries. In 2008 Equal Opportunities Commissioner Vladimír Špidla said ‘Roma are one of the largest ethnic minorities in the EU, but too often they are Europe’s forgotten citizens. They face persistent discrimination and far-reaching social exclusion.’

Europe’s Roma were driven from northern India between the 11th and 12th centuries by invaders of the Ottoman Empire. The first laws against ‘Gypsies’ were passed in Germany, and then Hungary, in 1476 when King Matthias of the latter country ruled that all Gypsies be employed as slave-labour. Within a century, anti-Gypsy laws had been introduced in most of the other countries of Europe.

Most people do not realize that the Nazis were just as intent upon the genocide of the Roma as they were on the extermination of the Jews. ‘Many groups were victimized [by the Nazis], but only the Jews and the Roma were victims of the Final Solution, victims of genocide’, said Prof. Ian Hancock, the director of the Romani Archives and Documentation Center at the University of Texas at Austin. About 1.5 million Roma lost their lives and some countries such as Germany, Austria, and the Baltic states lost their entire Roma populations.

Compensation for Roma survivors of the Holocaust came many decades after the Jewish survivors began receiving their compensation. Petre Matei, a researcher at the Elie Wiesel National Institute for the Study of the Holocaust in Romania, said that one of the reasons that the Roma began to receive pensions decades after the Jewish survivors is because there is still a lot of discrimination against the Roma.

‘The authorities said, ‘The Roma had nothing anyway, so what should they be compensated for?’’ said Mirjam Karoly, the senior advisor on Roma and Sinti issues at the Organization for Security and Cooperation in Europe. ‘They were second-class victims’ (tinyurl.com/yc4jtydp).

The compensation for Roma survivors has varied from country to country. For example, a year ago, it was announced that Roma survivors in the Czech Republic would get a one-time payment of 2,500 euros. In Romania, survivors began to receive monthly pensions from Germany two years ago. Because the compensation came 70 years after the end of the war, very few of the survivors were still living. Of the 300 Roma Holocaust survivors in Romania who applied for German pensions because they were deported to concentration camps, 200 survivors received the pensions which average approximately 200 euros monthly plus a sum of approximately 12,000 euros which is supposed to make up for the money that they should have been paid in the last 10 years. The other 100 Roma concentration camp survivors did not receive the pensions because they were younger than 11 years old during the war, so the German authorities decided that they were too young to perform forced-labour.

According to Ion Duminica, a Roma researcher at the Moldovan Academy of Sciences, at the so-called ‘work-camps,’ the Roma perished from hunger, typhus and from the cold. There were cases of cannibalism, with parents trying to save their starving children by feeding them dead family members. ‘The Roma said, ‘We wished that we were executed like the Jews”, said Duminica, who interviewed survivors.

‘They mistreated us then and they still mistreat us now,’ said Artur Cerari, the Roma Baron of Moldova who is regarded as the most respected Roma leader in the former Soviet Union.

Has the victimisation and maltreatment of the Roma ended or lessened? While the average European says he is very comfortable with having someone from a different ethnic origin as a neighbour (with an average result of 8.1 on a scale of one to ten, where ten represents ‘totally comfortable’ and one ‘very uncomfortable’), the situation is completely different when it comes to having a Roma neighbour.

In the Czech Republic and in Italy, almost half of respondents would feel uncomfortable (average Czech score 3.7; average Italian score, 4.0. Slovakia 4.5, Bulgaria 4.8. This is also the case in Ireland at 4.8.Travellers and Roma people remain the most shunned groups by the Irish general public. While two percent said they would ‘avoid’ Polish people, and nine percent would avoid Africans, 37 percent would shun Roma people. The findings on attitudes to Roma were the ‘direct result of entrenched, institutional and societal racism and oppression’, said Maria Joyce, co-ordinator of the National Traveller Women’s Forum.

The continuing open discrimination against the Roma is a stain on several European nations. EU Justice Commissioner Vera Jourova recently singled out Bulgaria’s Vice-Prime Minister Simeonov for making racist remarks against Roma people. The current Czech President Miloš Zeman, when asked by a Romani woman for his opinion of Romani people, answered: ‘Romani people should stop destroying apartments and should go to work, and then I will consider them normal people’.

80 percent of Roma people in the EU are at risk of poverty, the European Commission has stated. In Hungary, Slovakia and Bulgaria, more than 60 percent of Roma children are segregated from other children in schools, according to the Commission’s data. Slovakia is still discriminating against Roma children by placing them in segregated schools, despite the threat of fines from the European Union. Romani children in Slovakia are routinely assessed as having ‘mild mental disabilities’ and are then sent to special schools where they receive an inferior education. Researchers found a pattern of cultural bias among those responsible for placing children in special schools, which resulted in the misdiagnosis of dozens of Romani children.

‘Romani children in Slovakia are being failed by a discriminatory primary school system which continues to segregate them and seriously hinder their education, condemning them to lives of poverty and exclusion,’ the report said. Slovakia’s ingrained prejudices meant Romani children stood less of a chance from the moment they step in the classroom and became trapped in a vicious cycle of poverty, marginalisation and despair.

130,000 children do not attend school in Bulgaria, and the majority of them are Roma. 22 percent of the Roma are illiterate and only nine percent have a secondary education even though it is compulsory, a recent study showed. The government has now organised teams to go around the country to convince Roma parents to send their children to school. But the ruling coalition of conservatives and ultra-nationalists is threatening to impose fines and suspend benefits for parents who fail to enrol their children. And those further to the Right seek to criminalise school non-attendance.

Aidan McGarry in ‘Romaphobia’ (tinyurl.com/y827f6wy) identifies the exclusion of the Roma as part of the nation-building in European countries. McGarry describes how the new nationalist states needed to point to populations who did not belong to the mythical nation-state so that by contrast, they could exalt their preferred subjects and create a national unity. Fomenting Romaphobia (and anti-Semitism) allowed nascent nation states to find the outsiders against whom these exalted subjects could unite.

An article at the Telesur website (tinyurl.com/yaqjr678) explains that Roma people have always been part of the fabric of European societies, but have been allowed to remain on condition of fulfilling the role of the least favoured in society, lower than serfs and in some instances, legally enslaved. The exploitation of Roma labour was used to amass great wealth for the Crown, the Church and the landowners, while the Roma people were kept in degrading conditions and brutalised so they didn’t rebel against their lot in life. This ensured that whatever your station in life, there was always someone lower to look down upon and who could be exploited further, in much the same way that the wealth of the ruling class in the UK and the US was built upon the backs of black people through colonialism or enslavement.