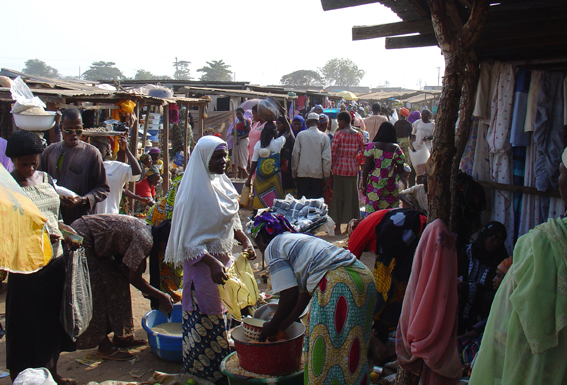 People need to wake up and learn that the world is not what much of the media would like us to believe it is. We are frequently told that Africa suffers from too many people. Yet  Africa is blessed with a rich bounty of natural resources and  has the potential  to support its rising population well into the foreseeable future. The continent holds around 30% of the world’s known mineral reserves. These include cobalt, uranium, diamonds, and gold, as well as significant oil and gas reserves.  The Pambazuka website reminds us that  Ethiopia is five times the size of the UK yet the UK’s population of 66 million is just over three-quarters that of Ethiopia’s at 83 million. Uganda’s land-area is comparable to the UK’s, yet with a population of only 33 million. Ghana is approximately equal to the size of the UK, however, Ghana is populated by only 25 million people, far less than one-half the UK’s population.    Somalia is 2.6 times the size of the UK but has a population of only 9 million. Professor William Moseley of Macalester College explained that “There’s  about 13 Somalis per square kilometre, which is much lower density than what we’re seeing in our own drought-stricken state of Oklahoma. Yet we tend to focus on the population issue.” Africa is still one of the world’s least densely populated  regions.

Africa presently does not grow enough food to feed its own population but it certainly has the ability to grow enough food to feed itself plus some. Many African countries have the advantages of fertile soil and the possibility of year-round farming and more than one harvest per year. About a quarter of the   potential   arable land of Africa is being cultivated presently. For example, well over 50 per cent of Uganda’s arable land, some of the richest in Africa, remains uncultivated. Even here, an increasingly high proportion of the cultivated area is assigned to cash-crops (cocoa, coffee, tea, groundnuts, sisal, cut flowers, etc.) for export. Uganda could expand its current food production significantly and not only be completely self-sufficient but help to feed neighbouring countries. This vast acreage of rich farmlands across the continent has the capacity to support the food needs of future generations of Africans.

Of course, it would be foolish to deny that Africa’s population is not rising. Of the countries where women average more than five children, almost all are in Sub-Saharan Africa, which now accounts for 12 percent of the world’s population and will account for more than a third by 2100. The population of Niger is projected to increase by 274 percent during the next 35 years. In Niger, women have on average more than seven children, and men consider their ideal to be more than twelve. But with land divided among so many sons, the size of a typical family plot has fallen by more than a third since 2005, meaning there is little long-term hope for feeding children.

There are also mounting problems with increased  urbanisation and its effects. In 1950, no city in sub-Saharan Africa had a population greater than one million. It is now estimated that over 50 cities have a resident population of over one million people and by 2025, more than 80 cities in sub-Saharan Africa will acquire populations of over one million. By 2050, about 56 percent of Africans will probably live in urban areas.   In a couple of   decades   Nigeria will reach a population about as big as that of the present-day United States in a country roughly the size of Arizona, New Mexico, and Nevada. A typical apartment block is known as a “Face Me, Face You” because whole families squeeze into 7-by-11-foot rooms   along  a narrow corridor with up to 50 people sharing a kitchen, toilet, and sink.

Africa seems to be the embodiment of all the social ills of capitalist exploitation  and it has been systematically plundered for its raw materials and human   labour.  Conditions for our fellow-workers in Africa has revealed capitalism in all its naked brutality with its extremities of misery and suffering. A peasant gets peanuts for growing peanuts because that is the going rate for peanuts on the world market. If the price of peanuts is raised, the local exploiter will gain at the expense of the importer, and the peasant still gets peanuts. It is now no utopian fantasy but a practical proposition to suggest we can live in a world without waste or want or war, in which each person has free access to the benefits of   civilisation. We certainly have the knowledge and the technology. All that is missing is the will and desire for change that can make that next evolutionary advance possible; a belief in ourselves as masters of our own destiny. And how soon this happens depends on us all – each and every one of us.