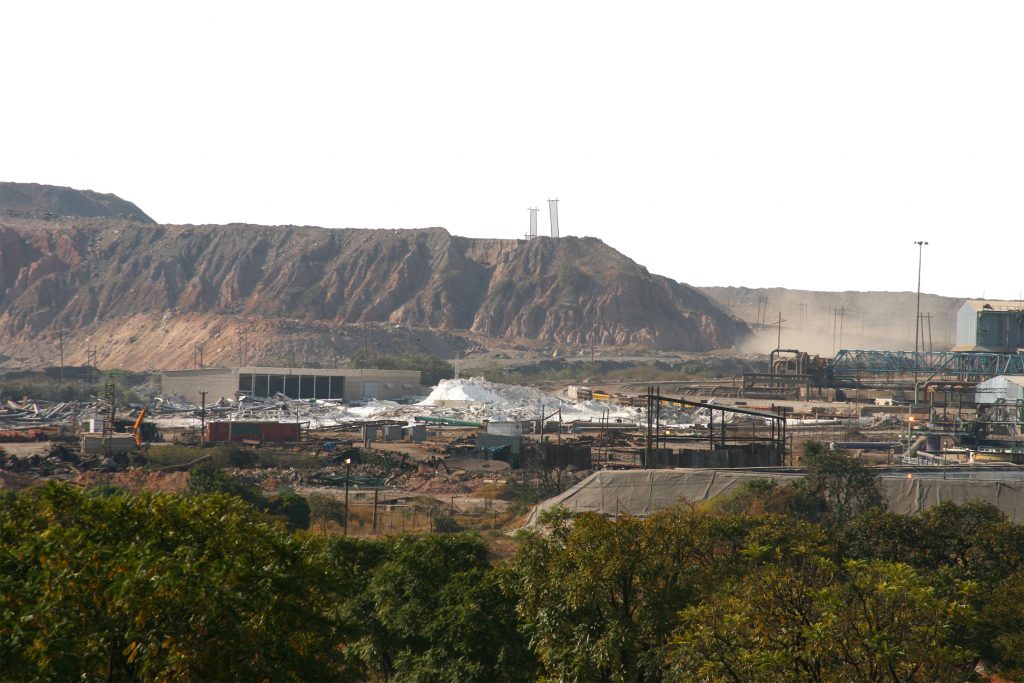 Zambia has been mining copper for almost a century. In 1889 the British South African Company was granted a Royal Charter to exploit minerals in Southern Rhodesia. Cecil Rhodes, founder of the De Beers Mining Company, had a vision to build a Cape-to-Cairo railway line, allowing minerals to be transported from Cape Town in South Africa to Cairo in Egypt – en route to Europe. Massive copper ore deposits were only discovered in the Copperbelt in 1920. During the 1940s there was a tide of nationalism in the mining towns of the Copperbelt Province characterised by strikes that were organised by the Mine Workers’ Union, led by Lawrence Katilungu.

This prompted the British colonial government of the day to pass a Public Order Act to stem the tide of African political consciousness on the Copperbelt mining towns. The Public Order Act still remains in force today and the PF government is widely criticised for enforcing the act to prohibit political demonstrations of any kind.

Zambia became a member of the IMF and World Bank in 1964. The first republican president Kenneth Kaunda nationalised the privately-owned copper mines in 1968. This was followed by the forming of Zambia Consolidated Copper Mines in 1972 (ZCCM). In 1973 CIPEC was inaugurated in Lusaka with the major copper-producing countries, namely Chile, Zaire and Peru. But CIPEC the intergovernmental council of copper-exporting countries failed to contain the falling prices of copper on the international commodities markets. The Unilateral Declaration of Independence (UDI) by Ian Smith in Southern Rhodesia (Zimbabwe) meant that Zambia had to find another trade route for the exports and imports. Kaunda invited the Chinese Peoples’ Republic to build a railway line from Kapiri Mposhi in Zambia to Tundunia in Tanzania. Tazara Railway Authority was created to manage the jointly-owned railway company. This was followed up by the construction of a pipeline to transport crude petroleum from Dar es Salaam in Tanzania to Indeni Oil Refinery in Ndola. This was the beginning of what has been dubbed a ‘Socialist Economy’ in Zambia.

In 1973 Kaunda declared Zambia a one-party state and passed the Emergency Powers Act that prohibited the formation of political parties. The ideology of Humanism was promulgated on the premise that it was going to unite the people of Zambia. But falling copper prices and increasing production costs in the state-owned mines posed economic and social problems – the breaking-apart of Soviet ‘Communism’ in eastern Europe led to incessant demands for political pluralism. In 1980 there was an attempted military coup-d’état against Kaunda. In 1983 he was forced to seek economic aid from the IMF. The official Economic Structural Adjustment Programme was imposed by the World Bank in 1983. These structural adjustment programmes gave rise to food shortages, a black market, work stoppages and student demonstrations which forced Kaunda to pull out of the IMF. This period was characterised by political detentions, and many dissidents disappeared under unexplained circumstances.

When the MMD came to power in 1991 Zambia was subjected to Economic Liberalisation Measures that have continued today.

The legacy of extractive colonialism and the recent far-reaching economic liberalisation reforms is what has come to characterise the Zambian state today.

The state remains corrupt and misinformed. Political consciousness grounded on regionalism alongside a concerted effort by mining companies to hide data – leaves the government with scanty information on the ownership and mining activities. Tax evasion, fraud, environmental damage and human rights abuse are rarely punished even if discovered by the government. The most striking example of this was when two Chinese managers at Collum Mine shot and wounded 13 Zambia workers during a strike in 2000.

Today, copper leaves Zambia loaded on trucks and trains bound for Dar es Salaam and ports in South Africa. The increased copper exports to China is attributed to the opening up of new copper mines owned by the Chinese government in the Copperbelt Province (Chambishi Metals, Non-Ferrous Copper Mines, Chambishi Copper Smelter). A detailed report into the operations of Mopan Copper Mines revealed that cobalt extraction rates were twice inferior to that of other producers of the same mineral.

A glance at the top shareholders of the largest copper mining companies is revealing. Prominent shareholders in Vedanta Resources, First Quantum Minerals and Glencore are Black Rock Asset Management, Standard Life, Capitol Group and the government of Singapore.

Black Rock, J.P. Morgan and Goldman Sachs currently buy around 80 percent of the available copper in Zambia. Zambia produces 16 percent of the world’s copper and it has the richest copper ore deposits in the world. However, copper mining only contributes 2 percent of government revenue. Koukola Copper Mines was first sold to Anglo-American Mining Corporation for a paltry $90 million in 2002. But in only a few months Anglo-American pulled out of KCM. The MMD president Levy Mwanawasa sold 5 percent of shares in KCM to Vedanta Resources in 2002. The deal was facilitated by Clifford Chance and Standard Chartered Bank.

When Vedanta bought KCM it inherited many of the concessions enjoyed by Anglo-American Mining Corporation – tax dividends, interest on royalties and management fees. But KCM’s reputation in Zambia sank to a new low in 2012 when it announced that it was going to mechanise its underground operations: this entailed retrenching 2000 workers. President Sata threatened KCM with revoking their mining licence if KCM retrenched the workers. But KCM’s chief executive Kishor Kumar went ahead and dismissed 54 workers. Sata was furious, so much so that Kishor Kumar was served with a deportation order and fled from Zambia in 2012.

It is common to hear conventional politicians often describe foreign companies as investors whose presence in the country helps create employment even at the cost of making profits. This misconception of capitalism could not be further from the truth.

To quote from Walter Rodney’s book How Europe Underdeveloped Africa:

‘The question as to who and what is responsible for the economic underdevelopment of Africa can be answered at two levels – firstly the answer is that the operation of the imperialist system bears responsibility for the economic underdevelopment of Africa by draining African wealth and making it impossible to develop more rapidly.

Secondly one had to deal with those who manipulated the system and those who are either agents or unwitting accomplices of the system. The capitalist nations of western Europe were the ones who actively extended the exploitation from inside Europe to cover the whole of Africa. In recent times they were joined by the government of the USA..’