Book Reviews: ‘How I Killed Margaret Thatcher’, ‘The Human Front’, & ”The Alternative to Capitalism’ 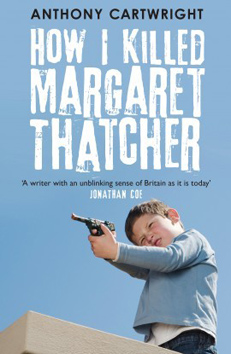 Anthony Cartwright’s novel evokes memories familiar to anyone who lived (or, especially, was growing up) during the early 1980s and the reign of Thatcher. It is the story of 9-year old Sean, growing up in Dudley, amidst his family as they and their aspirations, hopes and fears evolve under Tory rule. The narrative structure, of Sean as an adult looking back and telling his tale and where he is now, adds to the sense of historical movement.

It starts with a fight between his grandfather and his uncle, who has voted Tory and gets a smack in the gob for his pains. Sean’s father daren’t admit he voted for Thatcher too. They all live in a heavily industrial area, working in the Midlands’ factories. Sean’s father wants to move out of the street he grew up on, and own a house of his own, gaining a mortgage that looms, throughout the narrative, foreshadowing the eventual havoc de-industrialisation was going to wreak on the family.

The story shows how some working class voters did support Thatcher, and the offer she made to take them out of the conditions they were living under. Working class people are shown as not monolithic or consistent: Sean’s mother, who opposes Thatcher is still aspirational enough to correct his dialect ‘yew am’ to ‘you are’. Chapters are interspersed with quotes from Thatcher that show her trying to appeal to working class sensibilities.

Sean absorbs the antipathy towards Thatcher, blaming her for all his ills, and begins to scheme violent vengeance. He is aware, with each news report, with the family gathered in front of the telly, whose side he is on. Although, as we know now, he never did kill Thatcher, his trajectory through the pain inflicted on his family, into a post-Tory world seems to grasp the evaporation of a clear narrative of the workers’ movement. There is no hope at the end of this novel, only a continuation of a hard life.

This is a simple but powerful book, showing where we have come from and where we are now.

Alternative history is a strange genre. Its central premise, that small changes in history can lead to radically different worlds is somewhat tenuous: Hitler dying as a small child is unlikely to have prevented a Second World War (merely changing the cast and their precise lines, instead). It is, though, fiction, and it provides a useful means of exploring ‘what ifs’, where the route to the alternative history is usually just an excuse to look at a world that might have been or is simply just different from our own. Being able to imagine different societies is a useful skill, in and of itself.

A few are wish fulfilments, and there’s a few too many ‘If the South won the Civil War’ or ‘If the Germans won the Second World War’ and even ‘If the British Empire never fell’. And of course, the less said about Zeppelins, the better.

Ken Macleod’s work has featured in our review columns before, often for their interesting examination of the ideas and cultures of the revolutionary left, as well as for his commitment to libertarian (proper sense) causes. The Human Front was his first published novella, and it has recently been reissued, along with an essay and an interview that further flesh out some of its themes.

It begins with the news that the Communist partisan Joseph Stalin has been killed in early 1963. The Soviet Union had fallen in 1949, under assault from Allied super hi-tech secret weapons. As Macleod explains in the essay, this dramatically changes the shape of the post-war world, leading to the unrestrained use of military superiority to maintain the colonial powers’ positions. The absence of the Soviet Union and the ongoing Chinese revolution means Maoism rather than Trotskyism comes to predominate on the British left. This leads to several scenes of ‘People’s War’ in the Scottish Highlands, with all the horror and brutality that entails.

Originally published in 2001, the image of a fugitive Stalin gunned down escaping is now resonant with the fates of Hussein and Bin Laden, and indeed, of our present unipolar world with the unrestrained use of drone strikes. Tens of years on, it seems more like prescience than alternative history. Although the novella soars off into high science fiction for its end twist, its grounding in the Scotland and the Lewis of Macleod’s childhood gives it a sense of solidity, grounding it in real history and left wing arguments remembered.

This reissue is an opportunity to not only consider the themes of the original story, but also alternative history itself and the way in which we shape our pasts to try and make our own future.

The Alternative to Capitalism.By Adam Buick and John Crump. Theory and Practice. £5. 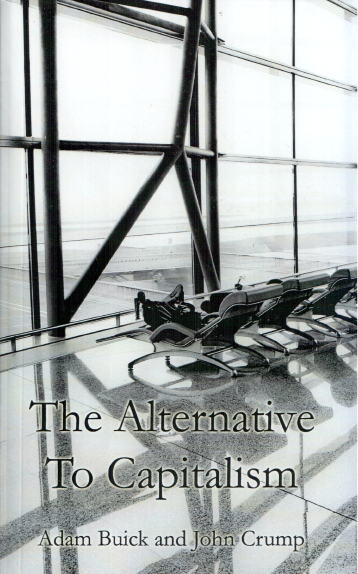 A 100-page booklet reproducing two chapters from the authors’ State Capitalism: The Wages System under New Management (1986) and the late John Crump’s introduction to Non-Market Socialism in the Nineteenth and Twentieth Centuries (1987). It describes and explains capitalism and its alternative, a world-wide non-market society of no-ownership, democratic control, production directly for use, calculation in kind and free access, refuting the ‘economic calculation argument’. Also describes the various currents which have kept alive the concept of such a society as the alternative to capitalism, both private and state.