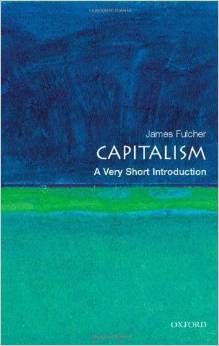 Capitalism is the system of production in which capital prevails. Capital, as Fulcher says, is “essentially the investment of money in the expectation of making a profit”; “money that is invested in order to make more money”. As such it existed even in Ancient Rome and the Middle Ages, but capitalism, as a system, only came into being when capital came to be invested in the production of goods rather than in trading or money-lending. This happened increasingly from the 16th century onwards, accelerating in the 19th century and coming to dominate the world before its end.

All this is well explained in the opening two chapters. Then there’s a rather sudden leap from a discussion as to why capitalism first developed in Europe to modern, 20th century capitalism, which Fulcher calls “managed capitalism”. The state has always intervened in capitalism (that a so called free market capitalism with no state intervention once existed is a myth), but in the 20th century the claim was that this was being done in the interests of all the state’s subjects rather than just the capitalist class, as patently evident before.

Capitalism is, and was from the start, a global system but it has different institutional forms in different countries due to their specific historical and political circumstances. So Fulcher is able to answer his question “Is capitalism everywhere the same?” with a no, different forms of capitalism exist. However, he does not go so far as to include the USSR in its time as having been capitalist. He sees it rather as some non-capitalist alternative, even though money there was invested in the expectation of profit – by the state; hence our view of it as “state capitalism”.

In discussing crises in the final chapter Fulcher points out that “the history of capitalism is . . . littered with crises. Periods of stable economic growth are the exception not the norm. The quarter century of relatively stable economic growth after 1945 may have shaped a generation’s  expectations about capitalist normality but it was not historically typical of capitalism”. But, he says, “particular crises . . . come to an end” and that “contrary to what some of his followers have thought” Marx did not believe “that capitalism would end in some huge economic collapse. It would come to an end only when overthrown by the workers it exploited”.

Not that he thinks Marx was being realistic here since his book ends on a distinctly pessimistic note: “The search for an alternative to capitalism is fruitless in a world where capitalism has become utterly dominant, and no final crisis is in sight or, short of some ecological catastrophe, even really conceivable… Those who wish to reform the world should focus on the potential for change within capitalism”. Naturally, we disagree. That’s been tried  before, and it doesn’t work. 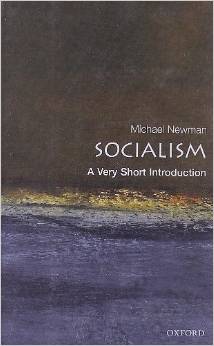 We are hard to please when it comes to books on socialism because it is likely they won’t mean by socialism what we do. This book is no exception but if “socialism” is understood as meaning “what has been considered socialism” it’s not too bad.

The definition of socialism we have inherited – a society based on the common ownership by all the people of the means of production – is logically and historically justified, but we don’t want such common ownership for its own sake. What we want primarily is a society where people are socially equal, have an equal say in how things are run, and feel, and are, part of a genuine community with a common interest; in abstract terms, where equality, democracy and community exist, arguing that this can only happen on the basis of the common ownership by all of the means for producing wealth.

Newman says that socialism involves “a belief in the possibility of constructing an alternative egalitarian system based on the values of solidarity and co-operation”, that such a system is not incompatible with human nature and that it can be brought about by conscious human action. We fall into this category, but so do others. Newman uses the word “socialist” in this book to describe all who do.

The two major movements in the last century which claimed to be committed to this were the Social Democratic and Labour parties and the Leninists. The former believed that an “alternative egalitarian system based on the values of solidarity and co-operation” could be gradually introduced through parliamentary action within capitalism; the latter argued (for most of the time) that it could only be done dictatorially, though still gradually, after the seizure of political power by a vanguard party.

Newman examines what he considers the most favourable cases of both strategies: Sweden for the Social Democrats and Cuba for the Leninists. He does conclude that less inequality came to exist in these countries than previously, but suggests that other factors than a desire to establish “socialism” were involved.

Our view is that all Sweden had under the Social Democrats (recently voted out of office again) was a reformed capitalism, while Cuba (Russia, China, North Korea and the rest) were state capitalist dictatorships which had nothing to do with socialism. And that both contributed to the alteration of meaning that the word socialism underwent in the last century.

Searching for more modern contributions to the idea of socialism, Newman comes up with feminism and ecologism. Socialists are of course feminists in the sense that we believe in equality between men and women, but nowadays only a few ageing feminists from the 1960s and 70s still see feminism as having some connexion with socialism; most now see it as meaning that women should be allowed to compete on equal terms in the rat-race capitalism imposes and have an equal chance of ending up capitalists, top politicians or army generals.

Socialists have become more aware of environmental issues than at one time, but most Greens think that these problems can be solved by gradual parliamentary action, and participation in running capitalism, as the old Social Democrat and Labour parties used to think working-class problems could be.  They, too, are doomed to fail.

We can, however, agree with Newman when he says, in his conclusion, that as long as capitalism exists so will socialist ideas: “What can be maintained with confidence is that capitalism will not be able to resolve the problems and injustices it causes, that there will be constant protests in one form or another, and that socialist arguments remain relevant. However, it is the task of socialists to help create that consciousness” rather than assume that socialism will come automatically. 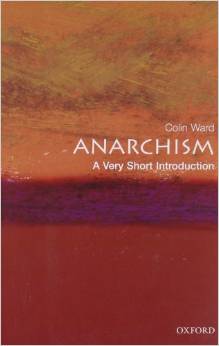 This is a reminder of what anarchists in Britain used to be like before the 1980s when a new breed, borrowing vanguardist tactics from the trotskyists, appeared calling themselves “class struggle anarchists”. Ward puts the case for a pacifist, reformist anarchism, concerned with gradually breaking down authoritarian attitudes in education, sex, the family, prisons, censorship and with promoting decentralization and voluntary self-help even within capitalism.