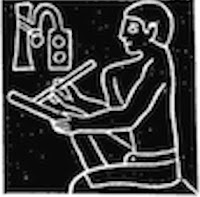 attitudes to politics. We all need to start thinking seriously before we end up dead and beyond thought.

For this reason I have set out schematically the fundamental features of economics which make capitalism irrational and liable to initiate world war. All the swings and roundabouts of capitalist economics cannot be mentioned, but sufficient, I believe, to demonstrate that capitalism cannot be reformed to provide a rational, fair and stable economy.

With reason and goodwill mankind can survive and solve his problems. With hate and blind emotionalism nothing can be done. Although I do not expect reason and goodwill to be ushered in as a consequence of this letter. I do hope to stimulate thought. Without a rational social and economic structure to curb man’s natural self-centredness I feel man’s prospects for survival are bleak.

Value
Work creates value and value is represented by what it costs in real terms to maintain a worker and his/her dependants. Value of money derives from this source. There is no other criterion. The value of money is therefore automatically established and regulated and likewise the value of work resulting in goods and services.

Investment
Money finances work and profit. Profit is surplus money because it passes through the system without financing work. True, the worker handles the profit but it remains surplus because it has not acquired value by work.

Inflation
Surplus money in the system dilutes the value of money. Decline in money value leads to higher prices, shedding of labour and efforts to increase efficiency. These actions are designed to defend the value of profits. Further measures, related to control of money flow, are often necessary. Once the value of profits has been restored, the measures referred to are no longer relevant and the next cycle of profitable economic activity is resumed.

Measure
The measure of the changing value of money is given by the ratio, rate of decline in money value relative to the rate at which money acquires value through work. If no surplus money existed in the economy, clearly, there would be no decline in the value of money.

Conclusion
Capitalism must constantly find new sources for investment because if investment stopped profits could not be made. Armaments and destruction caused by wars are sources for profitable investment.

Reply:
It is true that capitalism operates anarchically — it cannot be reformed in such a way as to solve its basic problems. This is not to say that it is “irrational”; it is an episode in historical and social development and as such it has played a useful role. It is now hampering human progress and must therefore be abolished.

The working class are overflowing with reason and goodwill; if it were otherwise they would not be able to organise and operate the industrial, financial and commercial organs of capitalism. Human behaviour and ideas are not abstract matters; they spring from the material conditions which we find around us and which we can work on and change. If at times people behave in ways which can be seen as greedy (a concept which will not be valid in a society of free access to wealth) this is because they have been raised and conditioned in a system of class privilege, of riches for the few and scarcity for the many. In such a society, survival itself is often a matter of acquisition. In spite of all these pressures, people continually act in a cooperative, selfless, sacrificial way. For every action which can be seen as self-centred and anti-social there are masses of others which testify to the opposite.

Work — or labour, or the application of human labour-power — produces value or, if we like, it creates value; it adds to the value of the sum of commodities which go into each productive process. The value of a commodity, in broad general terms, is fixed by the amount of socially necessary labour involved in its production. This also applies to the commodity labour power, the value of which depends on what is needed to reproduce the worker’s energies and person. Work — or labour — does not have value since it is not a commodity; it is the process through which certain values are transferred into a product and surplus value created. Surplus value is the source of profit. Money acts as the circulator of commodities, through which their prices can be expressed and compared.

Thus profit is not money which has passed through “the system” without financing work; it arises from the process of labour and may be applied as further investment. Workers do not “handle” profit, if by this it is inferred that any of it accrues to them; profit is related to labour since, as we have said, it arises from the surplus value which can be produced only through labour.

The purchasing power of money is reduced — that is, prices rise — through the issue of currency in excess of that required for the circulation of commodities. An inflated currency is inconvertible into gold and can be issued in theoretically unlimited amounts — which seemed to be about to happen in Germany after World War I. Inflation does not lead to a slump; in 1925 this country returned to the Gold Standard, which effectively prevented currency inflation but a few years afterwards British capitalism was caught in a world-wide recession and was forced off the Gold Standard, which allowed currency inflation and caused rising prices.

Capitalism goes in a continuing cycle of boom, slump, recovery, boom, slump, and so on. This process exists independent of financial ruses and adjustments; it is an inescapable result of the basic anarchy of capitalism’s system of production for sale and profit.

Capitalism is driven by its need to accumulate capital and in that sense it must always seek new areas of investment. Armaments are one type of commodity and the need to rebuild after a war also offers a wide field for capital investment. This is not to say that, as is so often believed, capitalists in the arms industries are responsible for modern war. Like the other inhuman effects of capitalism, war results from the fundamental character of the system — in this case the conflict of interests inherent in producing wealth for sale as distinct from human use.

L. F. Hollands seems to agree with the proposition that capitalism can neither be controlled nor made to work in the interests of the majority. Clearly, s/he should be considering the socialist alternative.