Pathfinders – More Tales from the Crypto 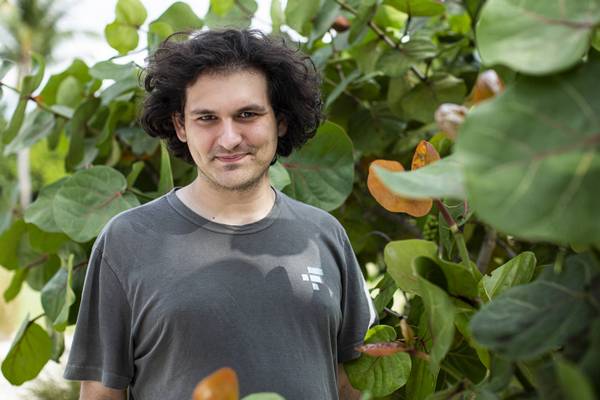 In autumn last year youthful fintech whizzkid Sam Bankman-Fried, proprietor of FTX, one of the hottest crypto-exchange companies in the world, was boasting about pouring billions of dollars, yes billions, into the Democrat war chest to fight the 2024 US presidential election. Then his chips got fried in ‘one of the largest corporate collapses in history, including the implosion of Enron in 2001’ (nyti.ms/3FhREgH). FTX stock value went from billions to nothing in the blink of an eye. Hundreds of thousands of customers lost their money. The aftershock hit other crypto exchanges like Swyftx and Bybit who immediately laid off nearly half their staff (bit.ly/3haWNiR). And all this followed a gigantic crypto market crash in May after South Korean firm Terra-Luna went down, resulting in two thirds of global crypto value – about $2 trillion – being wiped out including for market ‘bluechips’ like Bitcoin and Ethereum. Though the currencies were virtual, the disaster was real enough. 20 people reportedly committed suicide and South Korean police were ordered to patrol known suicide bridges in Seoul to stop more people jumping.

To borrow a crypto phrase, the worldwide trade in crypto ‘went to the moon’ in 2021-2, with $275bn traded daily in over 16,000 currencies on more than 400 exchanges and platforms (tmsnrt.rs/3Br1oEi). Non-fungible tokens (NFTs), crypto art tradables considered a nerdy joke a year before, ballooned into a $40bn global market, not far off the $50bn value of the total fine-art market (Bloomberg, 6 January, 2022). How did all this happen? Essentially it’s Tulipmania or the South Sea Bubble, based on ‘next sucker’ logic, where people invest in ‘assets’ on the assumption that they will be able to sell on to the next sucker at a higher price. Forget the original rationale of crypto as digital money alternative, that was never very practical anyway and is now irrelevant. Forget the silly notion that speculator commodities ought to have some intrinsic value. That matters not one jot. One of them, Dogecoin, was created by software engineers as a joke solely to poke fun at Elon Musk, but was subsequently endorsed by Musk and wound up becoming the world’s fourth-largest crypto, valued at $80bn. The runaway momentum behind this global Ponzi scheme is not real wealth, but that it can make some people fortunes. Until, one day, it doesn’t.

The May 2022 crash should have been to crypto what the R101 was to hydrogen airships, but market disasters never dent the faith of the capitalist faithful. And crypto traders have a vested interest in not letting crypto die. Instead they’re desperate to keep promoting it in order to draw in the next consignment of gullible buyers, so they’re not left holding the bag in their own multi-level marketing trap. Meanwhile governments have been slow to regulate this crazy casino despite it being a gift to money laundering, smash-and-grab hackers, ransomware and organised crime. Indeed even the politicians have got pound signs in their eyeballs. In December the UK government introduced a set of gloves-off banking deregulation measures including a ‘nod to developing the UK as a centre for crypto assets’ (bbc.in/3FEJfph ).

But crypto advocates aren’t just about the money, they are ideologically motivated, hailing crypto as the future of money and even the future of the internet. While real revolutionaries ask the big question, what if we abolished capitalist trading and money entirely, crypto fans obsess over the pseudo-radical question, what if we have a money system that’s not mediated through any centralised state agency, and what if we roll that peer-to-peer architecture out to other centrally controlled systems like the web. They are essentially techno-libertarians, in love with the screw-you-Jack premise and get-rich-quick promise of capitalism, but with a deep-seated animus against the state regulatory apparatus that normally goes with it. They want football without the referee, the Wild West without the sheriff, trusting in invisible Adam Smith woo-woo to make it all work. Now they also want Web3, a decentralised blockchain version of the web which supposedly frees it from the power of the Big 4, Facebook, Apple, Google and Amazon, who reap the benefits from user-generated content while cutting the artists and creators out of the revenue stream. The fact that the Silicon Valley venture capitalists behind the Big 4 are the same ones now backing Web3 should be a big clue that the technology might be decentralised but the power certainly won’t be. If anything it will be the opposite, as Web3, just like the crypto casino, is based on using blockchain tokens. As web blogger Molly White points out, in a podcast series by Financial Times journalist Jemima Kelly, ‘When there’s a token involved, there is a speculative financial component’, to which Kelly adds ‘Web3 isn’t really about making the internet any fairer, or less easy to exploit by fatcat Silicon Valley investors, it’s… about introducing yet another layer of financialisation to the web’ (apple.co/3HyRhB8). None of this apparently matters to crypto ideologues with their warped notion of freedom. To them, the blockchain has become a fetishistic emancipatory totem.

To recap, the blockchain is simply a ledger system distributed across multiple computers that records digital transactions. All participants have a copy of this ledger, making it theoretically (though not actually) impossible to alter afterwards. The point of this is to prevent double accounting without relying on some central checking mechanism. What use is this in capitalism, a system entirely built around centralised hierarchical control? Many would say none at all, given that the technology is currently grotesquely inefficient in terms of energy use, requiring at least eight orders of magnitude more energy than a standard centralised alternative (bit.ly/2Kew9QE). Might it be useful in socialism, perhaps as a way to reduce the load on central administrative hubs involved in production and distribution? It’s possible, because the heavy power consumption involved is mainly caused by the current need for crushing layers of encryption, hash functions, public-private keys and all the rest of the paraphernalia of capitalist secrecy. Socialism, being a trust-based sharing cooperative, wouldn’t need any of that. Even then, blockchains might still be seen as overpowered, overengineered and overcomplicated in a society that may set more store by keeping it simple, stupid.