About 30 years ago, I was feeling a bit pleased with myself. My tiny donor booklet told me that I was on my tenth visit to a mobile blood donation unit. I can’t remember if I was still on the bed or having my brew and biscuit but I’ll never forget the spontaneous acclaim from everyone in that hall when a nurse announced that a donor had turned up to give blood for the fiftieth time. The contribution of most of us there must have paled into insignificance against that of the newcomer. So what? We were all there doing a Good Thing. And it felt good too.

I think we can safely assume that the 10,000 who responded to October’s blood supply alert were acting out of a sense of solidarity, public duty, call it what you will. They did a Good Thing, and will rightly feel good about it too.

Such behaviour sits very badly with the tale that we’re all hard-wired for selfishness and competition rather than for cooperation, that capitalism is our natural state. 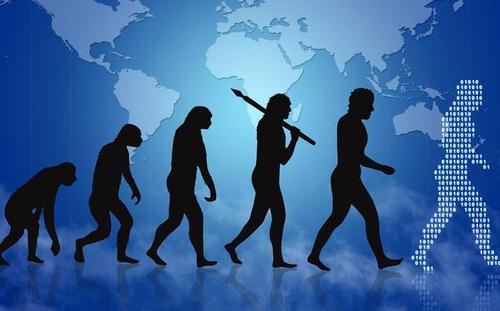 Solidarity is no new thing either – a recent report in Nature reveals that, 31,000 years ago, one of our kind, probably in childhood, had part of a lower leg surgically removed. Apart from the wow! factor of the approximate date (previous evidence for surgery dated to ‘only’ 7,000 years ago), what’s significant is that the amputee survived for at least 6 years in mountainous terrain which, the archaeologists infer, could only have been possible with ‘a high degree of community care’.

Our close relatives were at it too some 50,000 years ago. A 2017 study of a Neanderthal‘s skeletal remains shows that he survived into late adulthood despite a missing forearm, profound deafness – unhelpful when there are loads of predators around – and other severe physical problems. Again, the only inference that the researchers could draw was that his survival would only have been possible with continuous social support. In other words, Neanderthals could care for each other too.

Cooperation and sociability appear to have even deeper roots in the history of our species, as Penny Spikins, an archaeology professor at York University, argues in her newly published book Hidden Depths: The origins of human connection. We shall be reviewing this book in future no doubt but here is a taster from her conclusions:

‘We are innately wired to care for living and non-living things, to seek emotional comfort and to reach out to form connections. When the going gets tough, we tend to help each other.’

So it’s not just ‘human nature’ that capitalism’s supporters have got wrong – they misunderstand (or distort) what it means to be part of the genus Homo. Increasingly, scientific research shows that ‘the way we are’ is no barrier to socialism.

The question ‘Who should own the Earth?’ is a common one in political theory. To the capitalists, their private ownership of the land and the wealth they’ve stolen from the workers justifies their class collectively deciding the fate of the planet. The socialist response to the capitalists’ private ownership is that the Earth should be commonly owned by all and managed in the best interest of all. However, common ownership doesn’t solve all the issues which capitalist private ownership of the planet has created; profit over the welfare of the Earth has created a climate crisis (which at this point might be far too late to reverse regardless of the system) but, under a misguided interpretation of the idea, common ownership in the interest of all could lead to this same crisis. If you understand “in the interest of all” as meaning maintaining the ease of travel by car or plane you could justify maintaining the current rate of use of fossil fuels which is destroying the ecosystem.

This is the greatest flaw of the general understanding of common ownership, no group can truly own the planet. As humans we’re merely a part of nature and we have a duty to care for the Earth for future generations; this idea is known as stewardship. If we wish to maintain our planet for us and future generations, we must integrate it into our ideas of common ownership. If we as a species collectively own everything then it must be understood that ownership comes with the priority of maintaining and improving its condition. Simply put, private ownership is killing our planet for economic profit and common ownership can’t make the mistake of killing our planet for short-term conveniences or improvement in our material conditions; instead socialists must embrace the duty to protect the environment and repair the Earth after the ecological trauma of private ownership.

Next article: Cooking the Books 1 – ‘Ignorant and mistaken’ ⮞

One Reply to “Selfish by nature / Stewardship”