Life and Times – Too many people?

There’s a Facebook group I’m a member of called ‘Moneyless Society’. Recently someone posted the following message: ‘We could sustainably feed, clothe and house the world five times over. Overpopulation arguments ignore the elephant in the room, which is unequal distribution and consumption of resources. The Earth can support billions but not billionaires’. 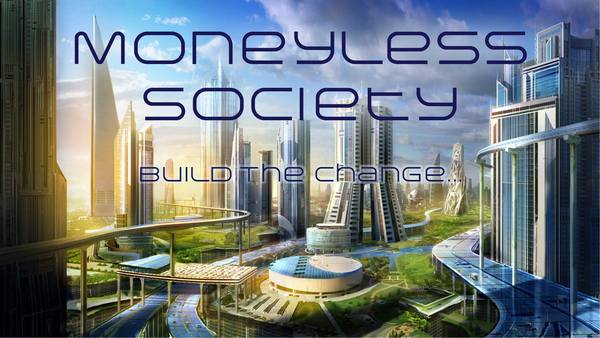 This statement, as per usual on social media sites, gave rise to many different and contrasting comments. Samuel Wascuteh, for example, disagreed: ‘The Earth cannot support billions of people living a first world lifestyle, including billionaires. I’d like to see the numbers on the sustainability claim’. Carly Morgan wrote: if every human went back to a hunter gatherer lifestyle, the Earth would still be stripped of its resources faster than they could be replenished’. Eric Fernandez’s reply to this was: ‘Based on what? What in the world are you talking about? Do you realize the entire human population of Earth can live in Texas?’ Derrick Seeto weighed in: ‘Most of our resources are renewable and recyclable. We need to stop using fossil fuel, that’s the only major problem. The second problem is waste, and making sure it’s recycled and gases recaptured. The third is at some point, livestock will have to be limited because of how much it limits food productivity. But none of this has to do with sheer numbers. Our food is solar powered. The limits are probably at least 100 times more people than we have now’. Dave Luxemburg seemed to agree but came at it from a different angle: ‘Population size has nothing to do with it, it’s unequal resource distribution that’s the problem’.

These opinions probably reflect the kind of divergent views on this topic we find both in the media and among so-called experts. As far back as 1968 a book called The Population Bomb by Paul and Anne Ehrlich latched on to talk of ‘population explosion’ by predicting that the two decades to come would bring mass starvation due to overpopulation. That didn’t happen and doesn’t show signs of happening now, but it hasn’t put an end to widespread fear of things falling apart owing to there being too many people for available resources. That is illustrated in some of the social media posts above and also argued by such well-supported and ‘respectable’ organisations as ‘Population Matters’ (David Attenborough is one of its patrons).

The population has of course grown considerably since the Ehrlichs wrote their book. Then, over 50 years ago, it was close to 4 billion compared with 7.7 billion now. But growth has been slower than they predicted, and of course the development of technology has brought an increase of resources and production to help provide, at least in part, for the increase in the number of people. And most well-evidenced predictions now are that, in the years to come, population growth will be slower still owing to factors such as the spread of methods of birth control and increased education for and empowerment of women, the latter being the strongest determinant of falling birth rates. The United Nations’ forecast is that by 2100 humans will reach peak population of 10.9 billion, while a study from The Lancet last year suggested that global population will peak at 9.7 billion in the 2060s and be well below 9 billion by 2100.

But is the supply of goods and services nevertheless being outstripped by the growth of population, as Thomas Malthus, in his famous 1798 Essay on the Principle of Population, wrote would always happen? Will there always not be enough to go around? Is evidence of this that even today (according to a Food and Agriculture Organisation estimate) 9 percent of the global population is suffering extreme hunger with an estimated 11 people every minute dying from malnutrition? And is overpopulation the cause of this? Or is the ‘elephant in the room’ mentioned by one of the Facebook writers (i.e. ‘unequal distribution and consumption of resources’) the important factor here? In other words, is enough actually already available to feed, clothe and house the world perhaps many times over, but without there being equal access to it?

Many believable sources say that this is the case and that this needs to change. But can it change in a system where production and distribution take place with the aim of selling goods and services for profit on the market? All experience suggests that it cannot and that decent survival will always be limited to those who have the means to buy what is essential for them to live comfortably. The supermarkets may be groaning with goods, but we can only get them if we have money. It’s can’t pay, can’t have. This brings us back to Dave Luxemburg’s point that ‘population size has nothing to do with it, it’s unequal resource distribution that’s the problem’, a point emphasised in even stronger terms by another, so far unmentioned, contributor to that Facebook discussion. Thomas Fouquet St Clair states flatly, and perhaps somewhat despairingly: ‘The problem has never been overpopulation but in fact mismanagement of the Earth and its resources. I have said that forever, but now it seems that people are still brainwashed to see otherwise’.

And this comment on ‘brainwashing’ seems to hit the nail on the head. People’s attention is easily diverted from the real problem – the way society is organised. The ‘overpopulation’ problem is really a misuse-of-resources problem. Capitalism, as a system of rationing via the market, is justified in people’s minds by a belief in scarcity and the idea that ‘there isn’t enough to go around’. Yet, whatever the future rate of population growth, what is abundantly clear is that, if resources were utilised rationally on the basis of production for use rather than profit in a properly democratic system of moneyless, wageless co-operation, everyone’s reasonable needs could be satisfied the world over.

So ‘overpopulation’ is just another distraction from the need to focus on the real problem – getting rid of the senseless, irrational system that builds in rationing of goods and everything else according to the money an individual happens to have in their pocket or their bank account. Socialist society will use the resources of the Earth to ensure that every man, woman and child is amply fed, clothed and sheltered. The current system of society – capitalism – cannot do this, quite simply because it does not exist for that purpose.

One Reply to “Life and Times – Too many people?”