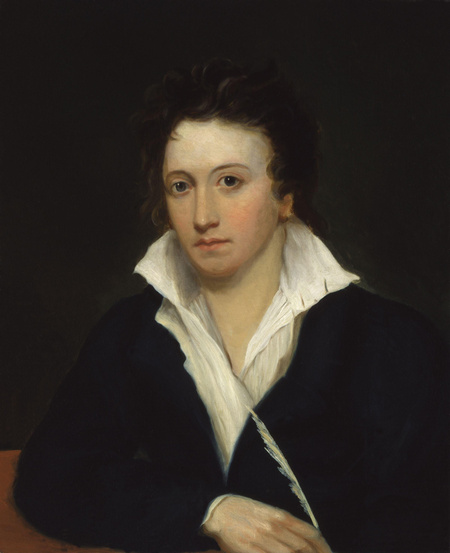 Shelley: In His Way, One Of Us

A century ago, this journal carried an article so titled (Socialist Standard, September 1922, bit.ly/3IGAvio ). Two centuries have passed along with generations of socialists and other workers since Percy Bysshe Shelley’s untimely demise. What would he make of the world today? There can be little doubt that for all the scientific advances made since his death he would soon realise that this world remains theirs not ours, and our ‘great awakening’ has yet to take place. Like Friedrich Engels and William Morris, he ‘… played his part in the great awakening of men, just as Marx played his, as we play ours, as all our readers can play theirs. The scientist, philosopher, and singer, age by age, so far as the development of Society would permit, have contributed to the freeing of our thoughts. They have given us ecstacy and knowledge. And the selfish ruling class cannot understand this. Ecstacy and knowledge, music and wisdom mean as little to such people as Gallipoli and Russia or work and wages. Shelley liked such people much as we do; much as G.B.S. likes roast pork and a bottle of Bass.’

‘The Rights of Universal Citizenship’

‘GBS’ was the playwright, vegetarian and teetotaller George Bernard Shaw. He is still wrongly viewed as a socialist and supported capitalist conflict (during WWI he declared ‘England is a guardian of the world’s liberty’) and in the pamphlet Fabianism and the Empire advocated the right of a capitalist state to acquire territory which it may consider backward, in the name of efficiency. He constantly beat the imperialist drum for bigger armaments; advocated a large army and military conscription. By contrast, Shelley in his Declaration of Rights stated ‘Man has no right to kill his brother, it is no excuse that he does so in uniform. He only adds the infamy of servitude to the crime of murder’ (Article 19 , 1812, bit.ly/3o3sVEM ).

We read: ‘Latvia’s defense ministry said on Monday that the Baltic country is bringing back its military draft to ward off a Russian attack — a move prompted by Russia’s unprovoked invasion of Ukraine’ (yahoo, 11 July, yhoo.it/3uIvIXT).

There is no doubt that Shelley would oppose conscription. And stand with the workers in Russia and Ukraine seeking to avoid working as paid murderers.

‘Danila Davydov said he left Russia within weeks of the Kremlin sending troops into Ukraine because he feared having to fight in a war he doesn’t support. The 22-year-old left St. Petersburg and is now working in Kazakhstan. “We feared President Putin would declare a mobilization and then everyone, young and old, would be called up to the army. I absolutely didn’t want to go and fight”. Davydov is among what some lawyers and rights advocates say is an increased number of young Russian men looking to avoid the country’s mandatory military service since the conflict with Ukraine, which Russia calls a “special military operation”, started in late February. That is despite the risk of facing fines or up to two years in prison. In Russia, military service is mandatory for young men aged 18 to 27’ (yahoo, 8 July, yhoo.it/3nRxO3H).

“My name is Ozymandias, king of kings;
Look on my works, ye Mighty, and despair!”
Nothing beside remains. Round the decay
Of that colossal wreck, boundless and bare
The lone and level sands stretch far away’

‘There is No God’

PBS had no lack of imagination, yet it is doubtful that he could envision a world of war and want still existing when one of peace and plenty had long been possible. Even Mary Shelley, the author of Frankenstein, would likely be shocked by the very real threat of Armageddon. The Shelleys were almost certainly spared nightmares of the MAD contrast between death by exotic weapons or stoning: 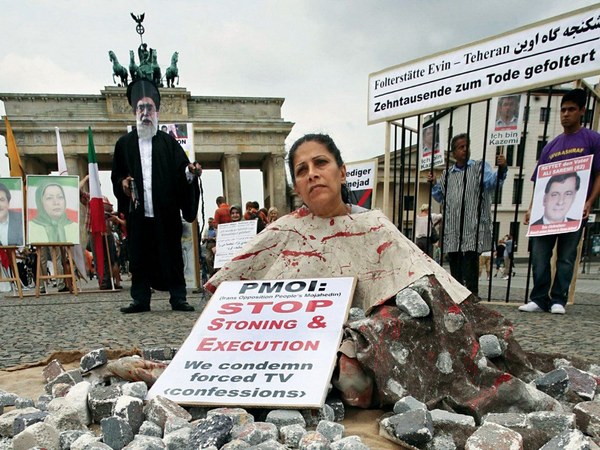 ‘A 20-year-old woman in Sudan has been sentenced to death by stoning for adultery, marking the first known case in the northeast African country for a decade… Iran has the world’s highest rate of execution by stoning and the Middle Eastern country regularly makes headlines for its employment of the practice, which came into force after the 1979 revolution. The Library of Congress believes that around 150 people were stoned to death in Iran between 1980 and 2009, although the reported numbers are probably lower than the actual figures’ (The Week, 14 July, bit.ly/3uPgZdw).

PBS by contrast thought ‘A husband and wife ought to continue so long united as they love each other. Any law which should bind them to cohabitation for one moment after the decay of their affection, would be a most intolerable tyranny, and the most unworthy of toleration’ (Queen Mab, 1813, bit.ly/3c3fFNF). His blasphemous freethinking got him expelled from Oxford University. And still today such thoughts can result in the death penalty in thirteen countries. For PBS, ‘Design must be proved before a designer can be inferred’ (The Necessity of Atheism, 1811, bit.ly/3OcKnBk). He would have been fascinated by our current understanding of human biology. We are an evolutionary hodgepodge made largely of bacteria, viruses, fungi and archaea. Our eyes see less than 1 percent of the light spectrum, and retinas detach easily – even the humble shrimp has better vision. We are also fitted with sub-optimal plumbing (breathing, eating, excretory and reproductive) and, yes, programmed to die – unlike Turritopsis dohrnii, the immortal jellyfish.

‘The Masque of Anarchy’

We wasted the last century and unless we act, capitalism will likely lay waste to this one. So:

Next article: Material World – A forlorn and forgotten nation ⮞