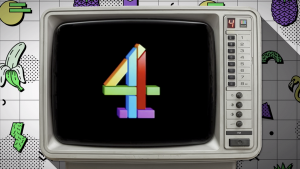 Any celebrations planned by Channel 4 to mark its upcoming fortieth birthday are likely to be clouded by its future as a state-owned broadcaster being in doubt. The channel which has brought us Big Brother, Bake Off, Brookside and Brass Eye is the most prominent of the 12 run by The Channel 4 Television Corporation, with others including Film4, E4 and streaming service All 4. Its content, which aims to be edgier and hipper than that of the BBC, ITV and Channel 5, isn’t made in-house, but by profit-seeking companies such as Endemol Shine UK and All3Media.

The Channel 4 Television Corporation is a statutory corporation, which means that its remit is decided by an Act of Parliament. On 4 April the government announced its intention to privatise the corporation, which would require a change in legislation, with its sale to the highest bidder expected in 2024. The government’s stated rationale is that a privatised Channel 4 would have more freedom to make money, with the implication that this will improve its programming. The previous Secretary of State for Digital, Culture, Media and Sport Oliver Dowden explained this in true Tory style: ‘There are constraints that come with public ownership, and a new owner could bring access and benefits, including access to capital, to strategic partnerships and to the international markets. Private investment would mean more content, and more jobs’ (tinyurl.com/puun7a93).

This is a u-turn from the government’s stance in 2016, when the then-Secretary of State Karen Bradley agreed with a report from the House of Lords which said ‘We are concerned that, notwithstanding assurances given at the point of sale, a private owner may seek to dilute Channel 4 Corporation’s public service remit in future, in order to maximise profit’ (p.4, tinyurl.com/26k45c7t). The change in policy is apparently due to shifts in the media landscape since 2016, particularly the rise of video-on-demand services. On 4 April current Secretary of State Nadine Dorries posted on Twitter ‘Government ownership is holding Channel 4 back from competing against streaming giants like Netflix and Amazon’. This isn’t really an equal comparison, as streaming services don’t broadcast news, which is one of Channel 4’s most popular products, but they are all competing in the overall media marketplace. Channel 4, along with other traditional broadcasters, is steadily losing viewers to the trendy streaming services. Consequently, the adverts which interrupt its shows have fewer viewers, and so the cost of advertising drops, which reduces its income and therefore its reserves needed to buy programmes.

This is a threat to Channel 4 because nearly all its funding comes through selling advertising slots. Although this wasn’t known to Nadine Dorries, who during a meeting of the Digital, Culture, Media and Sports Select Committee in November 2021 wrongly assumed that Channel 4 was funded by ‘public money’, and when she was corrected responded with ‘And… so… though it’s… yeah and that’ (tinyurl.com/2p8a5m6e). Dorries’ credentials for overseeing the nation’s culture were previously demonstrated by her eating animal genitals during her appearance on I’m A Celebrity… Get Me Out Of Here! which led to her breaking the MPs’ code of conduct and being suspended from the party whip.

Despite the market shifting towards streaming services, Channel 4 is in a confident position financially, reporting a record pre-tax surplus in 2020 (tinyurl.com/4hrzakwv). Media analysts Enders have estimated that the channel could be sold for between £600m and £1.5bn (tinyurl.com/yc76h7fa) to whichever hungry buyer wins the eventual bid.

Many people are against Channel 4’s potential privatisation, including its bosses. Chair Charles Gurassa said that its board has ‘serious concerns that the consequences will be very harmful, both to the UK’s creative economy and to the choice and breadth of distinctive British-made content available to UK audiences’ (tinyurl.com/yckd26yc). The National Union of Journalists and opposition parties don’t support the sell-off either, with Liberal Democrat culture spokesman Jamie Stone saying ‘This government seems hell-bent on trashing this uniquely British legacy and undermining jobs and investment in the creative sector’ (tinyurl.com/mem434kt).

With the criticism has come speculation on the political reasons behind the planned sale. Jeremy Corbyn tweeted on 5 April ‘The Tories want to privatise Channel 4 to shield themselves from accountability and drag the UK’s media landscape even further to the right. If Channel 4 falls into the hands of billionaire barons, the establishment moves closer to freedom from scrutiny at the expense of truth’. Channel 4 News has a reputation for being critical of the government, so the argument is that privatisation will stifle this. Previous Minister of State for Media and Data John Whittingdale said ‘This is not motivated in any way by a political agenda or ideology. It is about sustaining Channel 4 and making sure that it has a viable future’ (tinyurl.com/yc3xunss). But there is an ideology involved, that of believing that organising production is best left to the dynamics of the capitalist market. Those opposed to privatisation are concerned that increasing the extent to which market forces affect the channel will damage programmes which have less potential to be profitable, such as the news and niche drama. Where they’re mistaken is in assuming that the channel is sufficiently protected from market forces by remaining state-owned. Whether Channel 4 is ‘privately’ or ‘publicly’ owned, its output is still produced by companies motivated by profit, and shaped by commercial interests, such as the rise and fall of viewing figures representing changing consumer levels and therefore income. And even while the channel is ‘publicly’ owned, the public doesn’t own it in any practical way. Channel 4 already runs according to what’s in the interests of media companies, which privatisation would only reinforce.