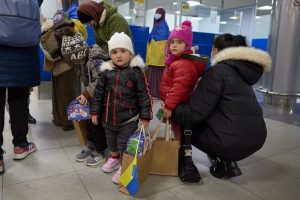 War without end
One hundred years after the war to end all wars (1914-18) started, Russia’s current war against Ukraine began. February’s major escalation has made it the largest war in Europe since the end of WW2. The mass exodus of millions of children, women, and men too old to be conscripted is similarly record breaking. In 1914 we were told that German ‘militarism’ had to be rebuffed and ‘plucky little Belgium’ supported. Today we are told by the US Ambassador to UN, Linda Thomas-Greenfield, that ‘There can be no fence-sitters in this crisis’ (pl.usembassy.gov, 21 February, bit.ly/3CWTJgB0) and are encouraged to #StopRussia and #StandWithUkraine. But the truth is wars are always and only waged for largely commercial reasons – access to raw materials, markets, trade routes and strategic positions from which to defend them all. ‘Russia’s president knows exactly what he wants, and it’s not eastern Ukraine. His interests are all about oil and gas and supply routes. The rest is smoke and mirrors’ (Daily Beast,1 March 2015, bit.ly/3M0FAmK). Socialists oppose all capitalist wars, so-called ‘progressive wars’ or struggles for national liberation. Workers have no country. ‘Russia’s 500 Super Rich Wealthier Than Poorest 99.8% ‘ (Moscow Times, 10 June 2021, bit.ly/3M0FAmK). Similarly, ‘in total, the top 100 wealthiest business people in Ukraine control around $44.5 billion, according to Forbes, which accounts for 27% of Ukrainian GDP in September, 2021’ (en.wikipedia.org, bit.ly/3wmpmiz). Indeed elsewhere, ‘since the onset of Covid-19 in early 2020, the combined wealth of the 650 American billionaires has increased by nearly $1 trillion’ (commondreams.org, 30 November 2020, bit.ly/3L4dypj). The overwhelming non-owning majority, those who do the fighting and the dying, effectively get nothing. Would any worker, apprised of this, raise even a paintball gun? Hence the need for Wilfred Owen’s ‘old lie’: ‘it is sweet and fitting to die for one’s country’.

Class war
‘Would you stay and fight or leave the country? A bare majority, 55 percent, said they would stay and fight, while 38 percent said they would leave. “When confronted with a terrible hypothetical that would put them in the shoes of the Ukrainians, Americans say they would stand and fight rather than seek safety in another country,” said Quinnipiac polling analyst Tim Malloy. That’s one way to spin it, I guess. For me, the fact that just under half of my friends and neighbors would hypothetically abandon their homeland and all it stands for in the face of a foreign invader is less than encouraging. Many people don’t even seem to have hypothetical patriotism, let alone fortitude. Further disheartening is that the youngest Americans, those ages 18-34 and most physically capable, were even less likely to stay and fight. Only 45% said they would remain, while 48 percent would flee’ (postbulletin.com, 17 March, bit.ly/3ufS95o).

Less than encouaging? Disheartening? Not at all! We said at the ‘start of WW1 ‘…that no interests are at stake justifying the shedding of a single drop of working-class blood’ (Socialist Standard, September 1914). Let the capitalists fight it out themselves: 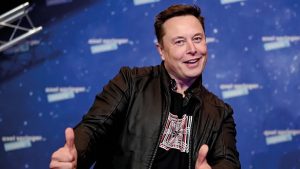 ‘SpaceX and Tesla CEO Elon Musk is offering to fight Russian President Vladimir Putin, saying that if he wins, Putin will have to withdraw his military forces from Ukraine. “I hereby challenge Владимир Путин to single combat,” Musk tweeted, using Cyrillic in an apparent bid to make sure Putin understood him. He added, “Stakes are Україна” — Ukraine’ (dailymail.co.uk, 14 March, bit.ly/34Wkxkx).

War and want
War is completely unnecessary. We are living in a world that has enough resources to provide plenty for all, to eliminate world poverty, ignorance and disease, to provide an adequate and comfortable life for everyone on the planet. Yet under capitalism resources are squandered on armaments, of individual as well as of mass destruction, and, as now, in actual war. ‘Chancellor Olaf Scholz’s Feb 27th proposal to ramp up defense expenditures by tens of billions of euros, spurred by Russia’s war on Ukraine, has defense officials in Berlin scrambling to identify spending opportunities that promise fast results, according to several company officials who spoke on the condition of anonymity to discuss internal deliberations’ (yahoo.com, 11 March, yhoo.it/3tULddM). 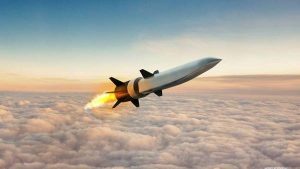 Hypersonic
‘Russia unleashed nuclear-capable hypersonic missiles for the first time ever in combat, obliterating an ammunition depot in western Ukraine, its defense ministry said Saturday, as embattled President Volodymyr Zelensky made an urgent plea for “meaningful and fair” peace talks and the strategic port city of Mariupol was on the precipice of falling to the invaders’ (nypost.com, 19 March, bit.ly/36bdMfm). 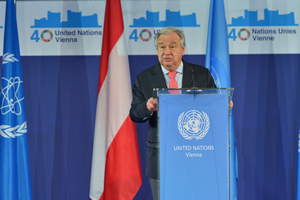 No WW4
‘”The prospect of nuclear conflict, once unthinkable, is now back within the realm of possibility,” United Nations Secretary-General Antonio Guterres’ (axios.com, March 14, bit.ly/3uf7nHW).

Rosa Luxemburg offered us a prescription in 1918: ‘During the four years of the imperialist slaughter of peoples, streams and rivers of blood have flowed. Now we must cherish every drop of this precious juice as in a crystal glass. The most sweeping revolutionary action and the most profound humanity—that is the true spirit of socialism. A whole world is to be changed. But every tear that is shed, when it could have been staunched, accuses us’ (marxists.architexturez.net, bit.ly/37Pd3RH).

Next article: Material World – One World, One People ⮞