Pathfinders – You are now in Capitalist Economic Time 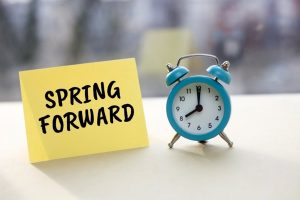 On 27 March the clocks once again go forward an hour, in line with the seasonal ‘spring forward, fall back’ daylight-saving scheme.

But possibly not for much longer. What with Brexit, the pandemic, and Russia and the West playing Dr Strangelove, you may have missed the fact that the European Parliament voted to scrap daylight-saving back in 2019, though recent events have conspired to delay the changeover.

Why are they scrapping it? Because it doesn’t make sense anymore. It was first introduced as a war measure in Germany in 1916, to save energy on lighting. Britain quickly followed suit, and many other countries soon afterwards. With modern lighting systems and more efficient energy sources, this reasoning no longer holds up. Many areas of the world, like Africa, east Asia, and most of South America, don’t bother with it at all. And there are other concerns. The RAC says that the rate of road accidents increases by 19 percent in the two weeks after clocks-back in October (bit.ly/3oPR9U1), while a 2012 study found a 10 percent increase in heart attack risk after clocks-forward in March (bit.ly/3oPFxQW). But retail businesses like it, as they think it makes people stay out later in the winter so it makes them more profits.

Nothing about time makes much sense. It’s hard for computers to work with, because we use minutes and seconds in base 60, and hours in base 24, as inherited from the ancient Babylonians who divided both the year and the circle by the same number, 360. The enterprising French revolutionaries in the 1790s created a decimal metric system for weights, measures and even time. The metric system stuck, but decimal time didn’t. It’s not hard though. China used a decimal time system for over a thousand years before adopting western time in 1645 (bit.ly/3GQJURG).

UK Prime Minister, party animal and patriot Boris Johnson of course announced that Brexit Britain might refuse to fall into line with Europe if they scrap daylight-saving. But this would put Northern Ireland and Eire in different time zones, no small inconvenience to regular cross-border traffic. People already have to change their watches when crossing from Spain into Portugal, because Spain and indeed France are in the wrong time zone. How come? Because of a weird temporal anomaly known as capitalist politics.

When you look at a world atlas, you see perfectly straight lines of longitude and latitude. Political entities and physical properties have no bearing on these lines. You might imagine that time too would be immune from such considerations, starting at GMT±0 (aka UTC or ‘Zulu time’) and proceeding east in hourly increments to the dateline and then in decrements back to zero. You probably picture these zones as being like wide vertical stripes extending from pole to pole, which you only cross when travelling East-West or West-East. But if so, you’d be spectacularly wrong.

Time zones are only regular stripes over international waters. Over land, the clocks melt like a Dalí painting, the zones warping and twisting and contorting as if by some powerful magnetic force, flowing along coastlines, extruding far into neighbouring zones, and even jumping to entirely unrelated zones in little isolated splashes.

If you were to travel due south in a straight line from northern Norway (GMT+1), you would have to set your watch forward an hour to enter Finland (GMT+2). Then an hour again to enter Belarus (GMT+3). Then an hour back for Ukraine and the Black Sea (+2 – although if Russia were to invade as some believe, Ukraine would likely be switched to Russian/Belarus time +3). Still going due south, forward an hour for Turkey (+3) but back again for the Med and North Africa (+2), then forward for Ethiopia down to Tanzania (+3) and finally back again for Malawi and Mozambique (+2). That’s a North-South longitudinal line involving three time zones and seven clock changes.

This haphazard zone-bending or jumping is apparent almost everywhere you look on a world map (bit.ly/3oOOyta). The time zone numbers are not always whole integers either. Iran sits at GMT+3 ½, Nepal at GMT+5 ¾. A more awkward and convoluted system could scarcely be imagined, and all to satisfy precious nationalistic sensibilities.

The popular (and free) astronomy app Stellarium has a User Guide which takes a refreshingly high-minded stargazer’s view of all this: ‘The world is split into political entities called countries. Humans have an unappealing tendency of fighting over the question to which country some territories should be counted. In consequence to much unnecessary and unfriendly discussion we decided to completely drop the petty-minded assignment of political country names to locations in favour of geographical regions. There is only one known habitable planet, one humankind, and one sky. Stellarium users should overcome borders!’ It seems that astronomers and socialists are on the same page. Maybe there’s something about staring at distant galaxies that puts this world into its proper perspective.

There’s nothing sacred about time zones. They were only introduced in the 19th century to synchronise railway timetables. Theoretically, in socialism, we could abolish them and adopt a Single Common Time. Assuming GMT as the baseline, Australians would simply have to get used to having elevenses at 23.00 hours, just like they have Christmas beach barbeques in summer. But there would be no obvious advantage in doing this, any more than having 100-minute hours or ten months to a year.

Assuming therefore that we retained time zones, we could theoretically make them as straight and regular as a global zebra crossing. But this would be impractical and even downright silly. Can you imagine having to reset your watch when you cross the road to visit a neighbour, because your street happens to cross a notional time zone? No, you’d simply redraw the time line around your town to save such bother, and probably around neighbouring towns and cities too. What would be a reasonable distance to travel before having to reset your watch? In short, how far would you bend time?

That depends on geography. We often say there would be no borders in socialism, aside from natural barriers like rivers and mountain ranges and oceans, because there would be no states and no ‘countries’ as such. But it’s not entirely true. There would indeed be borders, based on time, invisible and yet real in the sense that you’d have dislocate your day to pass them, with what cultural ramifications we can’t predict, though of course there’d be no fences, guards or customs. Where exactly we might draw these borders would be a matter of debate, but at least it would be a practical and democratic debate, and a relaxed one at that, not one tainted by any squalid nationalistic, political or colonial interests.

6 Replies to “Pathfinders – You are now in Capitalist Economic Time”