Electric cars are still unusual enough that when one glides past, its lack of noise is more unexpected than the roar of a revved-up engine. Around 2 percent of cars on the road run on electricity, and the number will increase as we head towards 2030, when sales of new cars which only run on petrol or diesel will be banned in the UK. Electric-only and (less so) hybrid cars represent the future because they’re seen as playing a vital role in reaching targets to reduce carbon dioxide emissions.

A recent brace of documentaries aimed to highlight some of the problems with this growing industry. Channel 4’s Dispatches: The Truth About Electric Cars focuses on some of the practical drawbacks to electric cars, while Panorama: The Electric Car Revolution: Winners And Losers (BBC One) looks at how the materials needed for their batteries are mined. 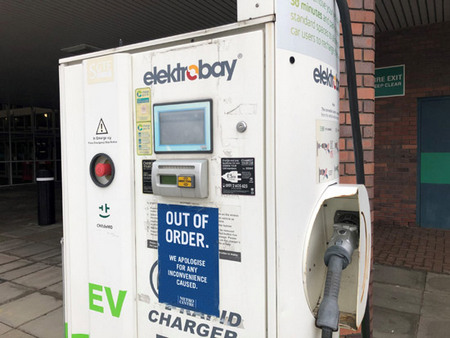 Both programmes cast doubt on the extent to which electric cars should be deemed as just what we need to save the planet. After all, the energy they use comes from somewhere, so even if emissions don’t come out of an exhaust pipe they instead come from a power station which may or may not use renewables. Hybrid cars run partly from an electric battery and partly from petrol or diesel, and so have some exhaust fumes, less than a traditional car. However, the Dispatches documentary runs a test which reveals that some hybrid vehicles emit more carcinogenic ‘volatile organic compounds’ than petrol and diesel cars, especially when they’re started up. Another problem highlighted is the lack of places to charge batteries. There are currently over 26,000 plug-in charging points in the UK: some are state-funded and most are provided by private companies. Long journeys are stressful because drivers fear not being able to find a working charger when they need a top-up, especially away from London and the South East, where almost half are found. The number of new electric cars rolling off the production line is increasing at a faster rate than the number of new chargers being installed. According to one of the experts interviewed, 35,000 new chargers are needed each year to meet upcoming demand, while only 7,000 a year are fitted at the moment. Another consideration is that the efficiency of batteries gradually declines, and one way to slow this is to awkwardly keep them charged at between 20 per cent (or ideally, 50 per cent) and 80 per cent of capacity.

Any new technology will have teething problems as improvements are made. But, like everything else, the development of the electric car as a replacement for petrol and diesel cars is happening through the framework of capitalism. Its need to generate profits pushes this development, rather than what’s needed or most practical. And coordinating the rollout is going to be hampered because the market relies on competition rather than cooperation, shown in the 60+ companies which operate the charging points. Also, electric cars don’t change the structure of the transport network. More and better trains, trams and buses would reduce both pollution and congestion, although in practice these options tend to be less easy to squeeze a profit from. The profitability of electric cars is shown by the rapid rise of Tesla to being market leaders. It’s now the world’s most valuable car company, worth more than most other big players combined.

Tesla aims to have sold a million electric cars in 2021. Each one’s battery contains on average 3kg of the metal cobalt, so demand for this is rising alongside demand for the cars. Nearly two thirds of the world’s cobalt supplies are mined in the so-called Democratic Republic of Congo, and the town of Kolwezi is on the richest seam. Predictably, the wealth generated by the industry doesn’t reach the miners who live in poverty, often without easy access to water or electricity. The Panorama documentary says that this is due to corruption, although it’s built in to the system that wealth will tend to head towards the elite. The Sisters of the Good Shepherd run a charity to help support the mining community in Kolwezi. They’ve bought shares in Tesla with the aim that this will give them influence at board level to encourage ‘ethical partnerships’ and the redistribution of wealth to the workers. Their attempt at Tesla’s online AGM to have commissioned an independent review of the company’s cobalt supply chain was voted down by other shareholders, likely wary of exposing exactly how cobalt is produced. Most of the mines in Congo are large-scale commercial operations, with up to 30 per cent of cobalt being mined by hand. The camera crew visit one of these ‘artisan’ mines, where hundreds of workers use basic tools to dig out surface seams, without any safeguards or facilities which might eat into profits.

Tesla have a deal with Anglo-Swiss mining company Glencore, which has been suspected of using cobalt from artisanal mines, although Tesla claims that the cobalt used in its batteries is ‘ethically sourced’. Publicly, it ‘aspires to be a ‘do the right thing’ company – in other words, engaging in conduct that your family would be proud of’. Some miners have unsuccessfully tried to sue for damages after incidents in the commercial mines, and Panorama interviews those who have been victims of mine collapses and have reported being shot by mine guards. Tesla, Glencore and other corporations can afford lawyers expensive enough to push these cases in their favour.

Glencore’s operations were also associated with a leak of sulphuric acid into local waterways, which it said it had no concerns about outside the immediate area. It has also been trying to evict thousands of artisanal miners from where they have lived and worked for decades, although Glencore’s interpretation is that the miners are occupying their land. If Glencore replace artisanal mines with modern ones then working conditions may improve, but fewer miners will be needed, driving the others further into poverty. There have also been allegations made against Dan Gertler, to whom Glencore pays more than a hundred million Euros a year in royalties. As ‘one of the most notorious middlemen on the planet’, he is accused of making a corrupt fortune in dodgy deals and secret payments. Glencore is now facing criminal investigations in both the UK and USA, although it maintains it operates lawfully and ethically.

The claims of ‘ethical’ practices in the production of electric cars and their green credentials sound less convincing once the details are looked into. Electric cars have a role to play in reducing damage to the environment, but trying to achieve this in capitalism is skewed by the market’s priorities.